en.infoglobe.cz » Indonesia: No It Did Not Burn Down I – Java: Mt Muria – The Holy Mountain

Two mountains are located on the peninsula – Mt. Genuk is in the north, spreads over most of the peninsula and is a dominant sight. The ridge consists of several summits under the name Mt. Muria (1 602 meters above sea level). This was the place where we were heading to. 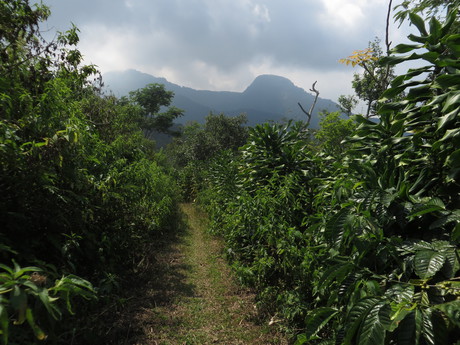 We were told by some locals that one can climb the volcano even when going from south or north. They recommended us the south foothill (you have to go there from Colo village). They claimed that only there we will learn about beautiful nature around and culture. We rented a motor scooter in Jepara (a city in the southwest part of the island) (about 5 dollars a day). This marked our first trip on overcrowded Indonesian roads and I can sincerely say it was the worst traffic ever. No rules, passing at the left side or right side, driving on pavements, through no entries… And everywhere the traffic was beyond believe (Java is the most populated island in the world). 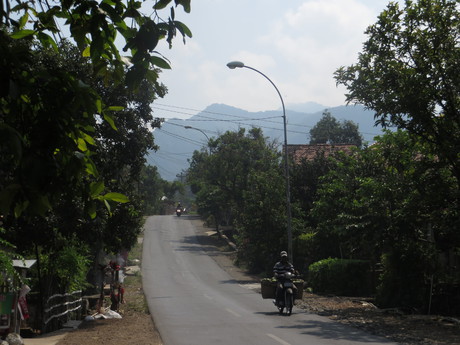 1.5 hours later we reached our destination - Colo village. Surprisingly we found it with easy. Large villages or important sites are pretty well marked unfortunately you don’t quite know when a village starts or ends, therefore, if you have reached the place you want or not. The area of Muria is a sacred area. Right above Colo village there is the tomb of one of Islam’s nine saints. The tomb of another saint is near Kudus. 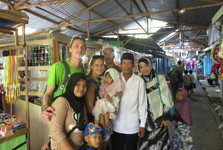 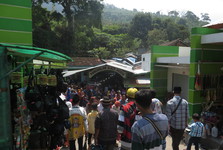 Right away when we found ourselves in the area we realized it is not your typical tourist area. I really felt weird wearing shorts and an undershirt. Even a scarf covering my shoulders wasn’t very helpful. Steep stairs go up to the tomb lined with countless stalls selling all kinds of products. All who come here want to pray at the Sunan Muria’s tomb. There was nobody who wouldn’t notice us, some Muslim families even took pictures with us. Everybody greeted us: “Hey Mr.” , “Hey Miss”. It was really interesting feeling being in the center of attention of so many different people yet we got tired of it soon. When we were taking pictures with one group it caused a chain reaction and it was difficult to get back on our road. To give access also to old people who want to pray at the tomb there are taxi motorbikes (they give a lift to those who don’t want to walk or cannot). This was the most beautiful, the cheapest, and the most innovative marketplace we have seen. 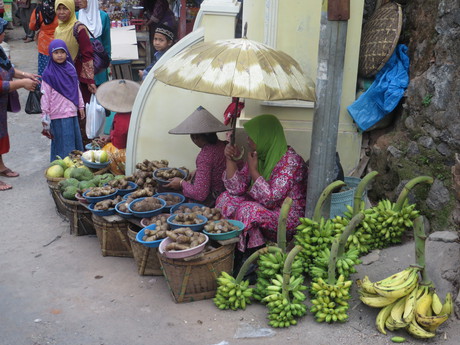 We were getting tired of the crowds therefore it was wonderful to finally reach the tomb and split and make our way up to the hills. Locals really don’t go there because they are not used to do much walking in general. Noises were finally fading away and sound of nature finally calmed us down. We walked mostly in coffee plantations with rainforests covering asymmetrical hills in the distance, which consist of massive old trees, palms, tropic flowers and lianas. Mountains around are diverse and covered by trees and pathways. One even doesn’t know what to listen to first. It was rewarding for our ears this trip as Indonesian don’t mind noise n general. 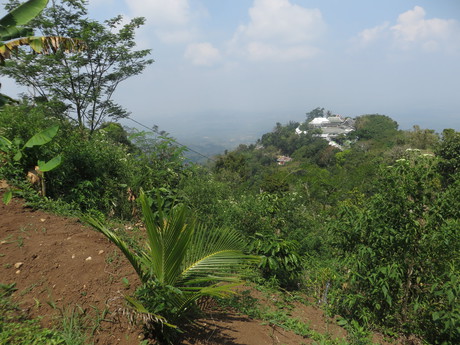 Should you be in the area be sure to pay visit to this beautiful mountain.