Isfahan is referred to as „a half of the world“, which comes from the idea that the city is one of the most beautiful in the world. Today, we take a peak why the city is so extraordinary 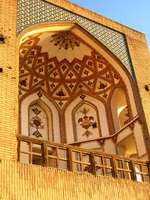 The Isfahan of the present is a city of almost 2 million inhabitants making it the third largest in the country. You can find it on fertile fields around the Zayanderud River at the foothills of the Zagros mountain range.  Despite its altitude at 1500 meters, Isfahan is pretty hot in summer. It is no surprise when temperatures climb to around 35 °C.

The best examples of architecture in Isfahan are the bridges across the Zayanderud. The oldest is Sahrestan bridge. The oldest part of the bridge comes from the 3rd century, the time when the Middle East and Central Asia was ruled by potent Sasanian empire. The bridge is more than 100 meters long, 5 meters wide.

Modern yet not less interesting is the Khaju Bridge which was built by Shah Abbas II around the mid-17th century. The Khaju Bridge is atypical in way that it was also used as a dam. On the top of the bridge, is quite large building which was used either as a gathering place or a tea shop. Inside it was decorated with small tiles or paintings. The bridge is one of the best examples of Persian architecture. 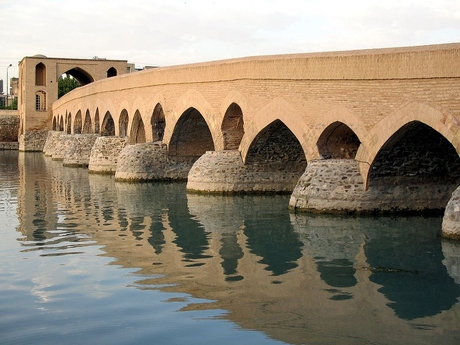 As for the size of the bridge, Khaju is bit longer than Sahrestan Bridge. It is 133 meters long and 12 meters wide. It was built of bricks and stones.

We also shouldn’t miss a bridge that is simply monumental. IT is Siosepol Bridge that is the longest as it measures 300 meters. It was built at the turn of the 16th century and it is also considered a perfect example of the Safavid era. Its name means “a bridge of 33 archs”. 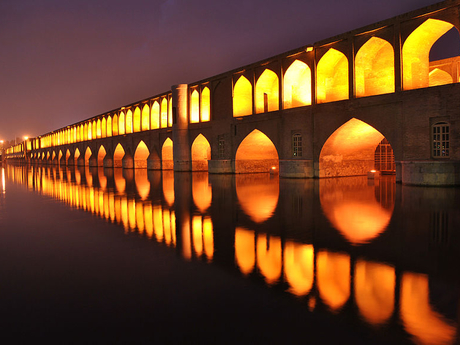 Once you get tired of all the bridge of Isfahan, you should regain your energy with some typical local food. You can try, for instance beryuni. This food is prepared by using baked lamb and minced lungs which are fried and spiced with cinnamon.

Would you rathr prefer something sweet? Try gaz, a kind of Persian nugate which has often pistacios or almonds in it. 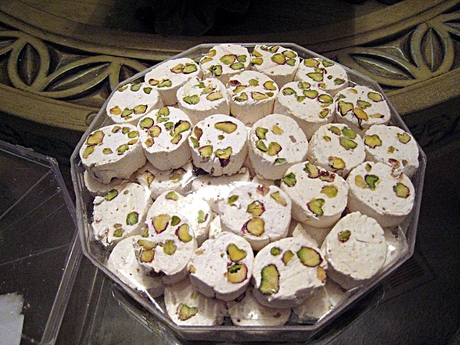 Isfahan offers a lot more sights, meals, interesting places, or cultural events. We will certainly return to the city at some point in the future.