The city of quarter million is also the capital of Kashan province in northwestern part of the country. The region where Iran and its neighbor Iraq are located, is the cradle of civilization. The archeological findings in and near Kashan only confirm this claim. Today, you can see, for instance, a 7 thousand years old ziggurat (a form of high terraced tower), set in present Kashan’s suburb. 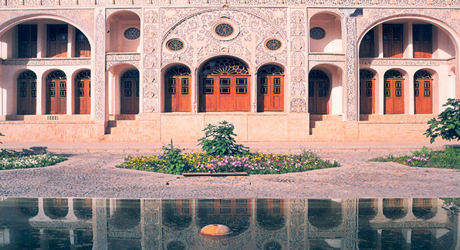 Kashan is located near from Tehran, only 3 hours of car ride. It is 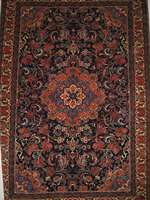 a different kind of experience that you would get in the Iranian’s capital. It is really hot in there. Unlike in Tehran, where you can go on long walks without even getting sweaty.

Fascinating ziggurat we have mentioned earlier is not the only historical sight there. Kashan has a number of them. For instance, the city has a bazaar

which consists not only of a marketplace itself but some mosques, caravanserais, arcades, spas, and water reservoirs as well.

When you are done enjoying noisy atmosphere in the bazaar, you should rest for a while. Therefore, it would be a good idea to visit the historical Persian garden of Bagh-e Fin. It is the oldest existing garden in Iran as it was built in 1590.

It is a real place of peace and quiet. This 2 ha garden has many cypress trees. Its main yard is protected by a wall and four towers. As many Persian gardens of the time it has many water works. The garden is fed by a hillside behind it. The water pressure is so strong that there was no need to install pumps. 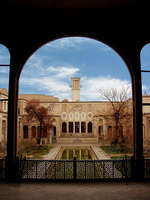 There are couple of old town houses. Some wont let your futher than on the main yard. Other are open to thorough exploration. The houses have basement where you can cool down a bit in the summer heat.

One of the most well-known houses is the house of Boroujerdi. The house belongs to a business family that moved to the city about a hundred years ago in the need of having a residence. The construction took 18 years with dozens of workers, architects, and painters walking on it constantly. Some architectural details were designed to protect the house against the climate.

The Abbasi is another historical house. It was built somewhat earlier than the Boroujerdi, concretely towards the end of the 18th century. It has six yards. One room has a small mirrors on its ceiling to create an effect of star sky in the night under candle lights..