One of the places you shouldn’t miss in Tehran is The Treasury of National Jewelry. It is the collection of the most expensive jewelery in the world which has been collected for centuries. Every piece of this collection reflects dramatic history of this country. On one hand, it celebrates the craft of the Iranian people as it shows its rich culture. On the other hand, 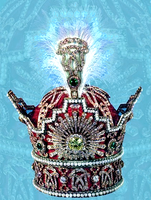 it reminds of the times of oppression.

One has to note that the collection includes Iranian crowning jewelry, couple of crowns, decorative thrones and some

tiaras, swords, or shields. There are also plates of expensive metals, jewels, or golden globe that has oceans made of emeralds, and parallels and meridians of diamonds.

Lets leave treasures behind and see another important place of Tehran- Borj-e Milad tower. It is relatively new built only in 2007. It is the highest building in Iran and the second highest tower in the world after Tokyo Sky Tree (634 m), Canton TV tower (600 m), CN Tower in Toronto (533 m), Ostankino Tv Tower (540 m) and Oriental Pearl Tower (468 m). 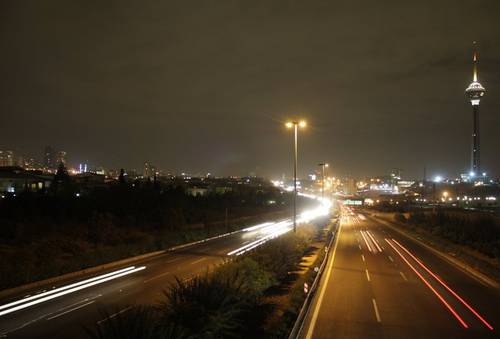 The ground floor and the observation platform are for the visitors. To the top will get you six elevators that accelerate to 7 meters per second. Up is 25 thousand steel construction consisting of twelve floors. Except public observation platform, there is a restaurant, art gallery, or a VIP restaurant. The highest floor is in 315 meters. The rest of the tower is 120 meter high antenna..

The last place we see together is the Grand Bazaar . Baz 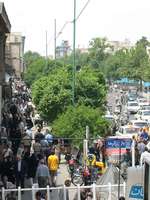 . It is the place that is more than just market. Local and international trade are agreed upon there, people gossip about politics, or national, and religious symbols are exhibited there. You can see there people of all classes.

The largest bazaar in Iran is located in the center of Tehran. Since the end of the 19th century it became the center of economic and political history of the country. It had an important role during the 1979 revolution. It was there were conservative forces concentrated and supported the Islamist revolution that overthrew pro-American Shah Pahlavi.

Bazaar in Tehran is split into couple of corridors each specializing on different kind of goods. You can find there corridors selling carpets, paper, or precious metals. Of course, more and more you can see there modern goods such as electronics.