It is yet another country with not particularly good reputation in the Czech Republic and the West.

Which is mostly due to it nuclear program. We, however, are interested in the history of the country where its 77 million people live in the area of 1,6 million square kilometers.

True, Iran has somewhat strict rules and every traveler should abide by them. For instance, women have to wear hijab (a scarf covering hair, neck, and bosom. Yet Iranian women don’t have to wear burka that would cover their whole body. Also, it is suitable for women to wear trousers, or long skirts.

Many travelers agree that you should forget about stereotypes and fears of Iranians. People there are very friendly. The country should be perceived rather as a country with significant cultural tradition. Iranian culture is one of the world’s oldest. The space the Persian empire ruled over then influenced cultures in countries such as Italy, Greece , or Russia. 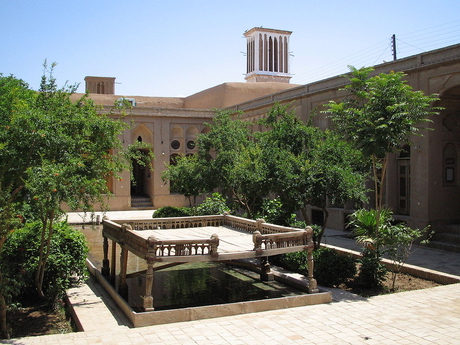 If you really want to enjoy local culture, you should consider getting accommodation at caravanserais . In the antiquity and middle-ages, caravanserais served as a rest place to merchants and traders. Also, you can live in old nobility houses which were rebuilt to hotels. 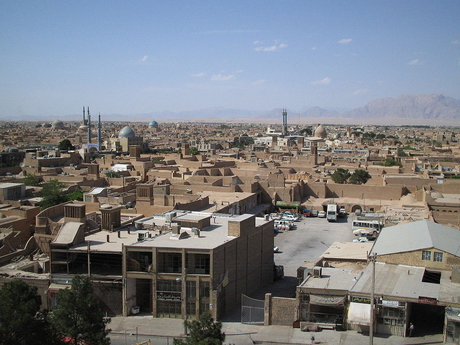 Yazd is one of the largest and oldest cities in Iran. First settlers came there at least 5000 years ago. The geographical location of Yazd has large strategic value as it is set in hardly accessible area making it almost unconquerable. Even in the 13th century, the time when Gengiskhan’s armies were plundering Asia the city was spared the violence and became safe haven for many. 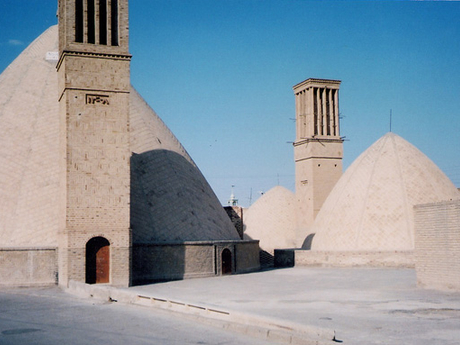 The city is set in hostile climate yet many difficulties as water supplies, or air conditioning were solved in a smart way already long in the past. Yazd has one of the longest network of channels. These artificial underground channels bring water to the city by sheer power of gravity. Many houses had installed also wind catchers, shafts bringing air into the structure. Often these shafts are connected to water reservoirs thus cooling down water. Thanks to it water has almost freezing temperature even during summer heat. 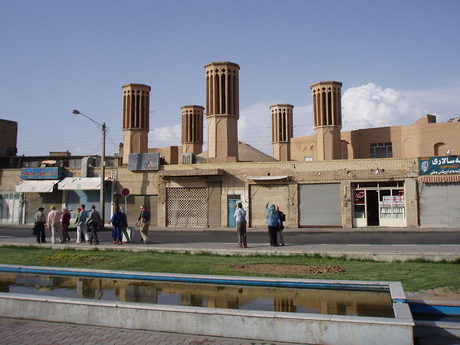 Any visit to Iran asks for tasting some traditional local meal. Kabab would be a good choice (we know it rather as a kebab), for it is Iranian national meal. Meat is usually served saffron and basmati rice, or naan. Often, you can see meal with stewed eggplant.