en.infoglobe.cz » Ireland – Connemara National Park and an Advice Where to Go for a Good Whisky

We were decided to make a visit to Connemara park bit more interesting. We bought aone-day guided bus trip in Galway. However, we wanted to make more thorough walks in the park. Therefore, we asked to get off the bus at Killary Fjord v Leenane (the travel agency even offers this possiblity), and spent a night in tent. On the following day, we moved down the scenic bus route. You can bargain about anything with the Irish. You can buy a ticket which would get you to the terminus in public transport. Its no problem to even get off the bus for couple of hours and then catch following connectiona. Don't worry to ask. You will spare some money. 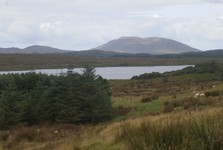 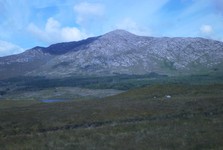 Our bus tour was quite a cheereful experience. The driver was also the guide. He alway carried a plush sheep and you could have seen that he enjoyed his work. He made short stops on scenic points where everybody took beautiful pictures. At Kylemore abbey, we made a longer break. The abbey was founded in 1920 on the founations of Kylemore castle (built around 1870). It seems like somebody painted it on the landscape. Till you get closer to the abbey, you won't believe it actually is there. Also,  Victorian Walled Gardens are another qutie well-known place to visit there. 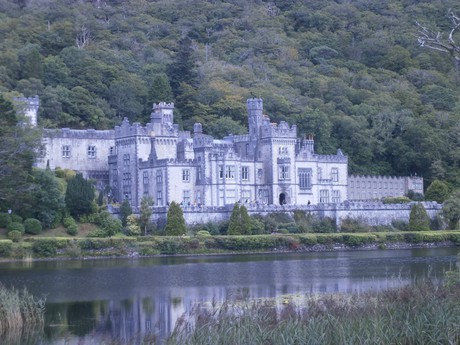 We reached the fjord, palce where we got off, around 2 o'clock. The weather was good so we set off to explore the area on our own. On our way we saw more sheep than people. Nice thing for a change. All around was beautiful Irish nature - mountains lining the fjord and its blue water. A small cruise boat can sail through the fjord easily. However, once we sought some suitable accomodation first problems appeared. You can break a tent anywhere in Ireland except on private ground. Unforunately, sometimes its quite a challenge to find a good spot which is not privately owned. I recommend you to carry a good foam mat with you. Eventually, after some while we found a good place. 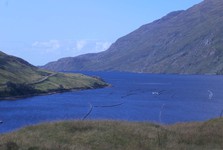 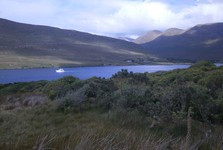 The bus driver didn't forget about us on the following day. So we would ride with him to other two famous places. The first one was Cong village. Next to movie props there is romantic Cong Abbey. Close to the village, there are ruins of Ross Errilly Friary, what you might call a typical Irish medieval monastery. It is free of charge to enter it and the guide can give you commentary about its history. 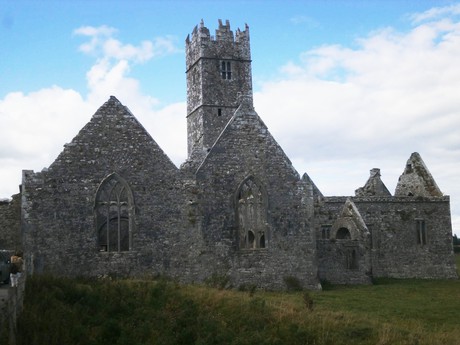 We left Galway for Dublin (there regular and fast bus lines). Our jorney was almost completed. However, there was still one "task" ahead - a visit to a whiskey distillery. On the half way between Galway and Dublin, there are actually two distilleries. The famous Tullamore, and Kilbeggan. We had a commented walk through with whiskey tasting, an experience I recommend to everybody. 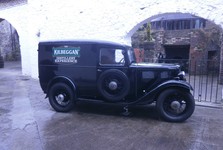 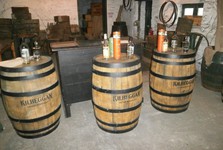