en.infoglobe.cz » Ireland - Dingle  Peninsula and a Journey to the Westernmost Part of Europe II

Nobody seems to be in hurry. It seems like there is hardly any civilization. About two thousand people live there but despite this fact, there is almost everything you would seek in a town – convention center, shops, a cinema, coffee bars, doctors … And, indeed, car and boat repair shops. 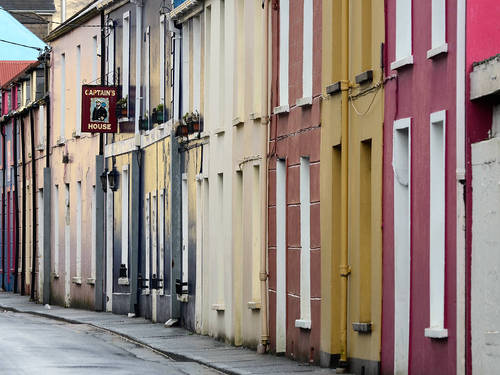 In one of the streets I saw couple of cars with soldiers again. This time my camera was safely packed in my backpack. I returned to the harbor and took a walk along the shoreline. I was hoping to see the famous Fungie dolphin, these animals usually have been accompanying ships arriving at the harbor since 1984. Unfortunately I had not seen it. However, I had seen many birds and several people collecting shells. On my way back it started raining – nothing unusual in Ireland. I was glad that I can dry myself in one of local coffee bars near the harbor. 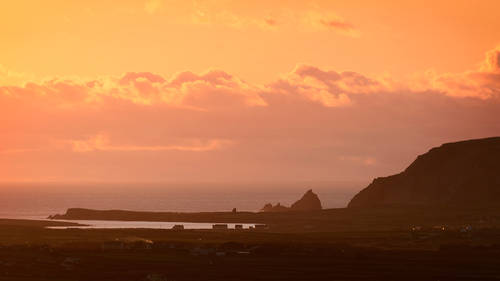 On the following day we took a ride around the western part of the peninsula. Small beautiful beaches, high cliffs, sheep, many seagulls, a land without trees. And the sun. We met several locals who had set off for a short trip. Except for this, there was hardly anyone. The only company was wind and the sea. We stopped at the westernmost place in Ireland (except small rocky islands around), except Island it was also the westernmost point of Europe. It is a rocky cape Slea Head. For a while we just sat on a cliff and soaked moist Atlantic air, after a while, but came up short, however, as it issued a shower, and forced us to go on. 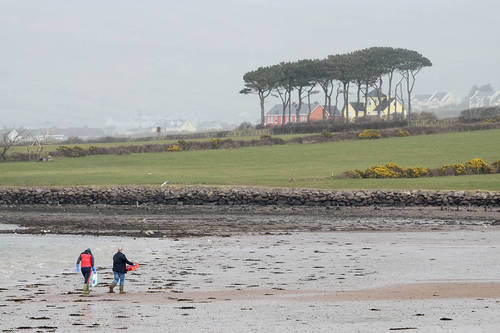 Another stop was on a beautiful sand beach near Ventry village. Water in a small creek makes interesting shapes and sand dunes covered by grass would fit better in an African landscape. There were several dogs on the beach, usually chasing sea birds. Really funny to watch. Worse was when one of the dogs splashed cold water on us. After a short stop in Dingle we returned back to Kata’s place 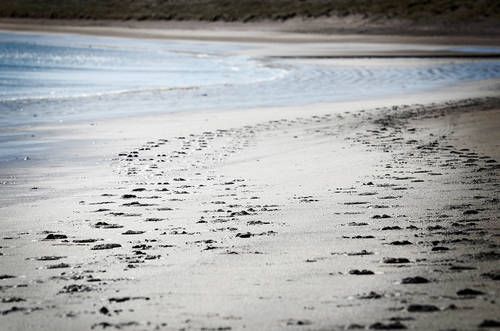