Whereas Dublin, situated at east coast of emerald island, lost a lot from its famous Irish primitivity - (we mean it in the best sense of the word) - Galway is a town which hides inside such magic. The city is an University seat, full of young students, who walk throughout narrow streets, singing loudly in legendary pubs, bringing with minimally one musical instrument, being able to play better as singer Mick Jagger. 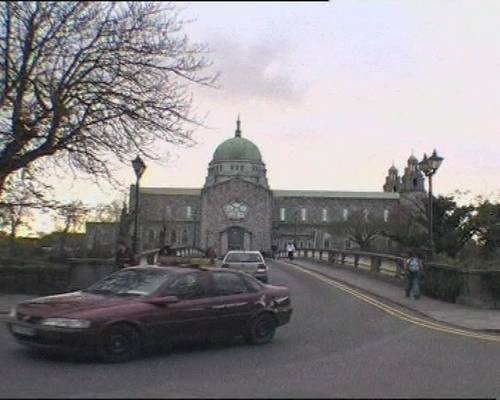 The Town of Lovers

Anyway, who would wish to experience genuine romanticism with a little tint of rough Irish way of life, he would leave city centre, going towards a bay, being most popular place for lovers. Local coast is always winnowed with wind, where sea-gulls, ducks, swans or cormorants are flying. When they are too tired, as a consequence of difficulty of their plays, they have a rest for their wings by sitting at some boat anchoring in the port. Nevertheless, their attention is not dropped at such moments. They follow, with their eyes, tens of persons, walking the ways and paths, washed up with sea waves. Some of them admit their love, the other throw tennis ball to a dog, the next ones try to get asleep crying totty. And behind, the teenagers drink secretly their beer, whereas the bottle is hidden in plastic bag, and are laughing, as the surrounding world did not understood fully this young generation. 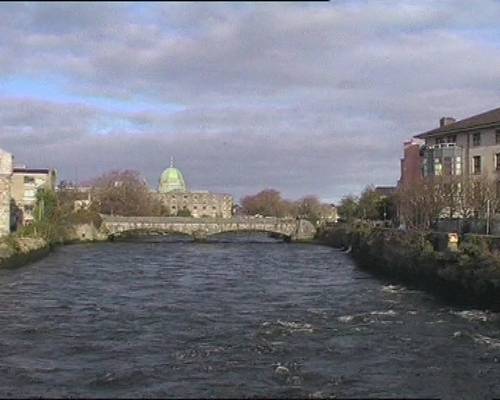 The Appearance of Power

Along ocean embankment, you can easily forget the fact that you came to the third biggest town of Ireland. The nature is governing here, and man´s presence could be forgotten quickly. The only moment, when the traveller could be able to perceive its presence, could be those, if an old rusty boat would appear behind the cliff, with timid whooping, the colour of which remind withered variant of gold meadow flowers, being available everywhere. Despite this fact, the Irishmen would not become untrue to their „Mother Nature“, trying to respect its domination. Maybe, it could be an appearance only. But, why you could not believe it?

A Magnet for Artists

According to latest data, modern way of life penetrates more and more into most forgotten areas of this old good Irish island, which maintained its overgrown face. Such town as Galway, full of young people, could be excluded from this process, of course. Nevertheless, some places are still existing, where you can forget that the time is passing. So, maybe, a lot of artists were inspired with this beauty, sitting at laps of sea belles. In Galway, the writers, poets or painters created their works, but even ballad-singers were inspired by local wistful atmosphere. To most famous ones belong two ballad - hits (they do not deny the source from where they get their state of mind) - and both have the name Galway Bay. The first one was written by Frank A. Fahy (1845 - 1935), native from Kinvary, County Galway, the second one was created in 1947. This ballad was written by Arthur Colahan and  became famous by Bing Crosby. Even John Lennon reminded Galway in his song „The Luck of the Irish“ where he sings: „if we could be able to create a chain with morning dew, our life would be so nice as Galway Bay.“ This rough countryside was also celebrated by Sean Connery in Disney fairytale „Darby O´Gill and His Small People“. 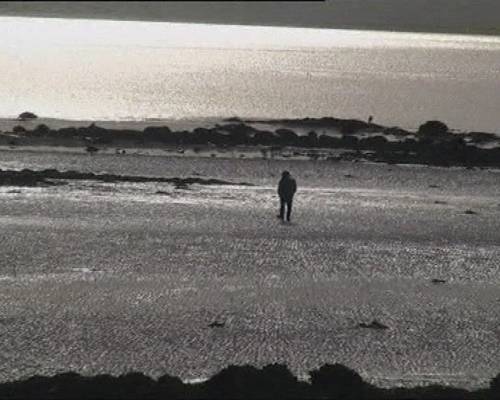 Maybe, it could be strange that just small dot on a map of the world means so much for flighty souls of artists. But, would you believe, when standing on sea coast, leaving the town of Galway, listening sea-gulls´ cry and following slow dances of cormorants, even building ingenieur could write some poems. Or, he would be sorry that he could be unable to write poems, owing to his different speciality branch.