Before the flight I realized this – and I was not happy about it. 17th of March is the holiday of the most important Irish saint Ireland, St Patrick . The celebration resembles our Silvester, victory in Banik v Sparta championship match. Here just people put on them little more of green color... 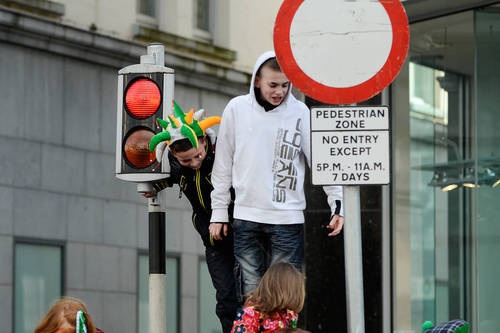 When it had to be done, I really thought that I went alone on holiday alone to the center - Dublin. Finally, I decided to stay in Cork, Ireland's second largest city, according to a television broadcast from the capital, I did well. Dublin is occupied by tens of thousands tourists from all around the world, and also by thousands of Irish. On the streets it then looks bit like a war, beer and whiskey flows, due to my uncontrollable terror of the crowds there would probably not survive. 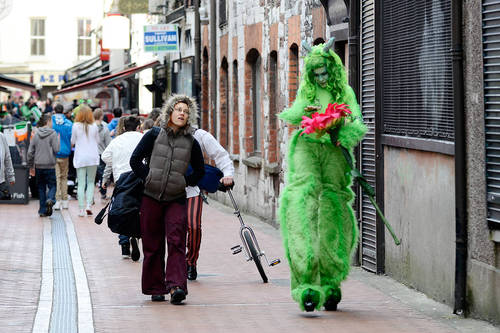 In Cork fortunately the madness is far from reaching such proportions and I can say that I have all day even quite enjoyed. Around noon I left the apartment of three Slovaks, who were so ethnically inclusive, that they gave me asylum for two previous days. So, I went to the city center where the parade was about to start at three o'clock. I had all of my things with me, because Slovaks did not want me to stay longer and I absolutely had no idea where I will sleep on the following night . The whole city was decorated with Irish flags and green shamrocks - known symbol of St Patrick’s. Almost everybody was wearing at least something green and many people head dyed in the colors of the flag , a green, white and orange , or at least the entire green. On the streets of downtown in just a few stalls to the flag and shamrocks painted on his face , or to leave from his face literally do canvas and let the paint interesting motives. 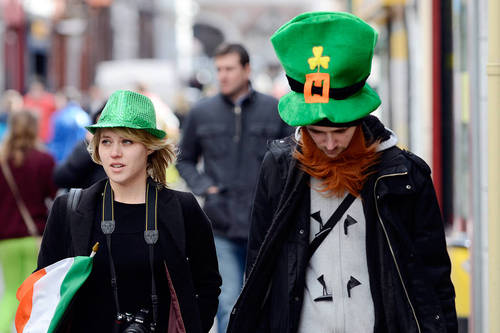 Exactly at three o’clock, a really huge and grandiose parade appeared on the street. It was composed of people of all nationalities living in the city. The first were Chinese with a huge yellow dragon. Then there came Indians, blacks, Irish, Czechs a Slovaks, Brazilians, Polish and many others. All of them showed some of their national traditions (the Czechs without beer would not be Czechs, right?). I was a little disappointed that despite the watching crowd could almost nothing interesting to take a picture I took pictures at least expressions of people in the crowd. 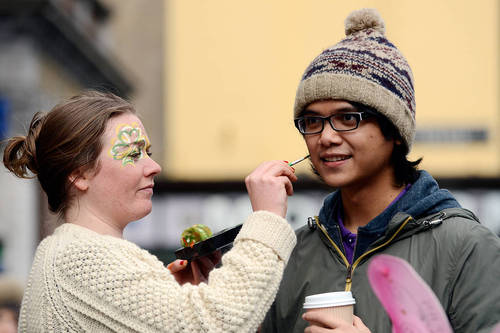 Immediately after the end of the parade, I decided to save my heavy backpack somewhere and if possible try through Couchsurfing to find a place to stay. Luckily I remembered where to find a café where the day before I met a very pleasant Czech waitress Lucie and I went there then. Thank God the Czech girl was there, and besides that I found a place for backpacks, she offered me the possibility to stay overnight at her home. That's the best I could ever wish. So I put the “gun” on my camera (over half a meter long telephoto lens) and I went back to the streets to shoot more and more drunk people. Good thing the Irish have the day off from work, Patrick, I can not imagine how it looked there. 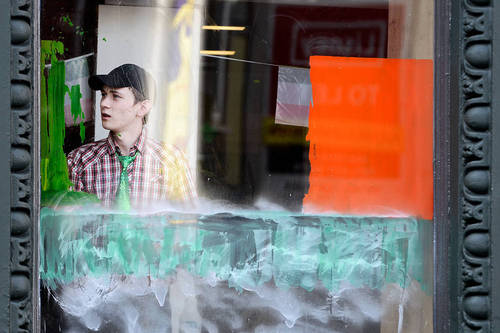 On the streets of not very much clothed ladies were running (it was about 10 degrees!). Usually they held a bottle of alcohol, and I realized again how beautiful Czech girls really are. This was a nightmare. I think that in Ireland actually the women are fighting for men and not vice versa. Pubs were overcrowded at and groups of people passed from one to the other. The streets are in incredible mess and many people deliberately smashed a bottle and tossed on the ground they finish their cans. To move between drunken people on the street I slowly ceased to be nice. I prefered to return to the cafe, enjoyed a good cup of coffee along with Lucky after-hours delivered to her home. 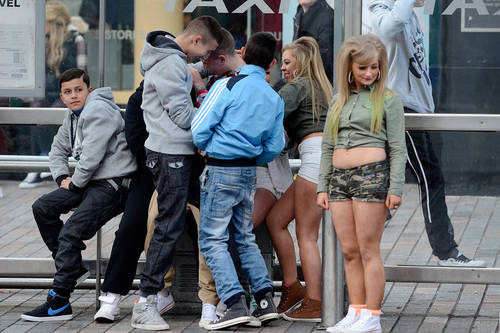 If you yourself are ever going to see St Patrick’s day, go to the very heart of the event. Be sure to remember all the things after the parade, which the Irish annually prepare for tourists. If you fancy to drink gallons of green beer and whiskey, drink plenty of it than. Just do it. The Irish will welcome you among themselves happily! However, I am not constructed for such events... 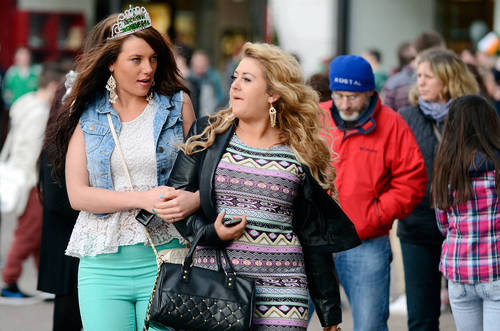