en.infoglobe.cz » Italia, Assisi – Following the Traces of the Famous Saint 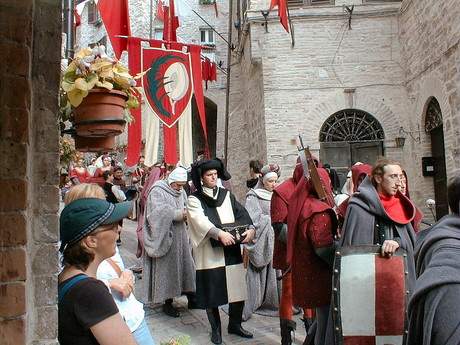 St Francis was born to rich family and spent a large portion in extravagant and lavish style. Yet as a scholar who turned to god later, he isnpired many great figures of Italian art such as Giotto, Andrea de Bologna or Cimabue. Their works adorn St Francis' basilica. This sight and other sight related to the Minor Oder are on UNESCO's world heritage list. 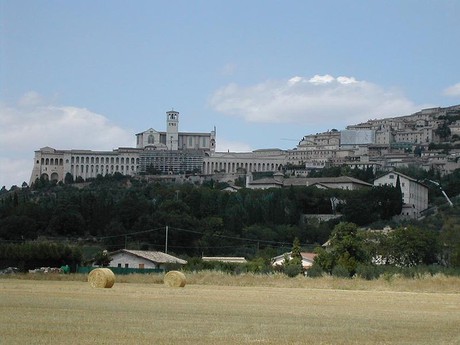 Let's start in front of the very Basilica di San Francesco. It is one of the most important places of pilgrimage in the world. The basilica was built above the tomb of the saint in the 13th century. The fondation stone was laid by Pope Gregory IX himself the day after St Francis' canonization. These are basically two churches, one upper church and one lower church. The upper church in the early Gothic style making it the very first Gothich church in Italy. The lower church is in the late Romanesque style Both churches are adorned by 13th and 14th century frescoes depicting the scenes from the life of St Francis by Giotto. Some of the frescoes are situated in the upper church were badly damaged in an earthquake in the 1990s. Also, visit the crypt in the lower church holding the remains of St Francis. There is a double staircase going down to the crypt. 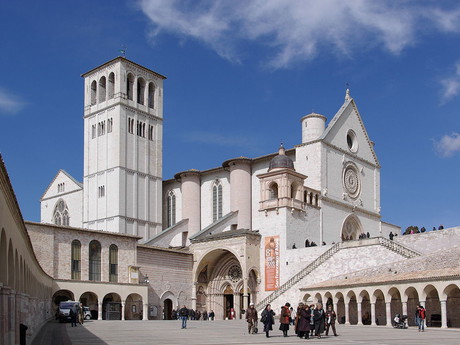 Sights related to St Francis are numerous in the town. Santa Chiara Gothic church is another example. Built in mid-13th century, it was dedicated to the Order of Poor Clares also founded by St Francis. There is an open tomb of St Clare below the high altar. In the left part of the church's main isle there is the so called Talking Cross. It has been said that St Francis heard the words "go and rebuilt my house." Inside the church, there are frescoes depicting scenes from the life of St Clare. 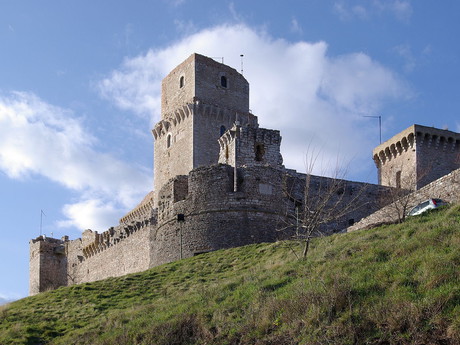 Po bazilice zamíříme k Rocca Maggiore should be another point of interest for you. The castle sits high above the city which provides you with an excellent vista over the city and also a part of original ramparts. One of castle walls goes to a watch tower which is also open for tourists. Isnide the castle, there are figurines dressed in clothes typical for 14th century nobility.