en.infoglobe.cz » Italia, Bologna – Not Only about Spaghetti Bolognese

Bologna is one of the most busiest transport hubs in Italy. If you travel in Italy by train, it is very probably that you would corss Bologna at some point. Bologna is often dubbed La Dotta, La Rossa, La Grassa – educated, red, and fat. Educated because the city is home to the oldest university in Europe, its alumni was, for instance Umberto Eco. Red because many historical buildings here are made of typical red bricks. Fat because Bolognese cuisine is famous for its creamy sauces and meals rich on meat. 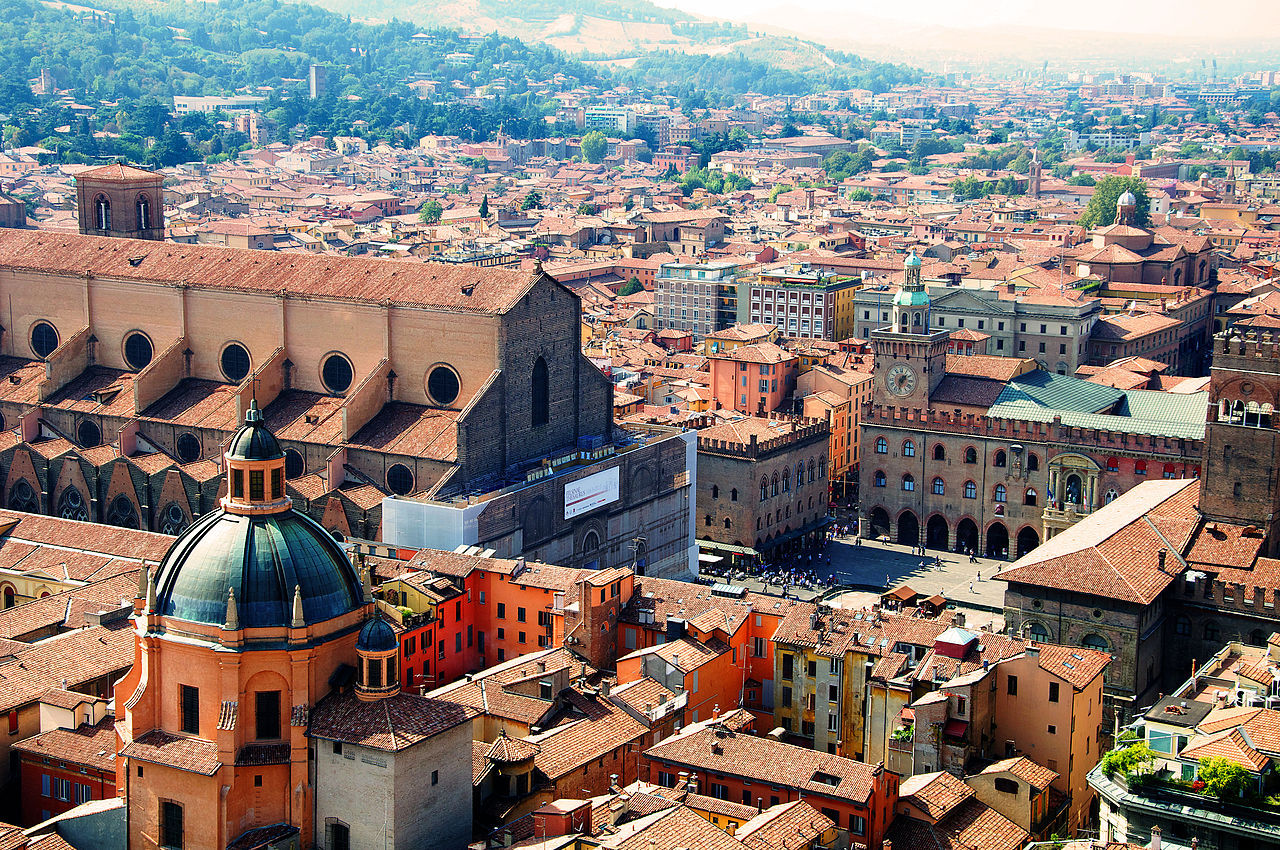 Piazza del Nettuno would be the point of start of our tour. It features amazing Neptune fountain. The square is a popular place for locals to meet.

Hence, the square is vibrant, you can hear people talk and laugh. The atmosphere is amazing. Jean Boulogne known as Giambologna designed the fountain and it is considered one of the finest fountains of its time. From this square, you may reach almost any landmark in the city within minutes’ walk.

600 meters from the square there is Santo Stefano basilica, adjacent to the square of the same name. The basilica actually consists of seven churches only four of which have been preserved. These churches are cradle of the faith in Bologna. Built by the Benedictine order between the 1th and 13th century, the churches were used to keep the remains of Vitale Agricola, the martyr from early Christian era. Chiesa del Crocifisso conserves the bones of San Petronio, the patron of the city. Across several small courtyards, gardens, and passageways, you can get from this churchto Chiesa del Santo Sepolcro, Chiesa della Trinitá, and Chiesa Santi Vitale e Agricola. 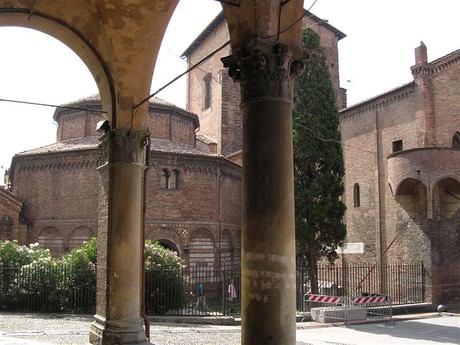 Let's leave Santo Stefano basilica. We walk about 300 meters north along Via San Stefano. The street gets us to Piazza di Porta Ravegnana, where the Two towers are

located. One of the towers leans even more than its more famous counterpart in Pise 150 kilometers away. These two are among the last towers which once were characteristic for Bologna's medieval skyline. Such towers were on one side used as shelters against invasions and also as lookout towers. Torre Garisenda, 48-meter high, has the inclination of 13 meters. Torre Asinelli, the other tower is 97 meters high. The vista over the city from there is amazing.

the last stop on our tour today is Pinacoteca Nazionale, the national gallery. You can reach it by going along Via Zamboni. This museum's mission is to keep the works of artists who were either born in Bologna or the Emilia-Romagna region or worked there. The scope of the museum includes mostly art of the 13th and 19th centuries.