en.infoglobe.cz » Italy, Amalfitana – To the Sun in Southern Italy II

Today we visit Ravello, a town which was listed in UNESCO World Heritage Sties list in 1997. Once you read through this article we are very certain you will agree with town's listing. To reach Ravello you need to join SS 373 road which connects to the SS 163 which take you through orange groves to Ravello's historic center. Like Amalfi Ravello enjoyed great influence and wealth during the Middle Ages too. The town was founded by the Romans fleeing from barbarians in the 5th century. 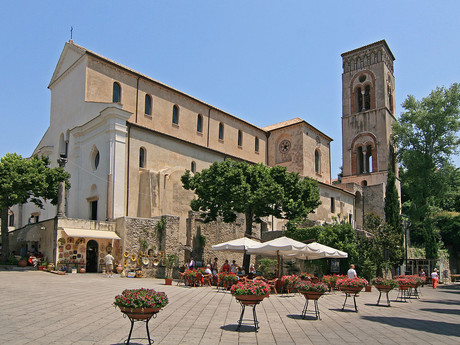 In the early Middle-Ages, Ravello belonged o the Amalfitano Republic. Local wool was very important commodity for several centuries back than. Ravello had expanded. In the 12th century, over 25 thousand people lived there and the population grew to 36 thousand in the 13th century. Perhaps you don't think it's many but bear in mind that the capital of Czech Republic, Prague, had the population of only 4 thousand in mid-13th century.

Thanks to its importance in the past, Ravello boasts sights that you wouldn't expect in such a small town. There are many churches, villas, palaces, and cloisters. No wonder than that this is very popular summer resort. Many famous personalities spent their time there such as Giovanni Boccaccio (the author of Decameron), Richard Wagner, Virginia Woolf, Greta Garbo, Joan Miró, and Jacqueline Kennedy.

Once in Ravello, go to Villa Rufolo situated in historic center. Built in the 13th century the villa belonged to the Rufolos, a rich merchant family. The villa even appeared in Decameron. Richard Wagner found inspiration in this villa for stage sets of his Parsifal opera. Inside the villa, there is a small museum. From the top of its Torre Maggiore you may see the entire Bay of Salerno. 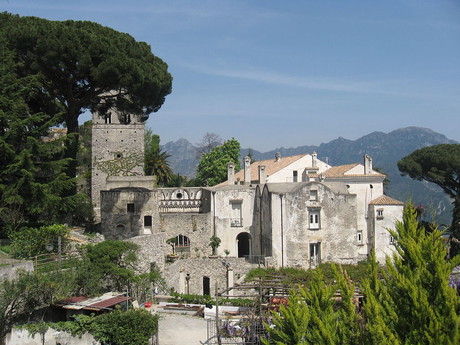 Another villa we recommend you to see is Villa Cimbrone. This one was completed two centuries earlier than Villa Rufolo. The main feature of the villa is its belveder. Originally it belonged to a noble family. Later it would become property the nearby Santa Chiara cloister. In the present it operates a hotel. 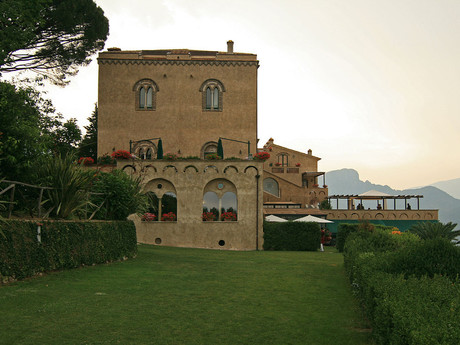 San Giovanni del Toro is the next place we visit. The church was completed in the 11th century. Upon an earthquake which hit the area, the church would decay until the 18th century. Then it was renovated. The main feature of the church is its pulpit adorned by mosaics by Maurits Cornelius Etscher. He lived in Ravello in the 1920s. One of Escher's mosaics depicts Jonas emerging from the whale.