en.infoglobe.cz » Italy, Ancona – On the Coast of the Adriatic Sea

During the rule of Ceasar and later Traian, Ancona became an important trade center. Traian fortified the town and made it an military port. Germanic tribes attacked Ancona repeatedly during the 3rd and 5th centuries. The Saracenes plundered the port in the 9th century. When Ancona became the maritime republic, it's importance peaked. Venice turned out to be its greatest rival. In the 12th century Ancona managed to hold off the forces of the Holy Roman Empire for three times. 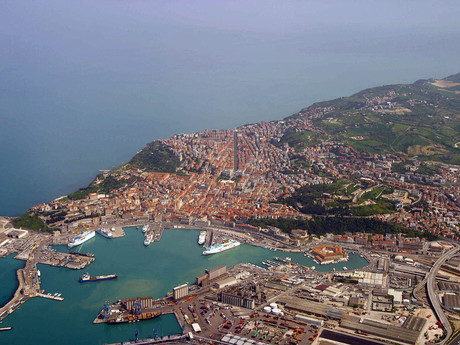 We start our tour of Ancona at Piazza della Republica. Harbor makes the western side 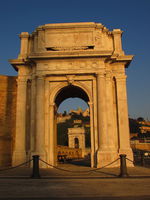 of the town. Notice 18-meter Traian Arc d'Triumph. The Roman Senate ordered the construction of the arch in the year 115 A.D. to honor the emperor who greatly contributed to the development of the city mostly from his own funds. Remains of the old harbor including 2nd century fortification were uncovered during archeological excavations. 18th century Arco Clementino arch is located in close proximity to the former arch.

Then we move to San Ciriaco cathedral, the residence of the archbishop of Ancon. The Byzantin-Romanesque style cathedral was built between the years 996 and 1017. It stands on the foundations of former pagan temple devoted to Aphrodite. Ancona was founded as Greek colony. To reach the cathedral you have to climb up the stairs as the church sits on Monte Guasco hill. Note reliefs by the entrance to the cathedral. And enjoy the viast over the Adriatic coastlian especially. 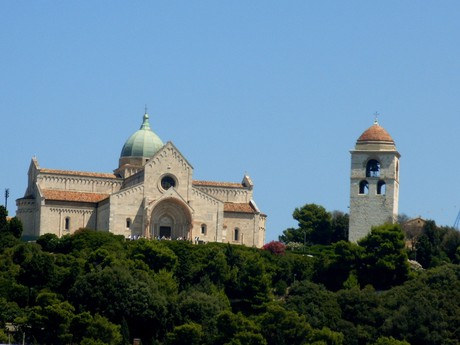 The Roman Amphitheater consists part of hill slope built in the times of Emperor Augustus. A structure adorned by mosaics neighbors the amphitheater. Formerly, it was a school for gladiators.

We go on to Palazzo Ferretti. Built in the 16th century, the palace is home to one of the most prestigious archeological museums in Italy. It displays mostly the items from the Roman Era. Also, you may see items from the Prehistoric Era to early Middle-Ages. 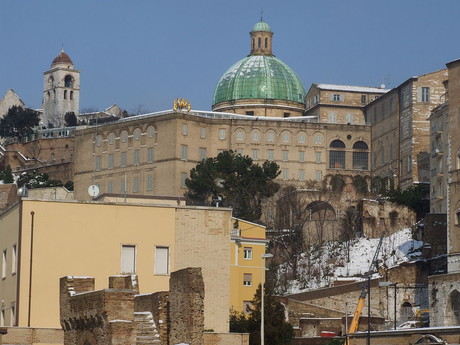 Passetto Beach is the last place of today. It features a marble Great War memorial. Built in 1930 the memorial sits on the top of cliff next to double-staircase going down onto the beach. Fishermen's harbor with caves is a part of the harbor. Fishermen hid their boats inside these caves. By the way, good visibility allows you to see even the coastline of Croatia.