en.infoglobe.cz » Italy, Arezzo – In the Heart of Tuscany

Arezzo was founded by the mysterious Etruscians to whom the foundation of the city is ascribed. Later, a Roman fortress would be built there. The city flourished around the Roman fortress. The city had been since its very beginnings linked to poets, during the Middle-Ages and Renaissance as well. Put simply it was the place where culture and art flourished. Unfortunately the historical center of the city was bombarded in the WWII.. 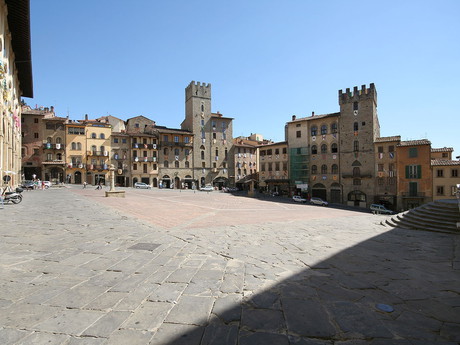 Don't worry there is a lot to see. Let's us begin at Piazza Grande. Some of you may find familiar especially those of have seen the Life is Beautiful by Robert Benigni. This beautiful square is surrounded with palaces. Direct your attention towards its northern side with the amazing colonnade of Palazzo delle Logge which consists of natural border of the suqare. The palace was constructed between the years 1573–1581 according to the famous Italian architect Giorgio Vasari. Also, notice a reproduction of pillory. People who had commited a crime stood there to face public ridicule.

Palazzo della Faternitaå dei Laici is another sight to see there. Its construction began in the 14th century. You may easily see traces of Gothic style yet the palace itself was completed in Renaissance style. A clock tower was added in the 16th century and later a bell would be added inside the tower. This is one of the oldest working clock in Italy. 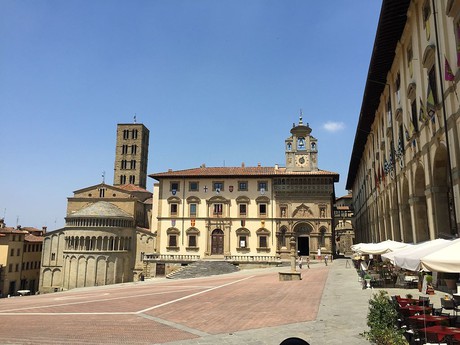 Arezzo, a home to 100 thousand, is also home to a monumental cathedral which is

regarded for its stained glass windows made by Fra Guillaume de Marcillat. Built for

over 700 years (from the end 13th century till the beginning of the 20th century) the cathedral fetures the tomb of Pope Gregory X. The campanile was built in the mid-19th century. The originial sacristy of the church now operates as a museum with altar paintings, gold work, and an 11th-century Romanesque crucifix.

Pieve di Santa Maria aka Pieve is the oldest church in the city and the most important example of Romanesque arcitecture. Built in the 12th century and demolished in the 13th century the church saw numerous changes across the centuries. Its four story facade has 12 columns on the second floor, 24 on the third, and 32 on the fourth creating an illusion of a structure higher than its arctually is. The 60 meter high campanila stands to the side of teh church. If you step inside the church you may see mid-14th century reliefs depicting the life of John the Baptist staletích. Čtyřpatrová fasáda je ve druhém patře lemována 12, ve třetím 24 a ve čtvrtém 32 sloupy, čímž vyvolává pocit, že se zužuje a tím opticky prodlužuje. Po straně kostela stojí 60metrová kampanila. Uvnitř můžete spatřit reliéfy se scénami ze života Jana Křtitele, které vznikly v první polovině 14. století. 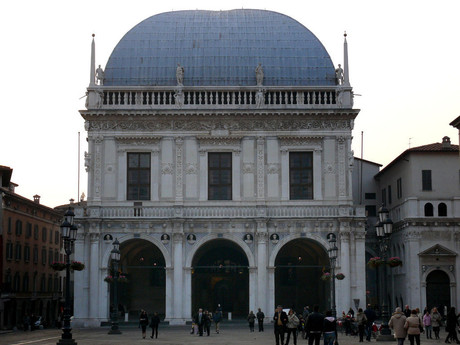 Our last stop would be Palazzo Pretorio built in the 13th century. Like other structures of its type, it has also seen major changes during its existence. For instance, it operated as a prison. Only in the 20th century the palace became a public library.

Were you in proximity to the paalce, be sure to visit Arezzo as it would be a nice change compared to other Italian cities we have visited so far.