Frascati is really a small town. Everything is in close vicinity here. Therefore be sure to not to spend entire day to see it all. However, there is one advantage of this. It won't take long to find a sight here. Once you walk through the modern train station building you will see stairs going up on its right side. On the top of the stairs, there beings the main square of the town - Piazza Roma. There is an amazing vista just before you. What you see is the impressive Villa Aldobrandini rising above the town in afternoon sun. The historical Museo Tuscolano is situated just below the compound. 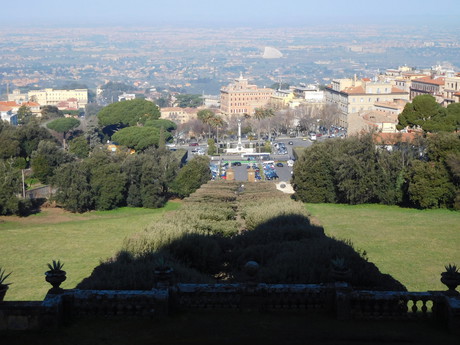 According to the map and direction boards, one needs to reach the villa by going on the left side. We didn't manage to find out if and when it is open. However, it is not too bad that you need to partially walk around the compound because it gets you to the second main sight of the town - St Peter Cathedral (Basilica Cattedrale di San Pietro Apostolo) founded in 1598. The cathedral is trully an amazing building from the outside. However, its interior is not such opulent. One of the reasons is that the cathedral was destroyed during bombing in 1943. About 10 minutes of walking uphill along Corso Italia and Via Cardinale Guglielmo Massaia you reach the Villa Aldobrandini compound. 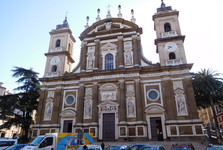 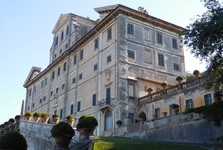 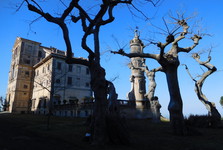 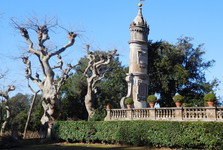 Guides and websites state that the villa is open all year round. This is not entirely true. There is no visitors's center nor a mpa of the compound. Fountains and other water sights were not operating. However, there were many employees doing landscaping works. Yet we were not the only tourists who were surprised by this. The compound seemed unkept. Pitty. There is amazing Teatro delle Acqua behind the villa. If somebody took better care of the place it would have been amazing. The villa was not opened to the public nor there were any information available. Perhaps this was so because we were there off season. Maybe it this will get better in the future. Only then could we recommend you to visit it. 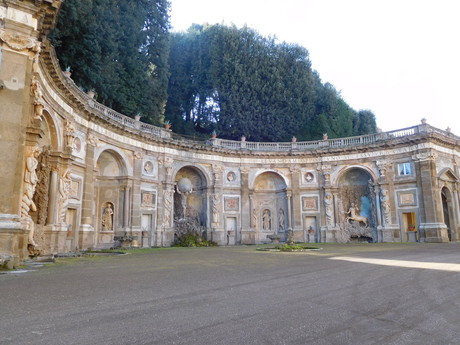 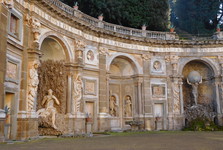 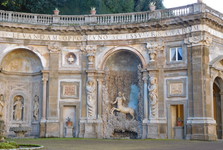 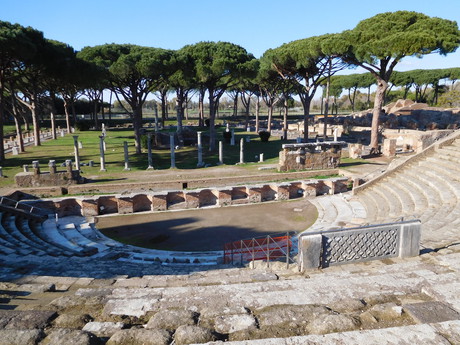 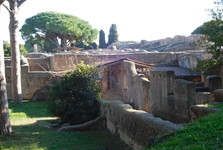 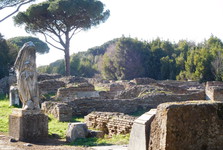 Ostia used to be a port and a cultural, and trade center in ancient Rome. The city was founded around the year 620 BCE under the reign of King Anco Marzio at the shores of the Tyehenian Sea. During the floods of 1557 the city disappeared. However, archeologists have worked on this site since the 19th century. Gradually tehy excavated it and renewed it. Thus, toursits can admire a theater, a necorpolis, forum, spa, or a Roman gate, and other ancient sights today. On the compound, there is a small museum with statues of emperors and sarcophages. Next to the museum, there is a souvenir store and a snack bar. The compound is quite large. It takes about 2-3 hours to walk it through. However, anyone interested in history will find the place exciting. 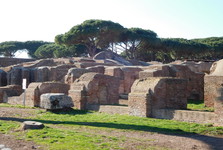 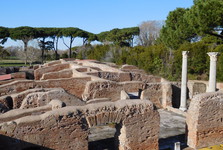 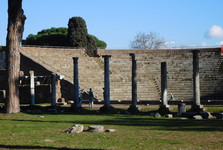 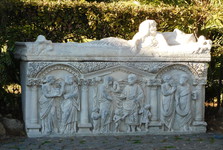