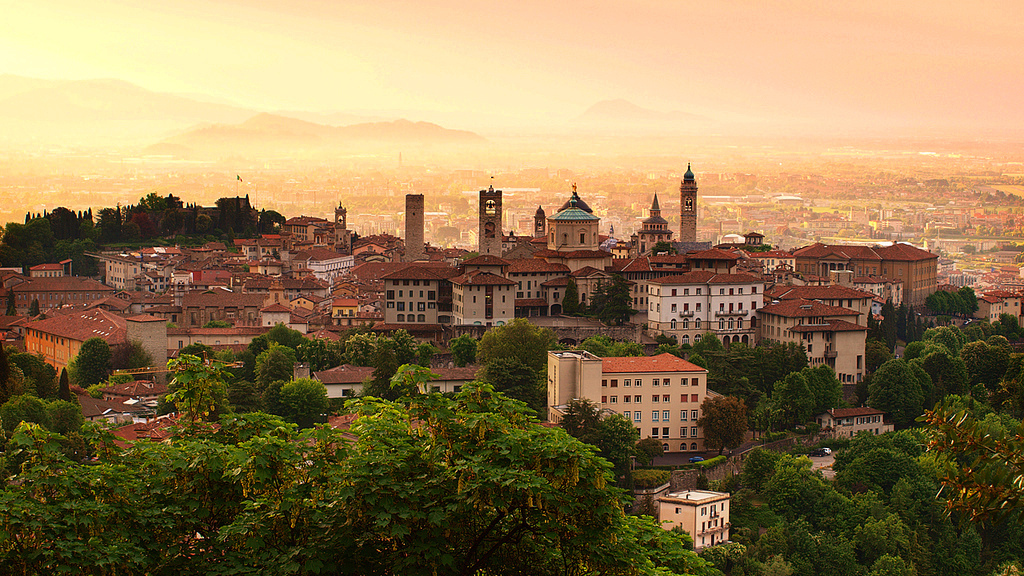 Should you get to Citta Alta by cable car. It gets you to Piazza Mercato delle Scarpe, square which continues into the paved Via Gombito street. The future features 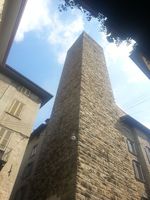 Torre di Gombito, a noble residence built in the year 1100. Via Gombito is also lined by all kindes of stores. The street then leads to the beautiful square of Piazza Vecchia. On Via di Pota Dipinta, below Via Gombito, there are the churches San Michele al Pozzo Bianco or Sant’Andrea.

You will fall for Piazza Vecchia immediately. It is adorned by old noble houses atop of which is Palazzo della Ragione, the town hall. Built in the 12th century, this palace/town hall rather looks like a part of some monumental castle. Another high tower is in close proximity to it – Torre del Comune. The lower part of the square contains  Palazzo Nuovo, a renaissance palace which houses municipal library. Contarini Fountain makes the heart of the square. 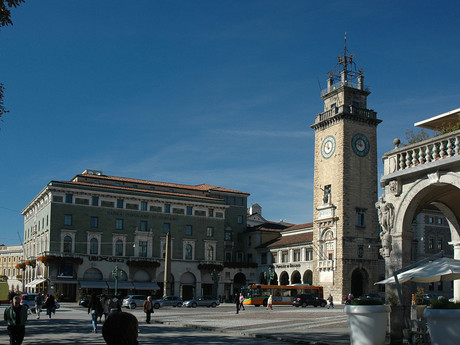 Through arched throughway you get to Piazza del Duomo which features a number of important landmarks, especially Santa Maria Maggiore church founded toward in late 1130's. Inside, there are renaissance-style choirs, baroque stuccas, or 16th century tapestries. Also inside you may find the tomb of Gaeta Donizetti, locally born opera composer. His admirers bring him here fresh flowers. Mere three minutes by walk from the church, there is the museum devoted to him as well as other Italian music genii of likes Bellini or Verdi. 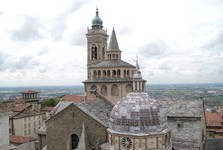 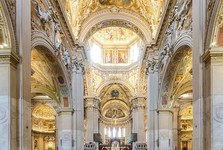 Cappella Colleoni church/mauseoleum stands adjacent to the church. This church built in the 15th century was a personal church of general Barolomeo Colleoni, a member of one of town's most noble families. Inside, note ceiling murals from mid-18th century.

Last but not least, visit Museo Rocca focused on Italian Risorgimento. Back then Bergamo was freed of Austrian rule by the famous guerrilla fighter Garibaldi.