en.infoglobe.cz » Italy, Brescia – Interesting City Half the Way Between Milano and Venice

Let's strat on Piazza del Foro. You will feel the atmosphere of ancient Rome. Back then, Brescia was Brixia and this square was surrounded with amazing, huge structure. Near this square, there is a fenced area designating an archeological excavation site showing traces of the then Roman settlement. 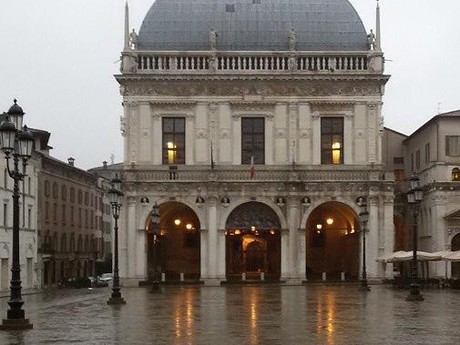 Tempio Capitolino rises above the square. Today, unfortunately, we may only see its faded glory. Only six Corinthian columns of white marble which is in stark contrast to bricks used during its 19th century restoration. Built in 73 AD, the temple was devoted to gods Jupiter, Minerva, and Juno. Inside the temple, there is original altar, and colorful marble composing the floor. 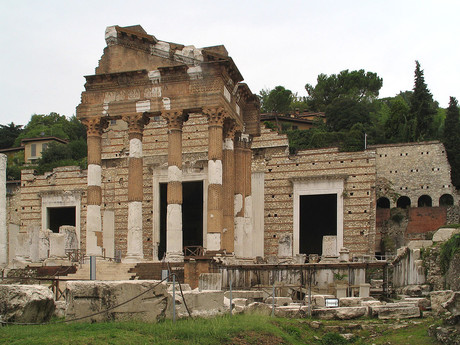 Next we are headed to Castello. This castle rises above the historic center. A paved walkway leads up to it. Once it belonged to Visconti family, a mighty Medieval dynasty that ruled Milano. The castle was fortified in the 13th century. However, its current massive outer ramparts and a drawbridged were added only during the rule of Venice. Currently, it houses the Armament Museum and the Museum of Risorgimento. 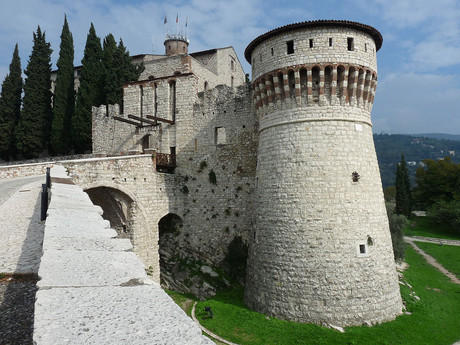 time of Venetian overlords. Note a colonnade on square's eastern side. It was made by Sansovino and Palladio in the 15th century. The colonnade is adorned by Torre dell’Orologio  with the gigantic 16th century clock.

Duomo Nuovo cathedral makes it to the list the most interesting sights in the city as one of its main sacral sights. The construction began in the 17th century yet it sits on the older St Peter's cathedral from the 5th century. Built in the 19th century, cathedral's main dome is one of the highest in Italy. Unfortunately, the church was destroyed during the WWII. What you can see today is a brilliant post-war restoration of the original structure. Inside the cathedral, note the memorial to Pope Paul VI, native to Brescia. 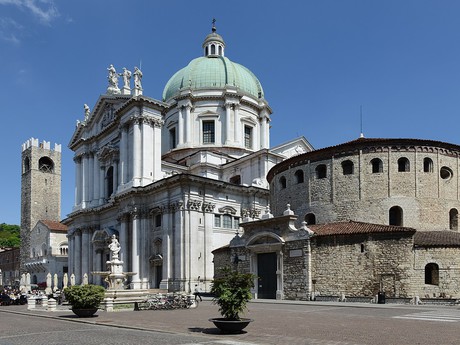