The Basilica surrounds Piazza San Lorenzo, where markets are often held. You can buy everything there, the stands cover the entire square. That's more of a contrast when you go into the tranquil interior of the cathedral. The exterior of the cathedral is so rough, on the contrary, the interior is richly decorated. Michelangelo itself stands as a cathedral. However, his proposal was not finished because the bricks were originally to be plastered. 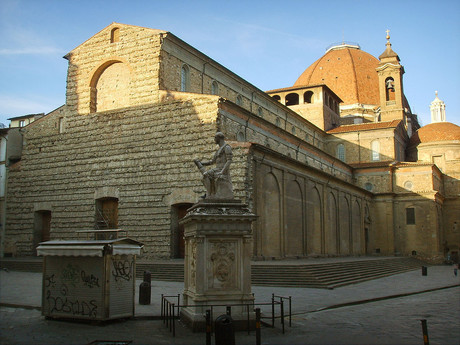 rendition of what the Renaissance architecture should look like. The broad arches are supported by Corinthian columns and the cassette ceilings are decorated with kokards. On each side at the end of the ship, pay attention to the bronze pulpit produced by Donatello. This artist left behind one of his latest masterpieces, and scenes from the life of Jesus Christ.

On the left side of the transept you reach the Sagresti Vecchia, which was originally also used as a funeral chapel. This baptism is the first complete work of Brunelleschi and later significantly influenced European architecture.

Another of the architectural gems, the Medici Library, you can get through the monastery. The foundations of the library were laid in the 13th century, originally meant to serve as a depository of documents and books of the Medicean family. You have been moved from Rome here. 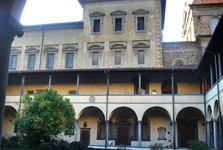 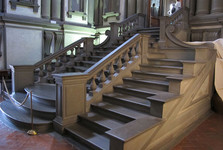 Michelangelo also stands behind the library. The opening took place in the 1970s. Michelangelo, however, left Florence in the 1930s, so he managed the construction at a distance. Over two spiral stairs you will get to the reader's room. Michelangelo originally planned that the whole reading room would be made of walnut wood.