en.infoglobe.cz » Italy, Florence – The Cradle of Renaissance I

It is nto easy to tell where to start in this city full of interesting places. We talk about David by Michelangelo, which is the most famous statue in the world, Ponte Vecchio Bridge crossing the Arno river or Satna Maria del Fiore cathedral.

Florence began to flourish under the rule of the Medici family. Then it was a political as well as economic and cultural power. Famous artists such as Michelangelo, Botticelli or Leonardo da Vinci lived and worked here. However, touring the city is not only history. Local night life is attractive too. There are great restaruants and vibrant culral life. 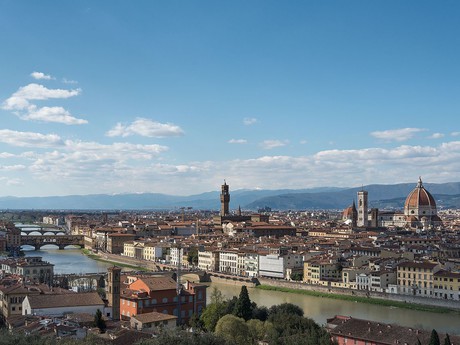 So, where to start? What about at the statue of David. Michelangelo (by full name

Michelangelo di Lodovico Buonarroti Simoni) created it between the years 1501 and 1504. His posture is unlike other Renaissance statues of David depicting him after the battle with Goliath. Michelangelo shows David before the clash. He holds a stone in his left hand. His right hand resting on the shoulder holds a slingshot. The statue is 5,7 m tall and stands on a 2,5 meter piedestal. For a long time, it was placed on Piazza della Signoria. In the second half of the 19th century it would be removed and placed to Galleria dell'Accademia di Firenze.

Galleria dell'Accademia di Firenze is the second most visited art museum in Italy. There is much more than the statue of David on display. You may see other statues by Michelangelo, or paintings by famous Florentine artists of the 14th to 17th century (Paolo Uccello or Sandro Botticelli). The museum also displays a large collection on Orthodox icons collected by the Grand Dukes of the House of Lorraine. 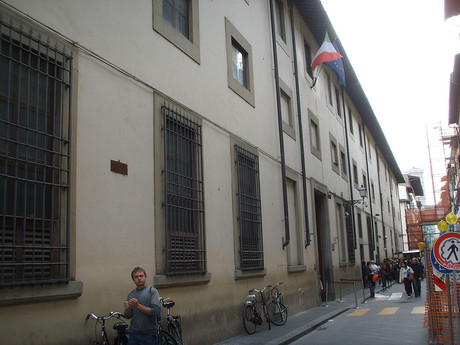 After the statue of David, we move to St John's Baptistery (Battistero di San Giovanni), an octagonal 12th century strucutre. Its facade is made of marble, inside there are beautiful mosaics. The door is especially amazing with its bronze panels made by Lorenzo Ghilberti a prominent 15th century Florentine sculptor. Many members of the House of Medici were baptised here as well as the famous poet Dante Alighieri, the creator of the most important medieval poem of the Divine Comedy. 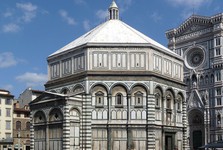 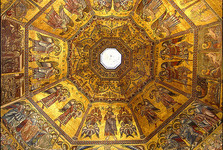 Next Friday we make another walk in Florence.