Today we go South to the Mediterranean to one of the famous ports, Genoa. In previous work we visited two of the two most important Genoese square, but the city itself that hides much more. Today we look at Giacoma Matteottiho square. 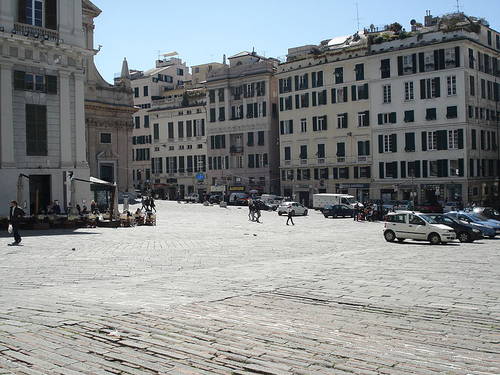 If your eyes had enough of the fountain and palaces at Piazza Ferrari , try to target the secondary picturesque square Piazza Giacomo Matteotti . Square shaped "T" is one of the most important public spaces in Genoa.. 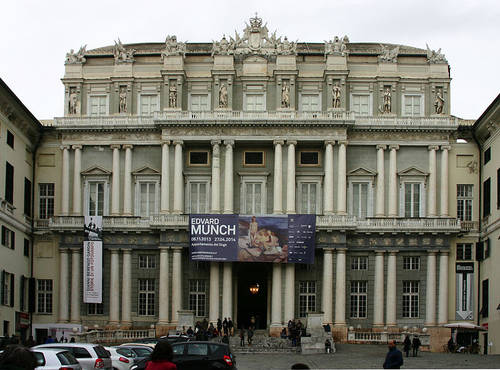 On the north side is dominated by the monumental Palazzo Ducale, which is also known as Paxo. 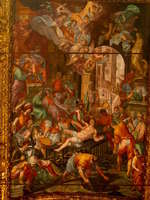 It sounds almost unbelievable that this unique architectural gem, the roots of which date back to the 13th century, has long been abandoned. During its existence, the building has experienced two major disasters. The first of these was a fire in 1777. During the subsequent reconstruction of the building took its neoclassical façade, designed by architect Simone Cantoni. Second tragedy has happened a much later during the Second World War, when Allied aircraft bomb the palace was damaged so that the need for further reconstruction. It was not until 1992, on the anniversary of Columbus's discovery America the Ducal Palace was reopened. His main areas today can admire the unique artwork, but you can also listen to some interesting debate here or visit attending a scientific conference. Until October, for example, you can see an exhibition of photographs by Robert Capa during the Second World War and an exhibition on the painter Frida Kahlo and Diego Rivera. 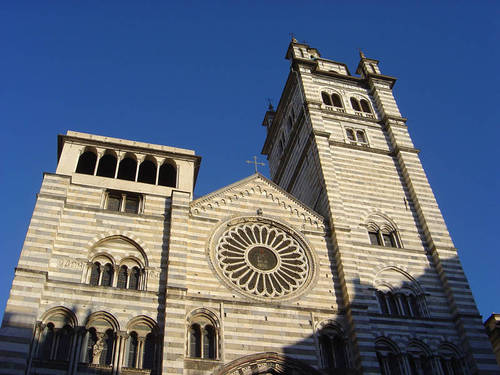 When you get out of this beautiful building and you wonder what to do next, nearby is another architectural monument worthy of your attention. It is the Cattedrale di San Lorenzo . At first glance, you see that it is impressive even by European cathedral standards.

In its current site was already in the 5th or 6th century a religious building. It was transformed over the centuries up to the present Gothic-Romanesque style. The two bell towers were added only in the 16th century and the church was generally completed a century later. After that, you look at the ceiling frescoes, some of which date from the 14th century and are in Byzantine style, go underground cathedral, where the museum. There is subjected to an extensive collection of jewelry and other valuables, some of which dates back to the 9th century. One of the precious items stored there is a cup brought here by Guglielmo Embriaco, a military commander during the crusades. He founded it after his troops captured Ceasarea. Allegedly, it is the Holy Grail , a cup from which Jesus Christ drank wine during the last supper. 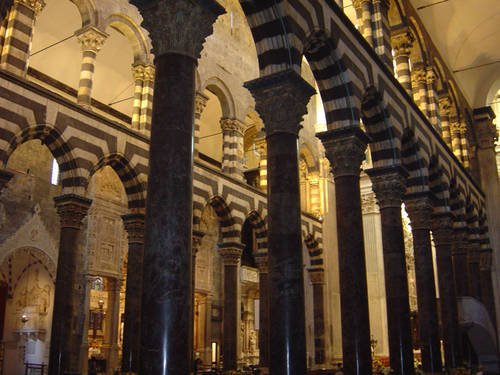 Next time we will continue in our tour in Genoa.

Published: 3.3.2013
We will visit some of places popular for their wide and mixed options how to enjoy winter. There are many high-quality ski slopes, white trails, even adrenaline localities for everyone. Today we will focus on the longest alpine ski slopes in the sequel of the article from last Sunday.