After visiting historic sites we headed for the lesser known town of Langhirano. Until recently, we had no idea that it existed. Lovers of good food, however, rank it among the cities that pay off to visit. Every year there is a ham festival that features its own museum. 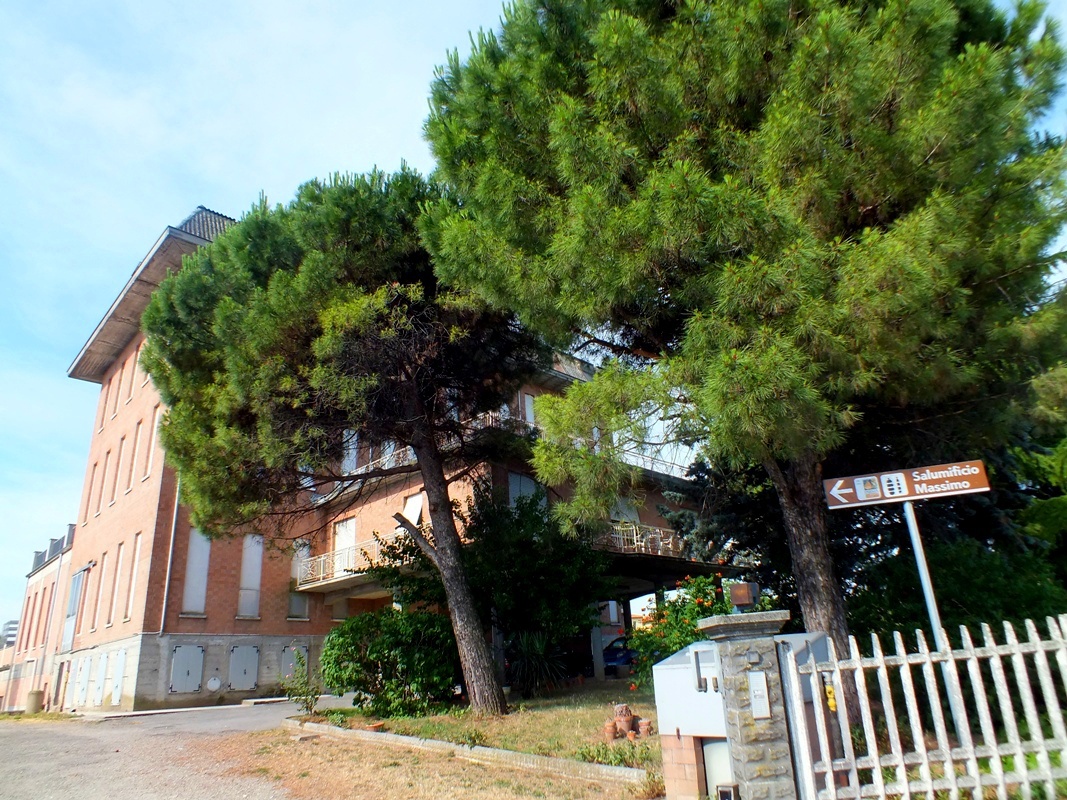 We stopped on the outskirts of the town by a four-storey terracotta building with narrow windows. Below the tree branches at the entrance is a discreet routing table with the inscription Salumificio Massimo. After a while, the secrets of the Langhirano Valley and the production of the famous Parma ham Prosciutto di Parma will be revealed in this tranquil location.

The Langhirano Valley lies right in the heart of the Parma ham region (between Via Emilia and the Enza River near Parma). Its emblem may only be fired in this area. In the area between the Taro and Baganza rivers you will find the right butchers and the ideal climate for the famous delicacy. 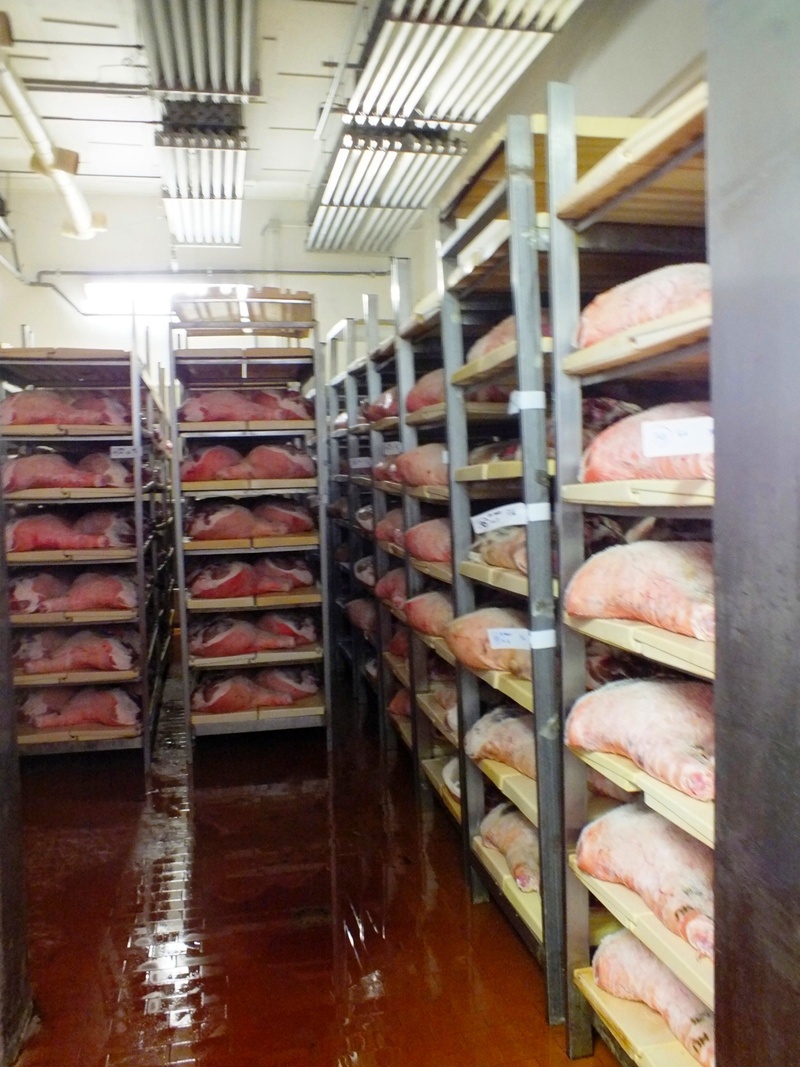 The Italians have created a brand name the quality of which lies only in the unique air between the Alps and the Mediterranean Sea, which dries the meat. Prosciutto is not only a fiction of today, this delicacy has a long history. Ham was already known in ancient Rome when Hannibal (217 BC) came to Parma and was welcomed as a liberator. He appreciated the pork leg that had been preserved in the salt containers in the wooden containers to celebrate the celebration. The appearance of this recipe was also influenced by the presence of a salt source near Parma (for example, Salsomaggiore).

To learn more about meat processing, we visited a local plant to show us the different stages of prosciutto production and maturation. We get to the first floor of the Prosciutto di Parma family company where meat is processed. 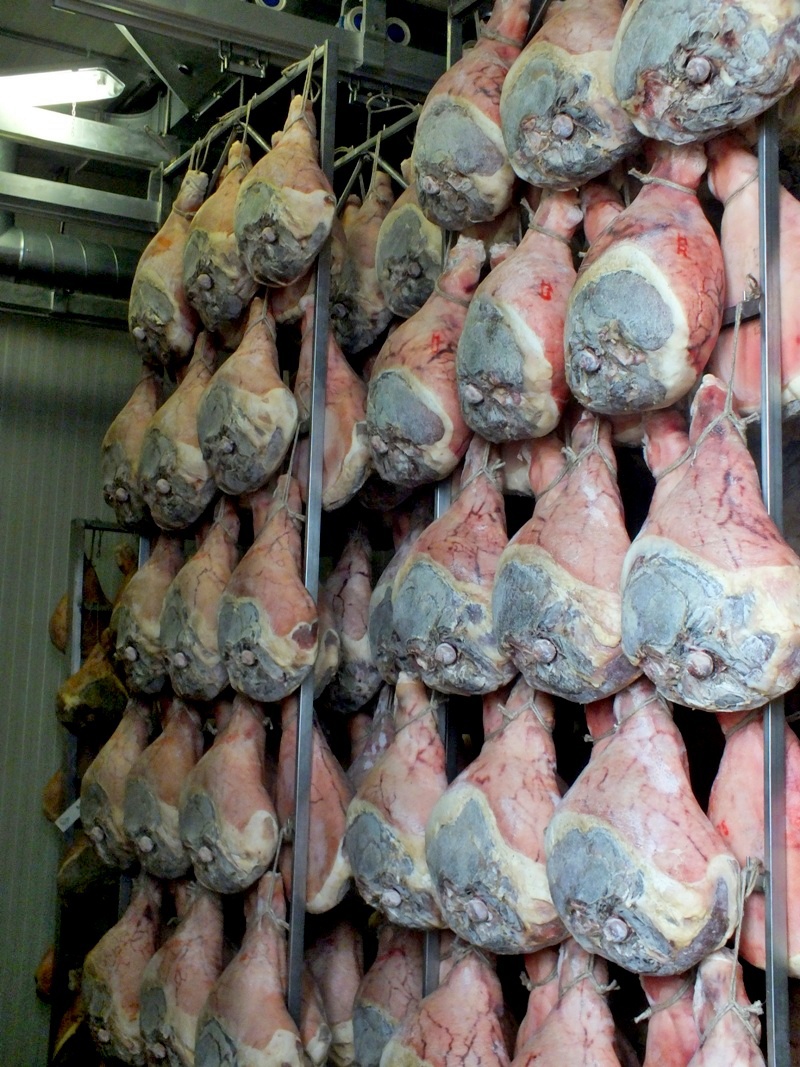 Traditionally, ham is made from pork or boar hams. Gentle, soft, sweet and fat meats have pigs because they feed them with corn, barley and especially whey, which is produced during the production of parmesan. These animals are born and bred only in special breeds in ten counties of central and northern Italy. Two guys will remove the skin and fat, then the salt master will replace them, applying a thin layer of sea salt, especially to the sites of blood clots. Today, technology is helping and we are getting to know the only machine in this room. It is used to roll the ham, pushing blood and liquids out of it so that it does not damage the bone. 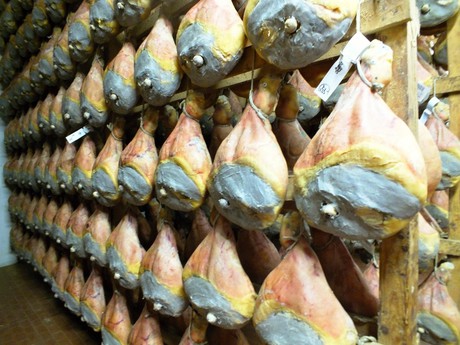 When the legs are "massaged", they slide cold (2 ° C) with 90% humidity. The entire cooling room is full of shelves where the ham lies. On the other side, the door opens to a room where the hams are already hanging next to each other. Artificial drying takes place in these premises for three months, killing all the bacteria and losing the most of the ham. 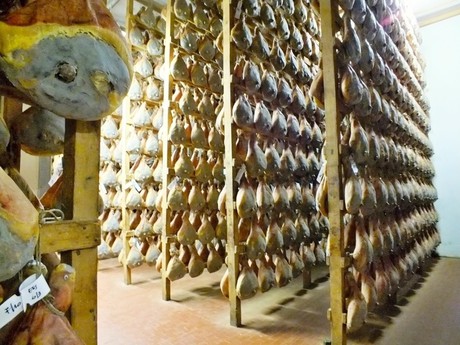 Then move it up one floor, where it is air-dried. Drying meat in the air was one of the most widespread methods of preservation, especially in southern countries where summer temperatures are high. Dried meat, thanks to its specific taste for gourmet delicacies, is still today. The maturation of the meat lasts for at least nine months, the larger hams mature for two years. Old recipes talk about the manual work of loading and treating meat in the winter. The greatest art was to guard the ripening process. If it was too warm and damp, the meat went bad. If it was too cold and dry, the same thing happened. Something was between ideal, damp and cool. That's why it couldn't be done in the summer. 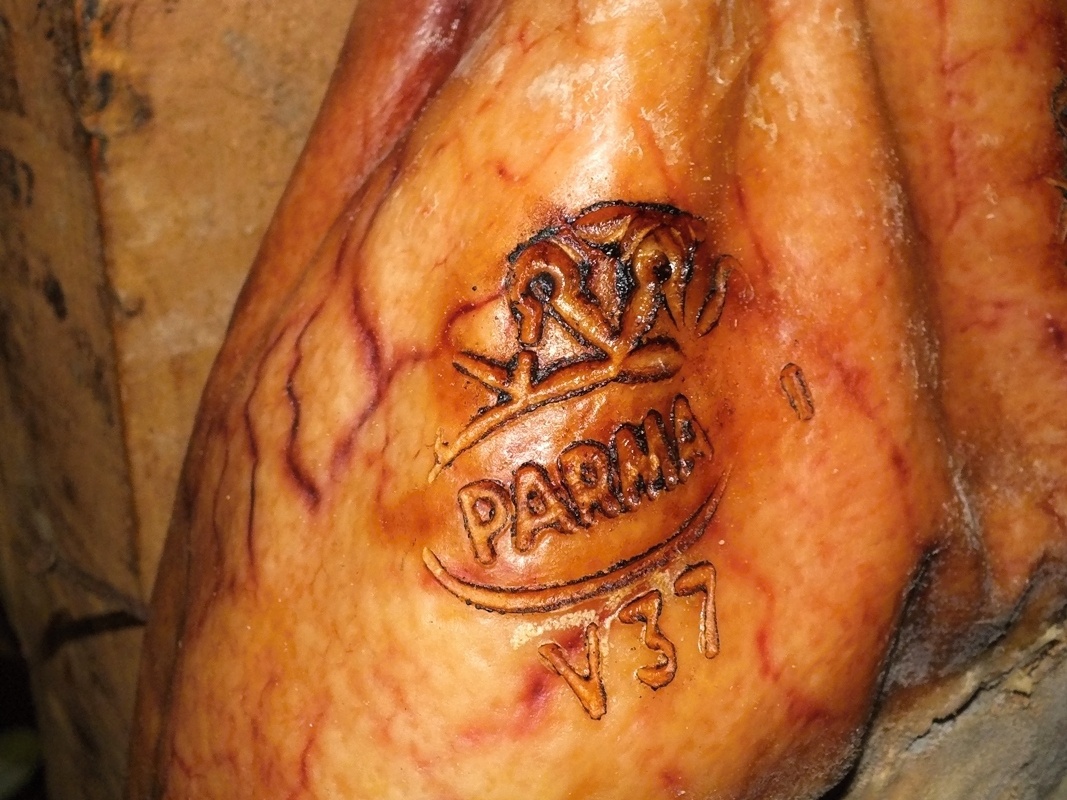 We move from the upper floors to basement with high levels of moisture, where several ripened hams hang on wooden sticks in several tall rooms. This damp environment is also susceptible to mold, so the meat is coated with a layer of lard and a secret mixture of spices (eg salt, sugar, pepper, nutmeg, coriander and mustard seeds). The wood from which the beams are made gives the meat additional sweetness. Here you get to the ham's proximity to the bite proximity and you can absorb the sweet smell that determines the quality. This ham also has the European Protected Designation of Origin (PDO), which means that it is produced according to the traditional recipe of the region. 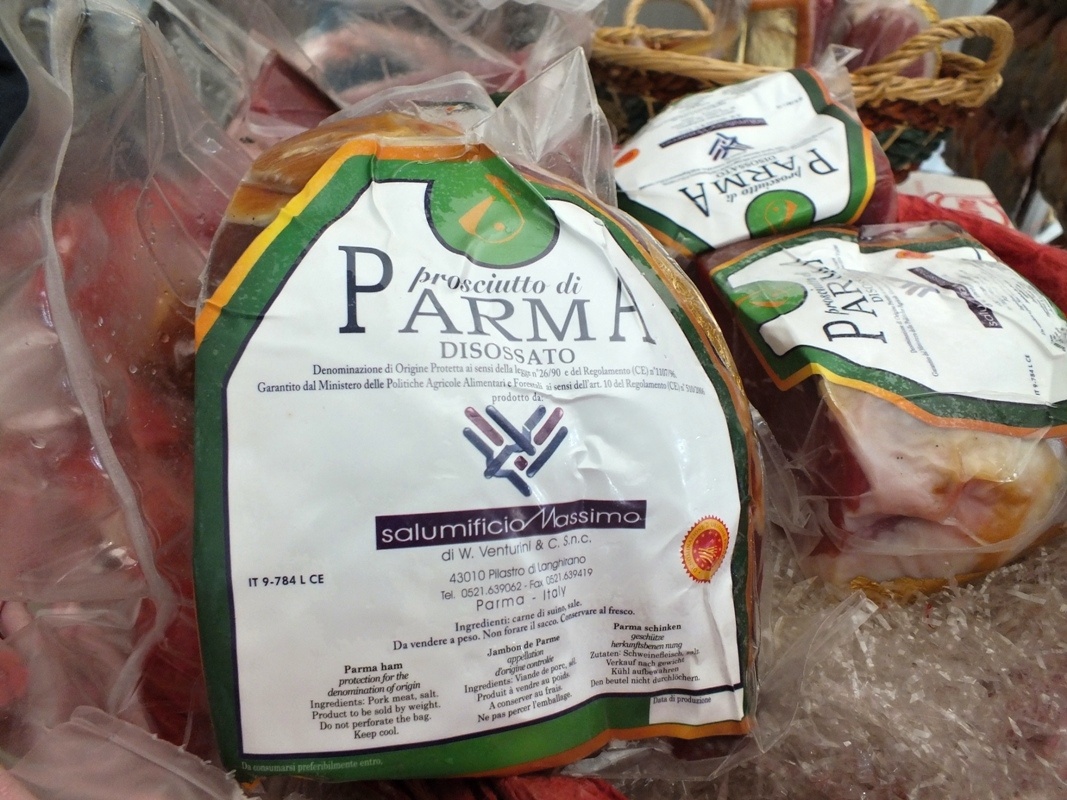 When you walk through the alley to pry with the burned-out Parma sign, your olfactory and taste buds will certainly not stay calm, so the tour intentionally ends in a shop. Packed and labeled, the marked pieces are waiting for you to resist the story and take home the ham. Would you resist the temptation?