It may happen so that you get to this town on some cruise from Pisa, which is mere 30 kilometers away from here and stoles many tourists.

The port of Livorno is situated westwards from the historic center. It is one of the bussiest Mediterranean ports. Boats come in and out all the time. You may take a trip from here say to Sardinia or to Corsica, France. 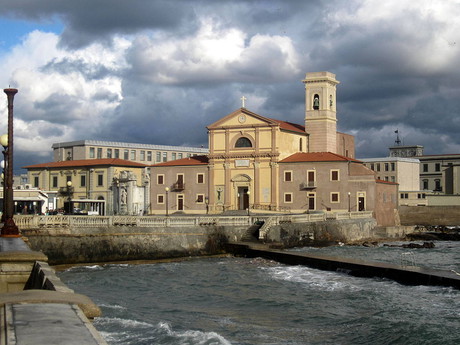 Settled since the Prehistory, Livorno experienced a population boom in the 17th century. Therefore, an entirely new quarter was designed between the old and the new fortresses. The area was criss crossed by moats which surrounded city ramparts. The moats had remained yet their purpose had changed for they had become main transport arteries which ensured movement of good between the port and warehouses. 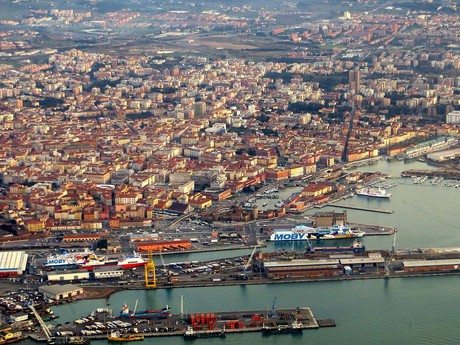 Architects who designed the quarter found inspiration in Venice and named it New Venice. Enjoy vistas over beautiful houses and uiant boats anchored around Fortezza Nuova. While wandering around the district try Santa Caterina church. It boasts 17th century wooden choir and a large altar depicting the coronation of the Virgin Mary. 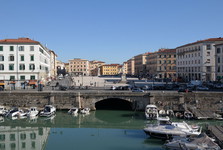 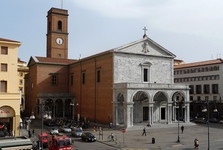 Except Fortezza Nuova there is one more fortress – Fortezza Vechia was built Giulio de Medici between the years 1521 and 1534. Its main feature is a cylindrical tower known as Mastio di Matilde. Originally the tower belong to a 11th century castle. Now 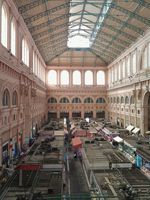 this tower is one of the oldest early Medieval structures here. The Medici fortress is adorned by 14th century ramparts. Inside fortress compound there is a chapel devoted to St Francis from the 16th century.

Usually, it is no problem to get inside the fortress on some guided tour. Moreover, we highly recommend you to climb the tower for the beautiful vista over the city on its top.

Should you wish for some closer look at local life, go to the main market in Livorno opened daily except on Sundays. It is placed in a 19th century building on Piazza Cavour. At over 200 stands you may taste local cheeses, sausages and other delicacies.