Lucca has become a city of rich and marvelous architecture over the centuries. At the present, this Tuscany town situated at the foothills of the Apuan Alps is home to about 90 dwellers. Every year Lucca Film Festival takes places there or another interesting event – the digital photography festival. 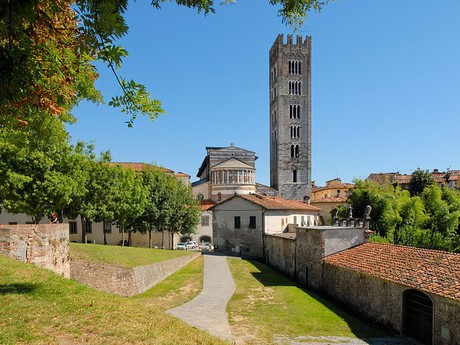 Italy features many towns with beautiful churches. However, in Lucca you will have some hard time to know where to look at first. Many medieval churches were built of materials used for antiquity structures. Moreover, in the 12th century, these were usually changed a bit giving them their special magic. 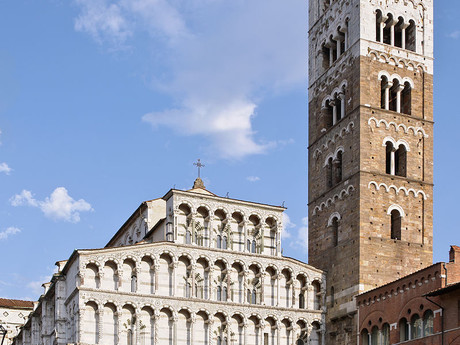 San Frediano basilica for instanc is situated on San Frediano square just northwest from PIazza Anfiteatro. The basilica is devoted to the bishop of the same name who lived there in the 6th century. The church itself was built in mid-12th century. A century later it was elevated, a baptisterium was added as well as Holy Cross chapel and the current entrance. A giant mosiac picturing jesus christ surrounded by two angels on sides and apostles below is what will capture your attention the most. Only two churches in entire Tuscany have such a marvelous facade. The other one is in  Florence. 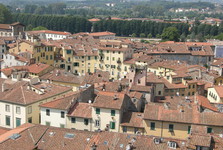 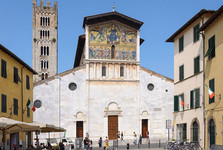 The Old Town is surrounded by a 4-kilometer wall. There are 11 towers and 6 gates. The fortress was built by Flemish architects in the 16th to mid-17th century. Napoleon's sister rebuilt it to a public garden.

When walking in the citiy center, you might find shape of some streets interesting, especially the streets around Piazza Anfiteatro. The square was once an amphitheater and the structures around it copy the perimeter of the once massive wall of the amphitheater. Buitl in the 2nd century AD it perished because invasion of Germanic tribes. What is left of it is burried several meters under ground. 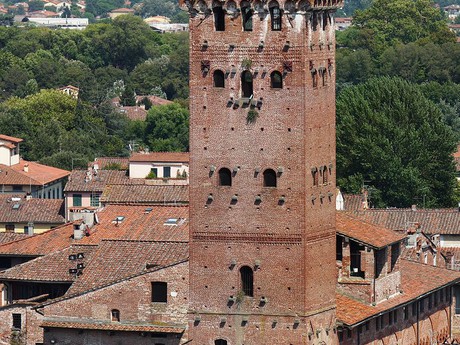 Case del Guinigi is the last interesting place we will see in Lucca.  Two joint palaces are towered by a 44-meter tower with grown oaks on its rooftop. Both palaces were built in the 14th and 15th centuries. One of the houses the National Museum.