en.infoglobe.cz » Italy, Modena – A City Where You Enjoy Your Meal

Modena attracts visitors to its historical landmarks included in the well-known UNESCO list. By the way, it is Italy is in the first place among countries with the highest number of landmarks on the dědictví UNESCO’s World Heritage Sites list (second is Spain and China is the third). Of course, Modena is not only a city with old buildings, it has a splendid cuisine and you can buy here also its specialty, local balsamico vinegar. Tradition of this vinegar has roots in the 11th century, it was used as a royal gift. Today, you can enjoy this vinegar served on a Parmesan cheese.

In Modena, you can enjoy dried meat most notably a Modena ham . Another very popular meal which is honorably served as a first course is tortellini and you can also taste dried pork meat. 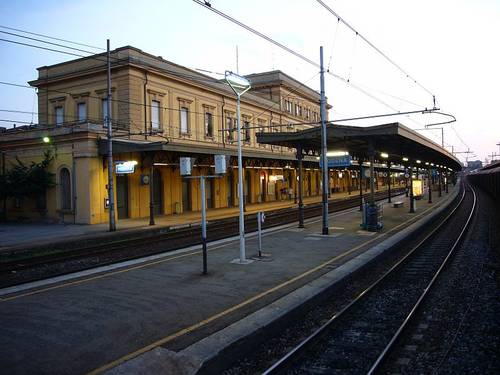 Except of this you may find in Modena the best Italian military academy. It is located right in the city center on Palazzo Ducale square. Alumni of the academy usually end as army officers or carabinieri, something between police and military police. Accademia Militare was founded in the second half of the 18th century in Modena.

Palazzo Ducale (Duke Palace) - today, there it operates mostly as a residence of the military academy but also as a military museum and library. Francesco I. d'Este initiated the construction of the palace. The palace was buil on ruins of former Este Castle in the first half of the 17th century. The main feature of the palace is its baroque facade.

Modena Cathedral and Ghirlandina – is included in the UNESCO World Heritage List. The foundation stone of this three-navy cathedral and its church tower was laid in the year of 1099. This romanesque sacral building was finnished towards the end of the 12th century. Portraits of prophets and some Biblical stories are depicted on the façade of the cathedral. More than 80 meters high Ghirlanda tower, a symbol of the city, is a combination of Romanesque and Gothic styles. 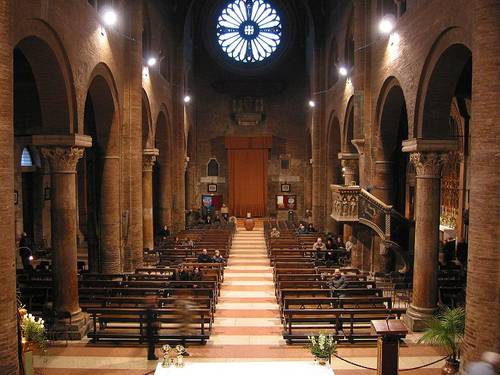 Town Hall – another of the UNESCO’s sites. Its most visible part is the clock tower. However, before there used to be another tower which was demolished after an earthquake in the second half of the 17th century. The most valuable parts of the town hall’s interior is, for instance, Sala del Fuoco (in English Fire Hall), on its walls there are famous figures of ancient Rome. Among other famous chambers of the town hall is Sala del Vecchio where are Bartolomeo Schedoni’s paintings (a native, a baroque painter) or Sala degli Arazzi with 18th century paintings. 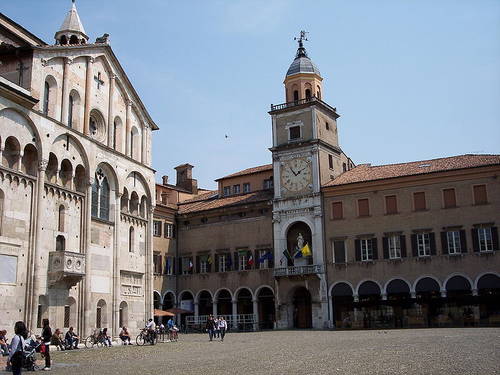 Galleria Civica – is one of leading cultural institutions in Italy, it cooperates with many prestigious museums, associations, and galleries all-around the world. Mostly contemporary art (design, photography) is displayed there. In its Pallazo Santa Margherita the gallery gives an opportunity to young artists who mostly show their drawing and photographies.