en.infoglobe.cz » Italy, Modena I. - The History of the City

Currently, the city of Modena is an important Italian industrial center, but boasts a rich history. The beginnings of the settlement date back to prehistoric times, but the first written mention is from the time Hannibal passed through the city (3rd century BC). Modena (the name of Mutina) was home to the Gauls and Etrusks, and during the Roman era they ranked among the important centers where Pompey and Cézar dwelt. It is therefore not surprising that two famous battles took place at that time. In 194 BC, the Romans were victorious over Gala and later in April 43 before Christ at Muti suffered the second defeat of Marcus Antonius, who eventually conquered the city. Interestingly, there was also the Caesar's killer, Decimus Brutus, who, however, after the siege, the city was seized shortly afterwards. 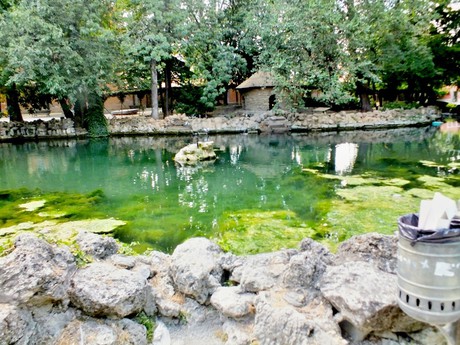 During the Longobard era (5th century), Modena attacked the Hunts led by Attila. Old Modena was flooded and abandoned (the 7th century) and new settlers (9th century) gave the foundation to a modern city. The university was founded here (1175) and the government took over the genus d'Este (13th - 18th centuries).
In 1671 the city damaged an earthquake, followed by Baroque-style architecture. It was a magnificent period of the creation of the palaces of rich Moden families. It was certainly not the only earthquake in this area and this city. Damage caused the natural element in 2012, so do not rely on the solid ground under your feet. 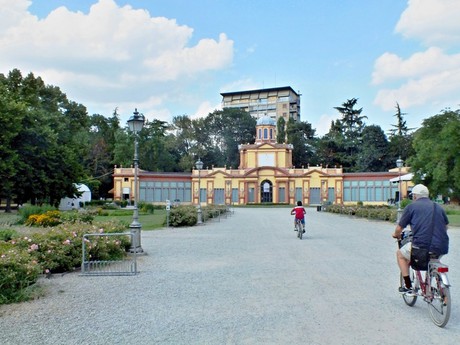 Today, the city boasts many historic buildings of sacred and profane character, which you will find during the walks through the aisles. You will also find a resting place in Parco Giardino Ducale Estensa Park. 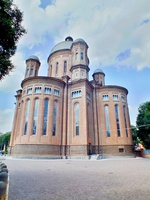 We start touring the city a bit unconventionally, and it's a break in the park, which also has its long history. The park was originally called Giardini Pubblici and its roots can be seen from the 16th century when the garden of the adjacent ducal castle was here. During the reign of Francis I d'Este, the park was enhanced. In 1739 Franz III declared the gardens as common and was subsequently made available to the city's inhabitants. With the unification of Italy, the garden once again became the property of the monarch, but since 1870 it is again the property of the city.

The park is rich in greenery in the form of different trees, in the shade of which is a pond with ducks and swans. There is also a playground, bar and toilet. The natural scenery is dominated by the magnificent Palazzina dei Giardini (1634), which forms a kind of entrance to the park. It was once a place for entertainment in the form of music and dance, but since 1983 it has been a prestigious and internationally recognized showroom. In another part of the park there is a pavilion where a university botanical garden with exotic plants was founded in 1772. 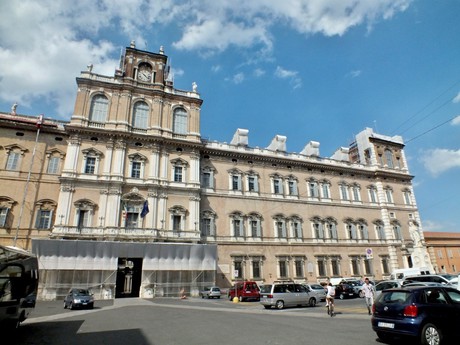 At the first glance, the visitor has the feeling that it is closed and can not go through the park. But the opposite is true. If you capture his opening hours (summer 6.30 - 23.30 and winter 7.00 - 20.30), you will save yourself a lot of time by going around and enjoying a peaceful cross over the park to make your city more enjoyable. The Ferrari Museum or Tempio Monumentale San Giuseppe (1923 - 1929, Domenico Barbanti) in the historic center of Modena, or vice versa. 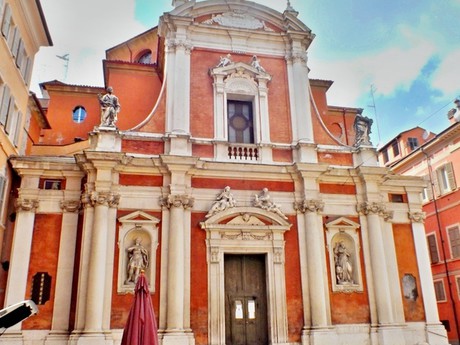 From the park we went to Piazza Roma, where the baroque facade of the former residence of the family d'Este (17th-19th centuries) was revealed. The current palace stands at the site of the 1291 castle. The Palazzo Ducale ducal palace was built on the orders of Franz I d'Este (1634, Bartolomeo Avanzini) and finished with Franz V. It is one of the most prestigious and largest Baroque palaces in Italy. Many members of the genus d'Este were born here.

Today, this largest city building is the seat of the Military Academy - the Accademia di Modena Militare, the Military Museum and Library and the University Astronomical and Geophysical Museum. 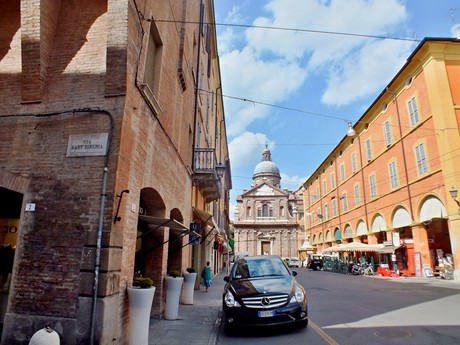 Walking to the center, we pass the Baroque temple of Chiesa di San Giorgio. Church of St. George, also known as the sanctuary of Our Lady of Help, according to the image on the altar (1647, Gaspare Vigarano) forms a groundplan of a Greek cross domed by a dome supported by Corinthian columns. It also attracts its orange façade, which is decorated with a cycle of marble statues. 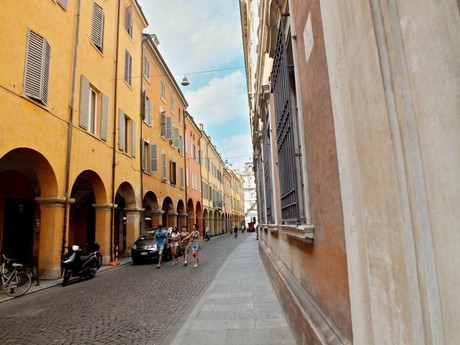 Our steps towards the historic center still lead next to the Church of Del Voto (1634 - 1640, Christopher Galaverna). It was built to make the inhabitants of Modena and Duke Francis I d'Este fulfill the promise of 1630, which gave Madonna della Ghiara when they asked her to stop the epidemic she had in the city. After a short stop we continue to the heart of the city. But what we will discover or see will be revealed next week.