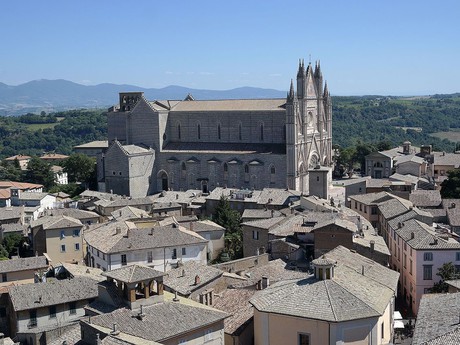 We continue our tour to the most important monument in the city, which is the local cathedral - Duomo di Orvieto. You will not see it anywhere else in Italy. At first glance you will be attracted for its adornment. The most famous architects of their time took part in decorating the temple. You  will see both beautiful reliefs and large colorful mosaics. The cathedral is often taken as one of the best examples of Italian Gothic.

The church itself was built in 1290 but, for example, the massive bronze doors were made by the hands of the leading Italian sculptor Emilio Greco in the late 1960s. His bronze sculptures, for example, are exhibited at the St Petersburg Hermitage, London's Tate Modern gallery and other prestigious art institutions. 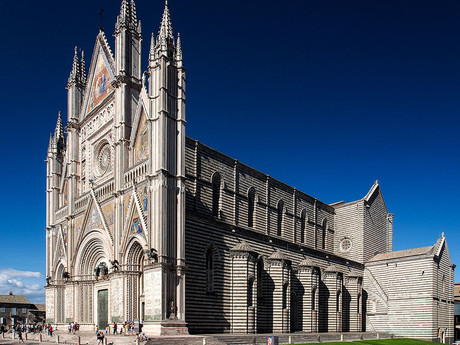 The icing on the cake is not a door but a fresco with the motifs of the Final Judgment and the Resurrection created by Luca Signorelli. It is a work that excels in its humanistic approach, a very human emotion. If the name Signorelli does not say anything to you, you must know at least the Sistine Chapel. This artist, together with Botticelli and Perugin, participated in the world-famous fresco cycle today.
Perhaps it is better to go outside the tourist season. It's busy enough here, so it'll take a while for you to get inside. The number of visitors who can be in the church at once is strictly limited. 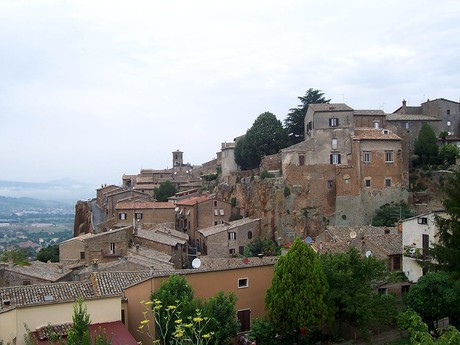 However, we will leave the cathedral and we will walk about five minutes by the narrow medieval street of Via del Duomo. We pass a tiny square, picturesque shops with decorative souvenirs, wine bars or ice cream parlors until we reach Torre del Moro.

Torre del Moro, which has been standing here since the 13th century, will suddenly rise above the houses as you come near it. Originally, the tower was named after the Pope, but later it was renamed to Moro. This name also became the name for the adjacent neighborhood. The tower is practically in the middle of the city. It is open to the public, but you have to overcome a large number of stairs. 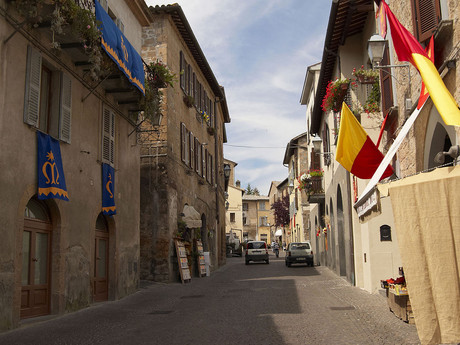 Towards the tower is the most important street in the city that stretches from east to west - Corso Cavour. The beautiful street is lined with medieval houses, including the Renaissance palace Palazzo Gualterio. At the western end of the street you can reach Piazza della Repubblica, which also boasts magnificent buildings such as the 12th-century Palazzo Comunale or the Sant'Andrea church with its twelve-foot bell tower from the 11th century..

The city is really beautiful. If you are near, so be sure to come here.