When you lift the head from fresh fish and juicy fruit, can see Palermo is full of beautiful architecture, but shabby and neglected, with a few exceptions of course. Most of the houses that you see come from the 19th or 20th century and well fit into my idea of ​​Italian architecture, the seaside town. Not everyone may be happy from streets with narrow sidewalks, where you lurk a lot of garbage, and often other nasty obstacles and wide roads with thunderous traffic just like that. On the other hand, abounds in Palermo heavily definable own atmosphere, which you can enjoy like the author to be excellent with ice cream in a candy store purchased specifically Ciccio (Via dei Mille 73), which boasts a selection of king Christian and prices (1,5 euros per two massive scoops). 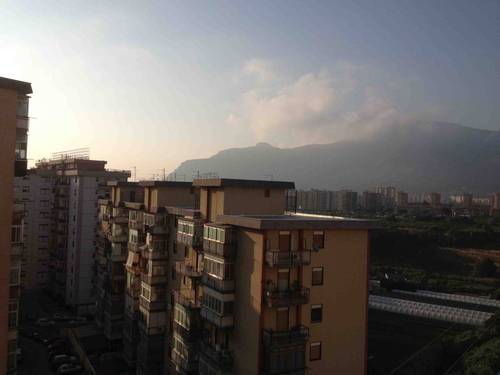 During your walks but do not forget to Palermo to visit some of his famous landmarks: the Teatro Massimo, Palermo Cathedral, the Palazzo dei Normanni and Piazza Pretoria. 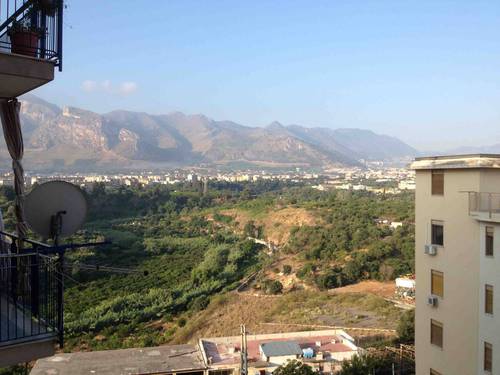 Teatro Massimo (on the Piazza Verdi) on flat terrain, where Palermo lies, easily lost among the houses, but when you get the tangle of streets in the square, you will understand why the theatre has this name. Clearly the largest theater in Italy with a capacity of almost 1400 seats and one of the largest ever in Europe was opened in 1897 to honour of Victor Emmanuel II., the first king of united Italy. Colossus was the architect Giovan Battista Filippo Basile, who died during construction, however, and so had to continue his work by his son Ernesto. If you would like to see more of the theatre close, but you would not want to buy tickets to one of the ballets or operas, it is possible to pay 8 Euros for the tour. 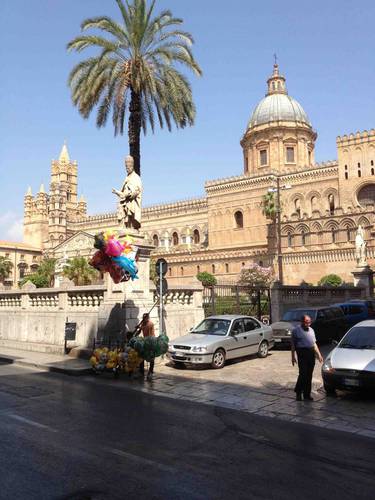 Approximately fifteen minutes of walk from the Teatro Massimo on a busy main street of Via Maqueda take you to another beautiful monument of Palermo - Piazza Pretoria, which is considered one of the main square Palermo. At its centre is impressive Mannerist Fountain (1554 - 1555), moved from Tuscany to Palermo, and placed between the baroque building of churches of St. Catherine and St. Giuseppe dei Teatini and baroque Palazzo Pretoria. From hot sun fountain will however not bring any relief, because it is surrounded by a metal fence. But pay attention to the nude mythological beings, animals and fantastic creatures that surrounded it. 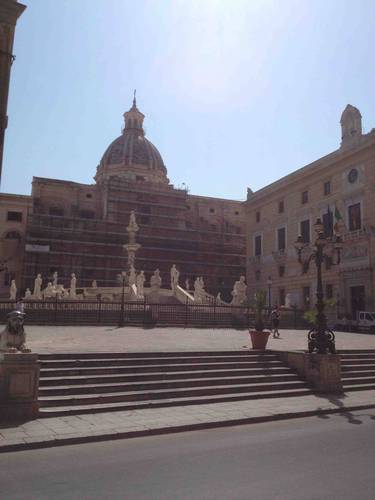 On the way from Piazza Pretoria on the Via Vittorio Emanuele, approximately ten minutes walk to get to another amazing memory Cattedrale di Vergine Assunta. Keep in mind that you may be able to resist one of the many souvenir shops that are stacked next to each other opposite the boundary wall of the church complex, and can you take any of a wide variety of dust collectors. One way or another, do not escape the cathedral. Its origin dates back to late 12th century - the time when the island was coming to an end one hundred government and the Normans of Sicily was one of the richest European kingdom. Palermo then inhabited by over three hundred thousand people, which was one of the largest European cities. 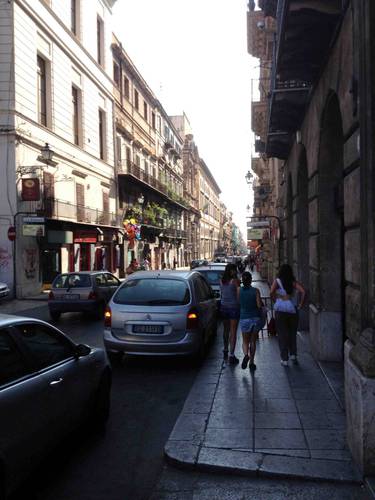 Cathedral, which is due to different add building, mixture of various architectural styles, is also the final resting place of many rulers of the island (Roger II. Sicilian, Henry VI., Štaufský, Peter II. Sicilian and others), which are stored in the magnificent tombs.