For the existence of the Roman Empire, Parma was a part of it since the turn of the second and third centuries AD, but unfortunately, of those times, practically nothing survived. The name Parma is of Etruscan origin, and marked a circular military shield that the Romans later assumed. The significance of the city laid that it lay on an important Via Aemilia. This route, which connected Ariminum (today's Rimini) with Placentia (Piacenza), was completed in 187 BC and stood for the intensive colonization of the fertile lowlands of today's northern Italy, then called Gallia Cisalpina.

At that time, the Romans had a well-established and highly efficient system of colonization of the new territories. In the newly conquered territories, a road on which they were founded either by civilians or by retired soldiers of the settlement was first built. More specifically, Via Aemilia was founded today, for example, in Bologna or Modena. 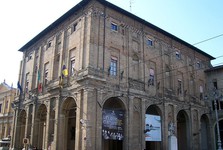 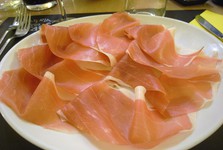 We are the first to visit Piazza Duomo in the historic part of the city. A rather faintly-looking square beautifies the cathedral and the baptistery. The cathedral, which was built in the 12th century, shows signs of Romanesque architecture at first glance. Inside your attention will surely catch the huge fresco in the dome. An impressive work depicts the Assumption of the Virgin Mary. In the 15th century it was painted by Correggio, whose works are renowned for a sophisticated perspective and have significantly influenced European painting of the 17th and 18th centuries. On the cathedral floors pay attention to early Christian mosaics. 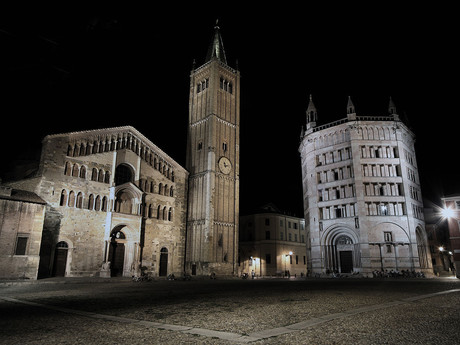 baptistery. Its construction began at the end of the 12th century and thus carries the traces of Romanesque architecture. His designer was Benedetto Antelami, whose line of work also features biblical reliefs that can be seen at the entrance to the building. It was completed, however, a century later and its part is in the Gothic spirit. The smooth transition between the two distinctly different styles makes the Baptistery one of the most fascinating buildings that we have visited during our travels throughout Italy. Inside you can enjoy colorful frescoes and reliefs from the 13th century..

But enough monuments for today. In the land that has given the world so much great food, you need to enjoy it and spoil your stomach a little. In addition to Parma ham and the divine Parmesan cheese, you can also taste some delicious tortellini, for example, in the renowned Gallo D'Oro Restaurant. This cozy establishment is hidden in one of the alleyways in the historic city center. And if you're afraid the restaurant fame goes hand in hand with the prices, then we can (perhaps) calm you down. The main courses here are usually below ten euros, so you will definitely give some sweet something at the end.