We decided to visit only a few of the many monuments of secular character that stand in the city. From Piazza Giuseppe Garibaldi and the Governor's Palace, we cross Via Garibaldi to the Theatro Regio di Parma (1821-1829, Nicola Bettoli). We stand in front of the austere neoclassical facade of the theater, which has long been regarded as Europe's largest and most beautiful theater building. The building was built by the wife of Napoleon, Duchess of Parma Maria Louisa of Habsburg-Lorraine, on the site of the former monastery of Sts. Alexandra. 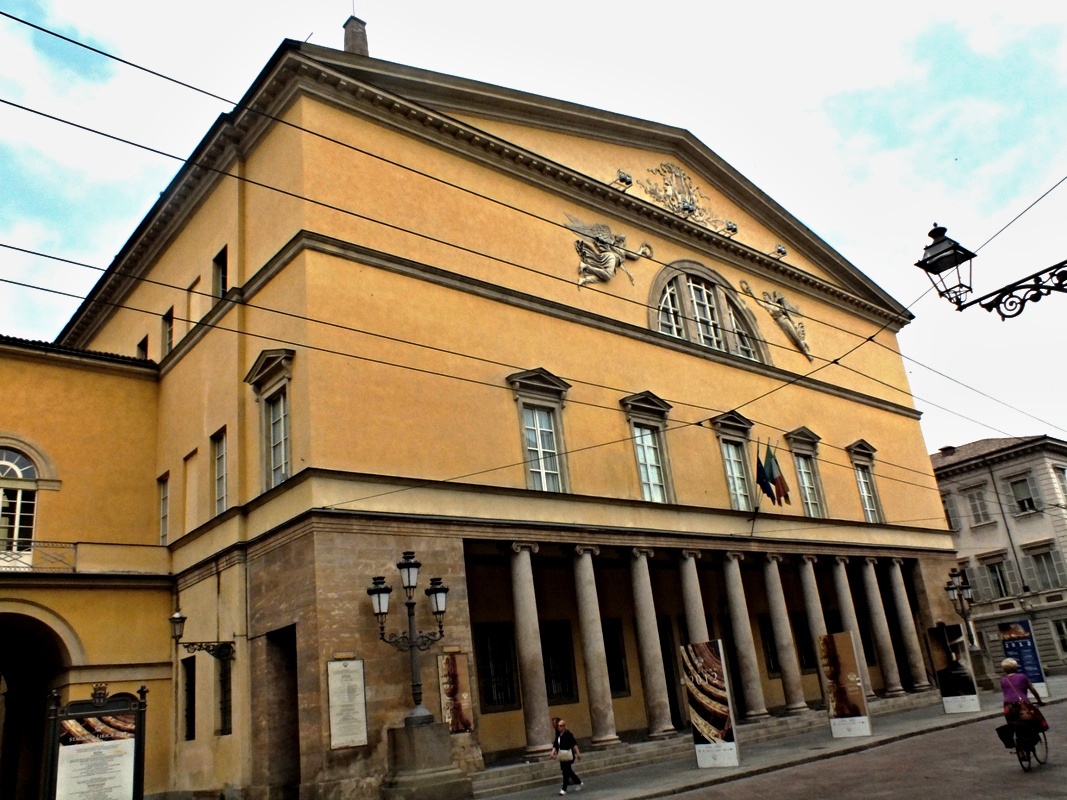 The theater, originally known as the Teatro Ducale, was opened on 16 May 1829 by the opera Zaira by Vincenzo Bellini. What we now have the opportunity to see is very different from the original appearance of the theater. Originally this building was designed for various types of theater performances, animal performances, gymnastics, scientific demonstrations or illusionism.

Gradually we approach the theater colonnade closer to peek into the foyer with two rows of Ionic columns. The staircase on the left leads to a small theater on the first floor, decorated with frescoes. The large salon called ridotto, which served the Duchess Maria Luis, was connected directly to the Ducal Palace. If someone is interested, for a fee they can see the spaces where small concerts are currently held. The ceiling is decorated with the characters of the greatest playwrights (Seneca, Goldoni, Alfieri, Euripides, Plautus, Aristophanes and Metastasio). Also interesting is the lighting, which is provided by a 1,100 kilogram weighing chandelier from Paris. The theater curtain is one of the few that has survived to this day. It depicts an allegory of wisdom with Minerva, surrounded by gods, fairies, poets and men. The model for Minerva was the Duchess Marie Luisa herself. 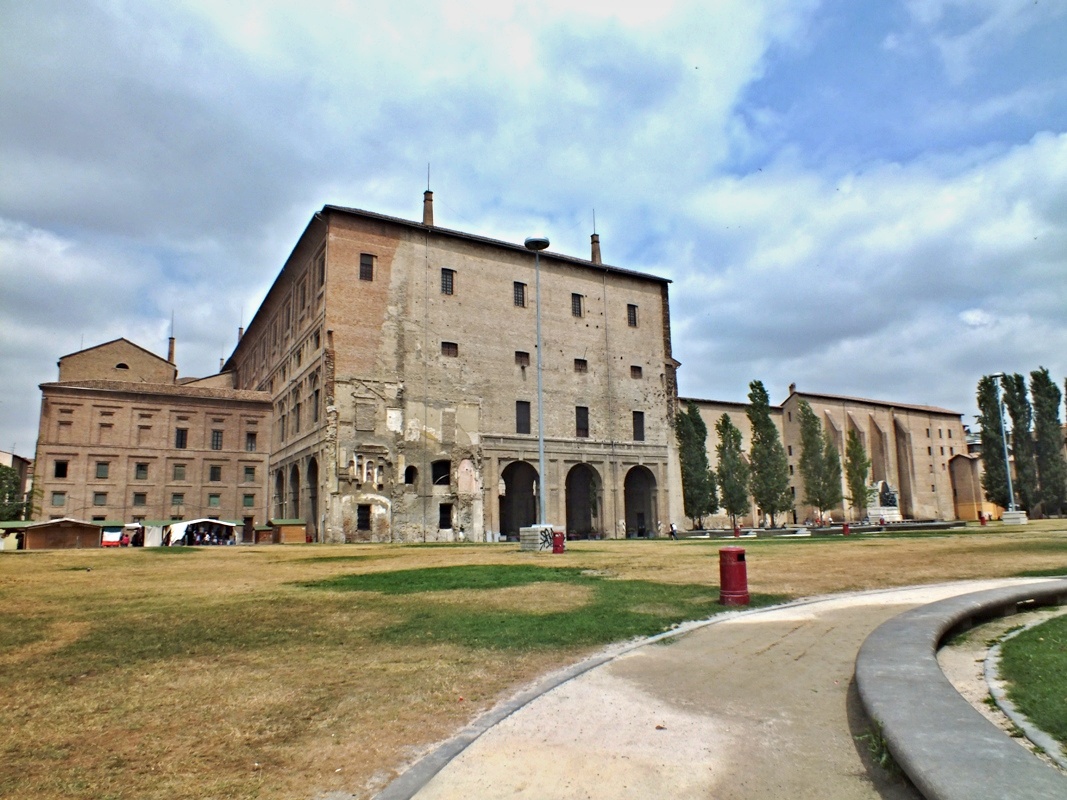 The theater is closely linked toGiuseppe Verdi, who has become an honorary citizen of the city, and after 2004, the annual Verdi Festival, which takes place in October, is also named. Another famous name is a native of Parma and conductor and that is of Arturo Toscanini. 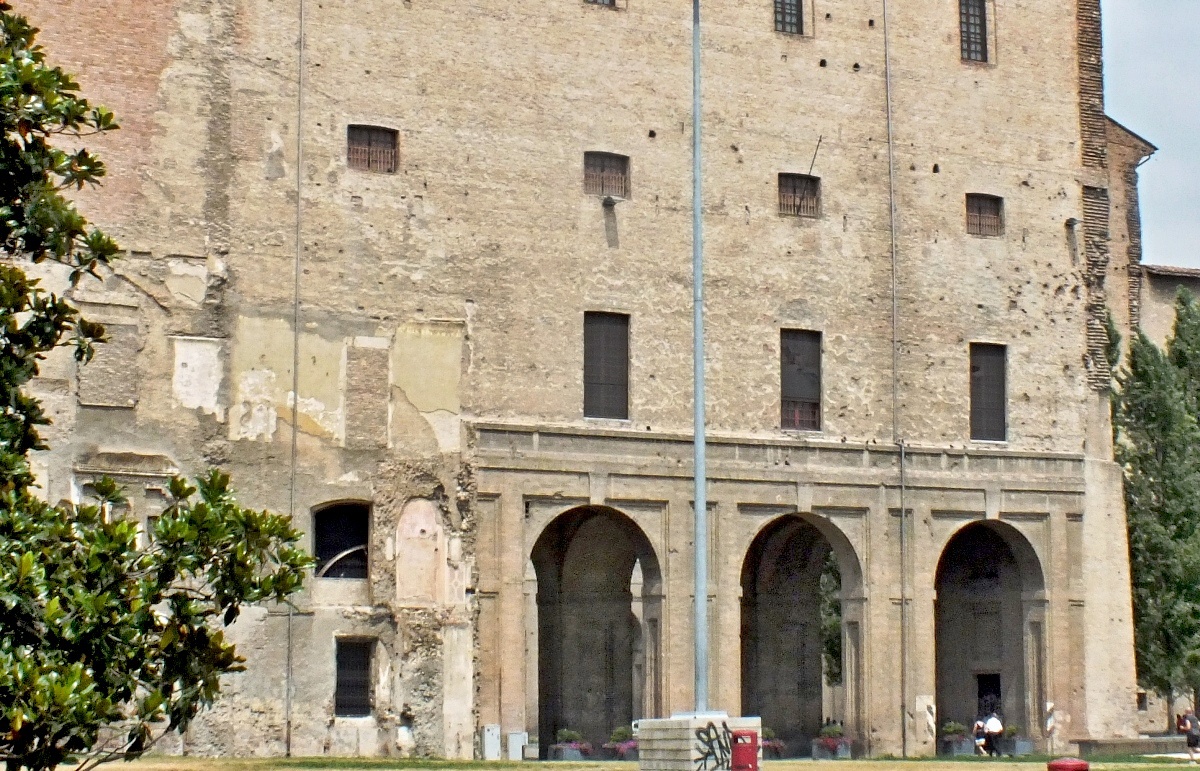 We continue along the street and the large park area on Piazza della Pace, which closes the magnificent Renaissance Palazzo della Pilotta (1583) from the west. This empty space was created by aerial bombing during World War II, when the palace itself was damaged. Today, besides green planting, you can also see the guerrilla monument and the monument to Giuseppe Verdi.

We come closer to a complex of buildings built for Ottavio Farnese and walk through the arcade gallery that connected the two ducal palaces with the park. The name of the Pilot Palace comes from the pelota (a ball game played by Spanish soldiers in the yard). On the right side there was once a Dominican church of st. Peter, who destroyed the bombing. Nowadays, this complex covers many cultural institutions and is therefore one of the most visited monuments in the city. 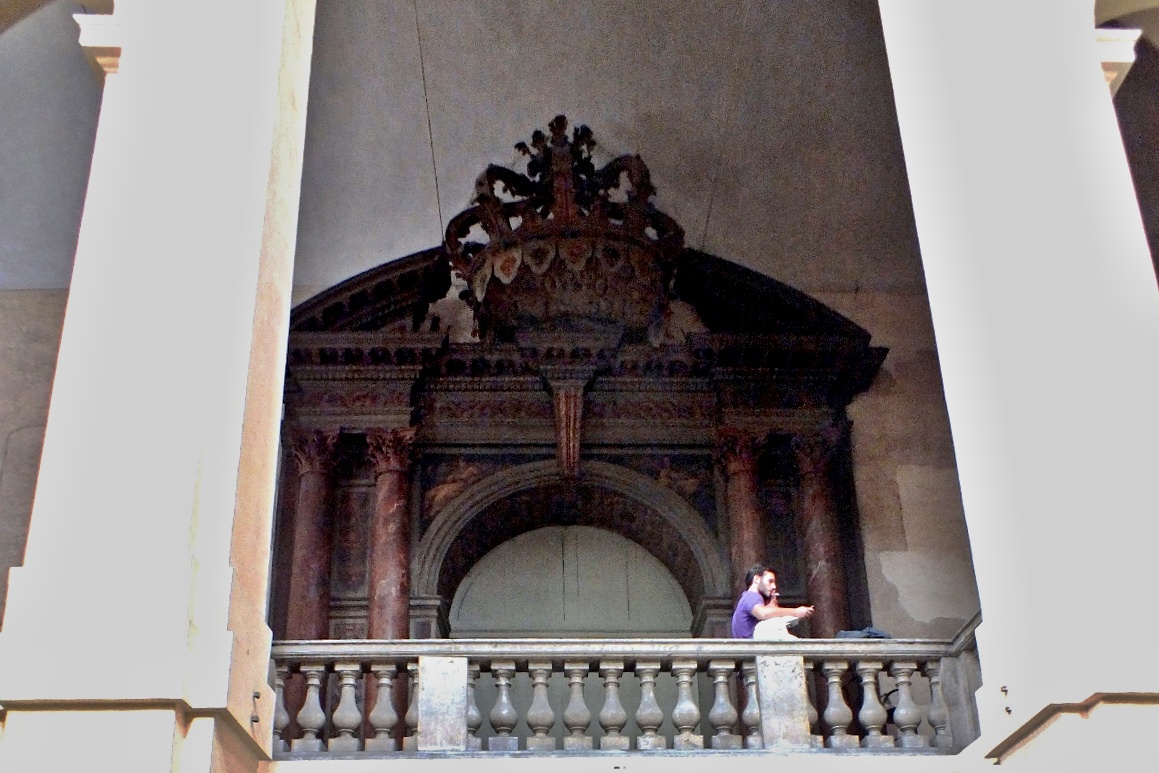 There is the National Archaeological Museum and the National Gallery of the Galleria Nazionale di Parma with works by renowned artists. The complex also boasts the oldest Italian typo museum, the Museo Bodoniano, which was opened in 1963 to mark the 150th anniversary of the death of the eminent printer Giambattista Bodoni.
The Academy of Fine Arts was established here in 1752 - the Scuola Lombarda private art school. Since 2011 it is called Liceo Artistico Statale Paolo Toschi. This school of art is named after the engraver and draftsman Paolo Toschi (1788-1854), a native of Parma. Another institution is the Biblioteca Palatina library, which was officially opened in May 1769 in the presence of the Austrian Emperor Joseph II. 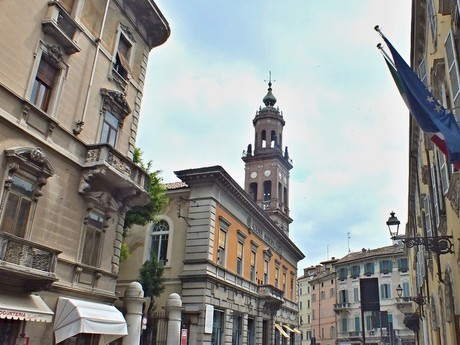 We are gradually moving to the theater Teatro Farnese (1618–1619, Giovani Battista Aleotti), which was commissioned by Prince Ranuccia I. due to the visit of Cosimo II. Medicejského. Due to his illness, the theater was inaugurated on December 21, 1628 with the play Mercury and Mars with the music of Claudio Monteverdi, on the occasion of the marriage of the duke's son Edward and daughter Cosima II. The performances of this theater were so expensive that they were used only for the next eight performances. The last one was during the visit of Charles III. Spanish in 1732. Even this part of the palace escaped the horrors of bombing. For a fee, you can also look into this wooden theater built in the middle of the palace. The spruce interior is decorated with stucco, which resembles marble. The semicircular auditorium consists of 14 floors for 3000 spectators. 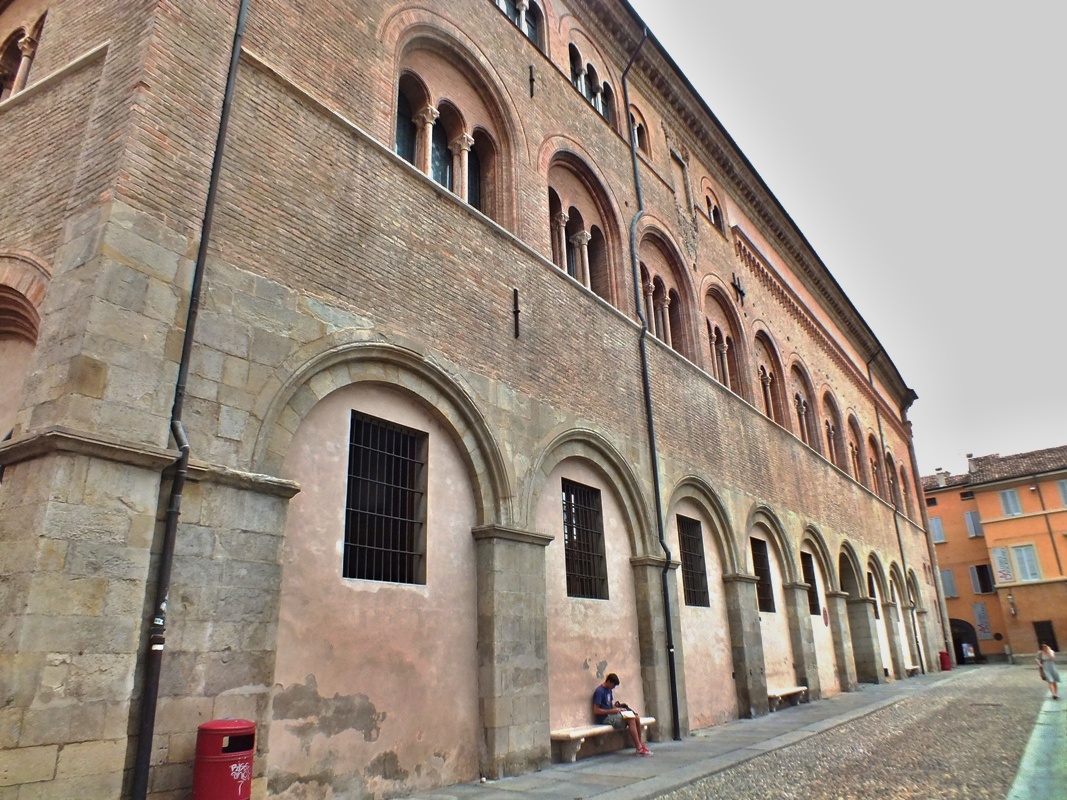 On Via Makedonio Melloni we head for Monumento ai Caduti. This war memorial dedicated to the fallen in all wars is set in the ancient tower of Torre San Paolo. There is also a Benedictine monastery of San Paolo (11th century) with precious frescoes, which today serves as a museum. Abbess Monastery ordered Alessandro Araldi and young Correggio to decorate. Araldi created the decoration of the St. Catherine (1514) in the style of grotesque (small decorative paintings or sculptures from plant, figural and fantastic motifs, inspired by mural paintings from ancient Pompeii and Rome). The fresco on the ceiling of the private abbot's salon - in the room of st. Paul was the first big order for Correggio. The ceiling was decorated with cherubs, plant motifs, and black and white mythological motifs.

A little further away is Piazza del Duomo, where the Bishop's Palace, Palazzo Vescovile (1045–1234), which houses the Bishop of Parma and the diocesan curia, stands opposite the cathedral. For now, we're over, but in a week we'll look further.