en.infoglobe.cz » Italy, Pistoia – Seeing the Riches of the Catholic Church

Pistoia is the town we visit today. Maybe you have never heard of it. In any case the town is equal to Ceske Budejovice. Approximately in the 6th century BC, originally the Etruscan

settlement became a Roman colony and was given the name Pistorium.

Pistoia, like other Tuscan towns, is heavily influenced by nearby Florence and Pisa, so you can see beautiful architecture today. It is wonderful how many amazing works of architecture are situated in relatively small town.

Start at the very heart of the city - Piazza Duomo, dominated by Cattedrale di San Zeno, built in the 12th and 13th centuries on the site of a former 5th century church. The façade consists of a portico with seven arches and three entrances. On the left side of the church, there is a 67-meter-high befry, which formerly was a Lombard watchtower. Inside the cathedral, note the scenes from the Old and New Testaments, or from the life of St. James. 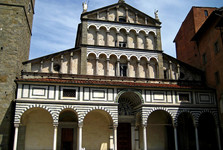 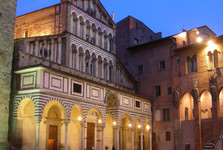 The baptistery, situated opposite to the main entrance to the cathedral, was built in the middle of the 14th century. The walls of the building form alternating horizontal lines of green and white marble. In the tympanon above the main entrance, you will see the statue of the Virgin Mary. On the sides of the entrance to the baptistery are statues of St. John the Baptist and St. John the Baptist and St. Peter. 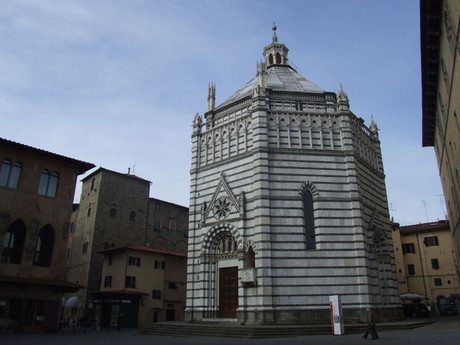 Also, look at the Museo Capitolare, which shelves the treasures of the Catholic church. Some even are mentioned Dante in his Divine Comedy. You will see, for example, St. Zeno's reliquary and the remarkable reliquary of St. James from 1407 made by Lorenzo Ghiberti. If he does not say anything about it, let's say that he was one of the first representatives of the early Florentine Renaissance. Ghiberti, along with Brunelleschi, created the bronze door of the Florentine baptistery with the Old Testament ideas. For example, Ghiberti has created statues of saints who adorn the niches of Florentine Or San Michele. 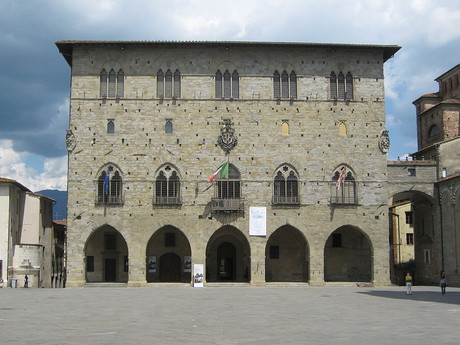 To the left of the cathedral you will see the Palazzo del Comune, whose construction began under the rule of the Florentine governor in 1294 and ended up almost a century later. On the facade, pay special attention to the huge Medici coat of arms. The palace houses the Municipal Museum, which displays frescoes and paintings from the 13th to 18th centuries. The oldest paintings can be found in the two main halls on the ground floor.

Those of you who love history go here!