You can get to Vatican by every means of public transportation. Subway was our choice. It is easy to orientate in and there is a subway lines map in every tourist map. We set off from Roma Termini and travelled by A line to Ottaviano - S. Pietro. There we went down Via Ottaviano, crossed Pizza Risorgimento, and then walked down Via di Porta Angelica street which led us to the entrance to Vatican, i.e. St Peter's Square. You don't need to have a map. Just follow other tourists and soon you will spot ramparts of this city state. Moreover, there are many security guards around willing to help you with anything. 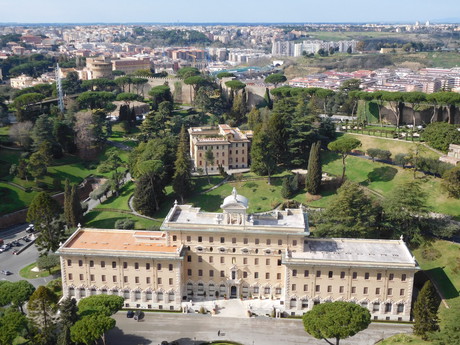 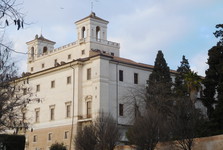 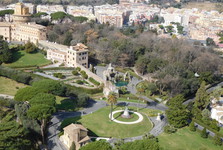 The entrance to St Peter's square is for free, plus there are no security checks. There bigns the first moment allowing you to see Vatican in its complete beauty at once. However, there is one more place with even better vista  - St Peter's basilica, the main landmark on the square. We planned to visit the dome of the basilica, primarily for the great vista. Also, we planned on visiting the Sistine chapel. However, the long queues made us reconsider and limit our visit only to the basilica. Good half of the square consists of crowds waiting to have their luggage controlled and only then to enter St Peter's basilica and some other famous places. Even an online bought ticket we couldn't get inside in less than an hour. You can drink there but better don't carry a large backpack because you may not be allowed to be let inside. On information boards backpacks are crossed as they are not allowed. However, small backpacks should not posses any problem. 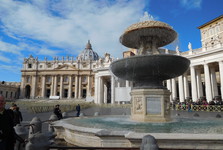 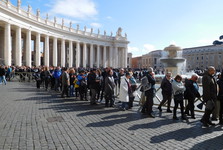 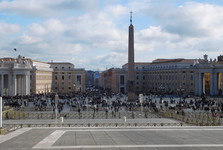 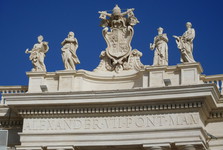 It is free of charge to enter St Peter's basilica and you are allowed to take pictures at most places. It is a huge structure, in fact one of the largest basilicas in the world. It was built during the rule of Constantine I the Great. In the course of time, the basilica saw architecotnic additions and renovations. Some are linked to the famous name of Michelangelo (especially the Last Judgement in the Sistine Chapel). 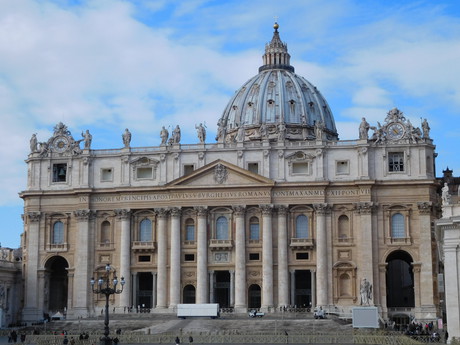 Upon our isit to the basilica's interior, we moved to the inside of the dome. I recommend you to use the elevator. This way you won't have to climb ungodly amount of steps. This tour is not good for old, or sick people. Climbing the steps is quite strenous. Off season means there are not that many people there. People who needed to rest had no problems to do so during the climb. The vista over the St Peter's square is great reward for getting all the way up for you will see Rome spreading before you. Also, you can buy there sum snack. Once you are back on the square, you can send a postcard right through Vatican post office. You can buy even themed stamps. 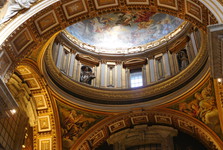 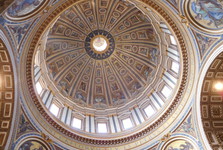 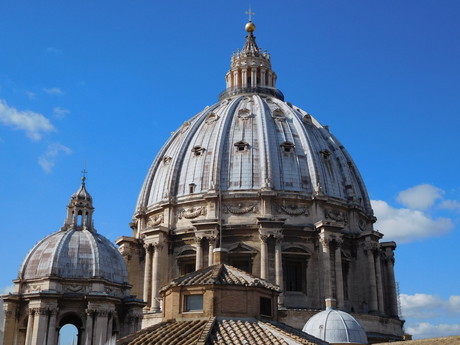 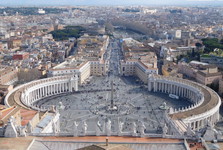 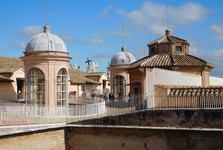 We moved to Angel Castle (Castel Sant´Angelo)  from Vatican which is on Tibera's right riverbank. Originally, this round building was Emperor Hadrian's mausoleum. It is linked with Tibera's left riverbank by the not less famous Angel Bridge (Ponte Sant´Angelo), an execution ground originally. There is an amazing view on the dome of St Peter's basilica nad the Victor Emanuel II's bridge (Ponte Vittorio Emanuele II.). Then we moved to the beautiful baroque Piazza Nanova square close to another amazing Roma sight - Pantheon which is located on Piazza della Rotonda. This temple is among the most important landmarks from the antiquity. Its construction started in 29 BCE under the rule of Marcus Vipsanius Agrippus. The entrance is free of charge. 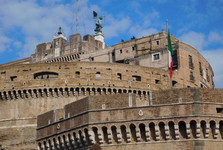 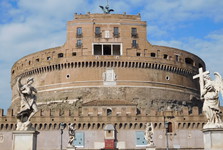 We left Pantheon for Piazza di Spagna, the place of the famous Spanish steps, and Barcaccia, the fountain made by Bernini. Trinita dei Monti is a church built in the 16th century and is located at the end of the steps. Close to the church, there is Villa Medici. Our last point of interest was Piazza del Popolo square. 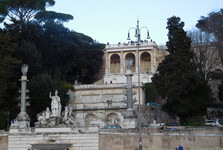 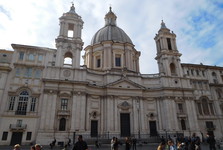 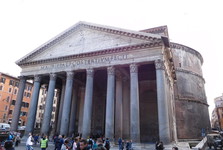 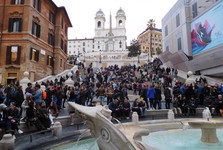