Cerveteri is known for the compound around Necropoli Etrusca della Banditaccia ( the Etruscan Burrial Mould of Banditaccia). It is very close to the town. Once you get off the minibus go straight to the visitor's center right at the center of the square. They speak English here and they gladly explain you the way to the Etruscan necropolis  and give you minibus schedule so you won't miss your ride back. 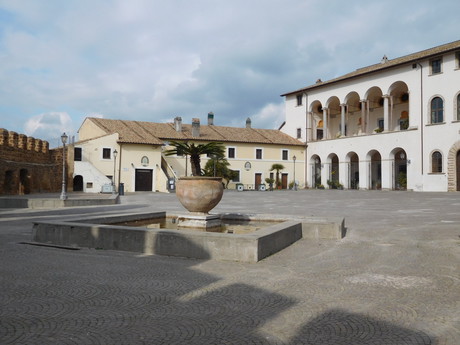 Buses ride also to the compound. However, we decided to go there on foot which takes about twenty minutes and you can't get lost. In front of the compound entrance, you can already see the remains of Etruscan burial grounds. There is also a modern building where you can buy tickets or souvenirs. The entrance costs 8 euro. However, a 10 euro tickets gives you a tour of the National Archeological Museum of Cerite. In addition, you get you receive a multimedia devices allowing you to enjoy a commented tour including animations at the most important poinst of interest in the compound, and you get a compound map as well. The tour is individual. It takes two hours to finish at least. However, during the tour you can definitely make a break for some snack or so. 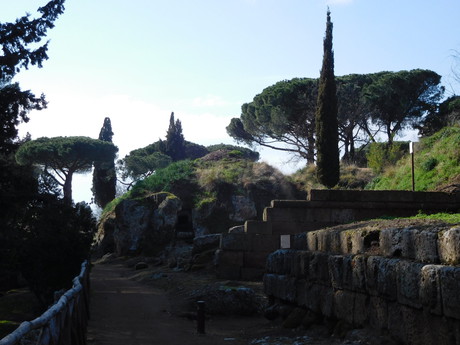 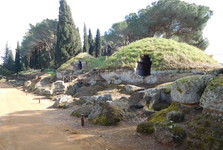 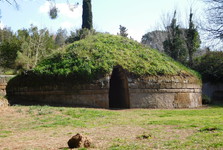 The Etruscan necoropolis Banditaccia was listed to UNESCO's world heritage list in 2004. It is one of the most important archeological compounds in the Mediterranean region. The necropolis is a prime example of burial architecture of the Etruscan culture. The moulds were made of tufa and the oldest were built in the 7th century. Generations of a single family would use the moulds. A century later, the moulds were built in more cubical shape and placed so they resembled a city with its streets and square. Majority of the moulds are available to be visited from inside as well. The multimedia device includes a short talk in several languages on individual moulds. Halway through your tour you can stop for a break and have a snack. In addition, there is a room with about a 15 minute 3D movie on the Etruscs. 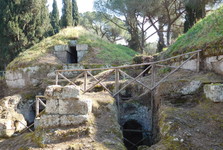 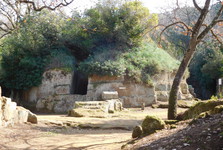 Once you get back to the town, you can see the historic center lined with interesting walls. There are also several palaces, and other monuments. However, we were headed to the National Archeological Museum of Cerite. The museum is housed in Ruspoli castle (near the bus stop on Piazza Santa Maria). There you learn more information on the Etruscan culture. The collection holds many various objects such as burial vases, sarcophages, and items made of ceramics. Also, visit Santa Maria Maggiore church, palace and the hall of the Ruspoli family. You can also see the tower of Borgia. 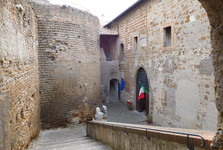 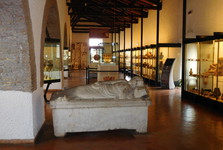 A bus took us back one stop closer to Rome – Cerveteri Ladispoli. However, this time the bus ride was charged. So, I recommend you a microbus for the way back. To make your waiting for the bus shorter, you can sit at local cafe or ice cream shop.