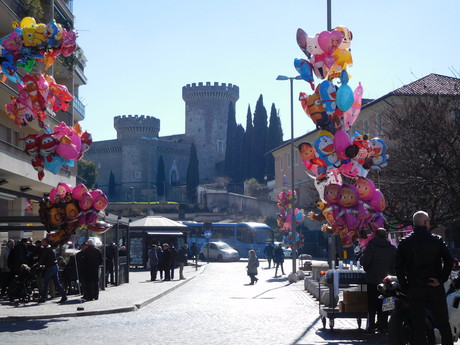 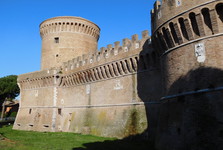 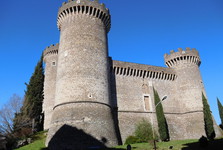 We traveled by train from Roma Termini station to Tivoli station. There it took us aout 15 minutes of walk to reach the aforementioned villa. On our way, we passed by local castle. Not guides, not on the internet is much information on this castle. Yet it is worth taking a picture of it at least. At visitors' centers, they usually recomend you to travel there by subway and bus. Bus gets you right on the square. We traveled by train by mistake. Still, we had no problems to find the villa. The road is nice and pleasant. I would even say that it is affordable. Yet there are more options to travel there for Villa d'Este is very well known sight. 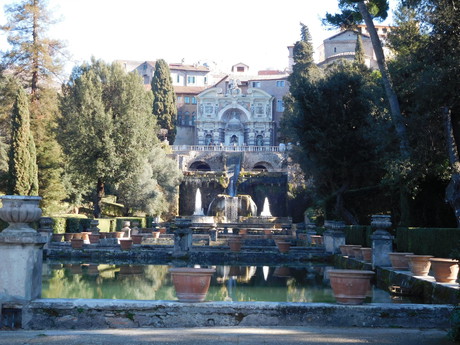 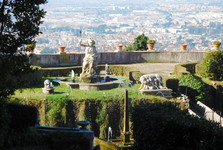 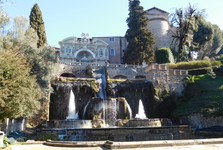 Villa was completed in the 16th century. In 2002, it became part of UNESCO World Heritage. Its interior has magnificent mural paintings, and amazing gardens-  there are many fountains, terraces, statues, fountains. There are old trees covered in moss which gives it somewhat of mysterious atmosphere. If you are in Rome and have an oportunity to travel off the city, be sure to visit the villa. In our opinion the gardens were the most beautiful place we had visited while in Rome. Entering Villa d'Este costs you  8 euro. And you can't pay with a card. The opening hours are limited in the winter season. You can enter the garden with your dog. All fountains are in operation during the off-season period. 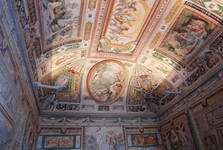 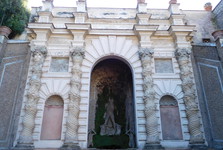 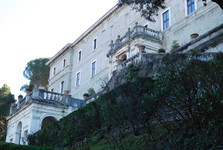 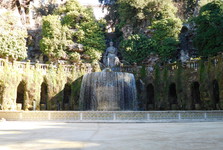 Tivoli is more than just visit Villa d´Este. Tourists can visit Villa Gregoriana park. The park was established by Pope Gregor XVI in 1835. Upon floods the pope built two tunnels inside Catillo mountain. Thus, he diverted water from the Aniene River away from the city. The park opens in March. It is inacessible off season. 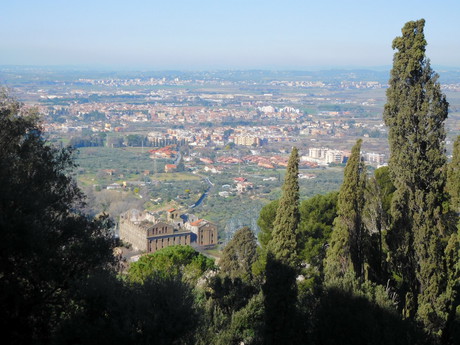 There is another very famous Italian sight 5 km from Tivoli - Villa Adriana. Several buses ride there from Tivoli's square. Keep in mind that some ride right into the compound, other only to Villa Adriana stop which is 1,5 kilometers away. However, direction boards navigate you to the compound. However it is not the most pleasant of the trails. 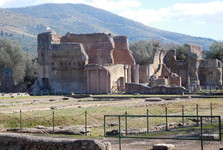 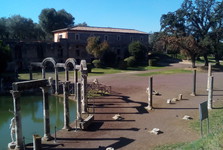 Villa Adriana  vila is a monumental mansion which belonged to Publiuss Aelius Hadrianus. He built it in the 2nd century. It was declared a UNESCO sight in 1999. This huge compound includes over 30 ruins of former buildings including a theater, stadium, palace, temple, fountain etc. Villa Adriana drew inspiration from Egyptian as well as Greek architecture. Water theater is sure worth visiting. Artificially created Kanopos valley and a lake with fish and turtles is surrounded with copies of Greek statues. A royal palace, or temple of Venus.  The compound is gigantic so you can easily spend hours there. You will easily see the entire Rome from local scenic view. And you can make yourselves a picnic here on one of many benches, or just sit on the grass under an olive tree. There are several places with freely accessible drinking water. It costs 8 euro to enter the compound. Here you can use a credit card to pay. 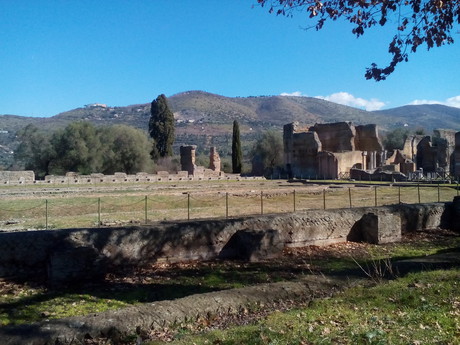 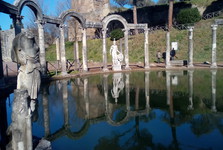 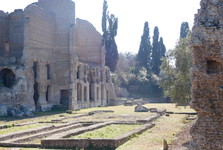