A home to one hundred and fifty thousand is situated on island's south and borders the Mediterranean Sea. Its history dates back to the 8th century BCE. The oldest part of the town, Castello, is situated on the hills rising above the port. Local port was so important that many nations fought over it - Pisans, Genoans, Spaniards, or North African pirates. 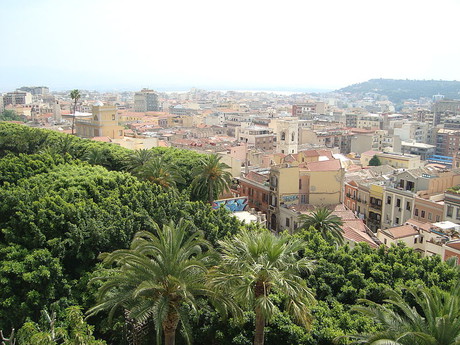 Cagliari is a town of long historic tradition which reflects on its architecture. You will sea old medieval towers, Baroque churches, or architecture featuring Spanish Gothic, Italian Art Noveau, or Neoclassical arcades.

Let us start at town's historic heart – Castello. We walk up marble stairs. There is a beautiful roof promenade going to Bastione di Saint Remy frotress. This fortress even was residence of the powerful House of Savoy. 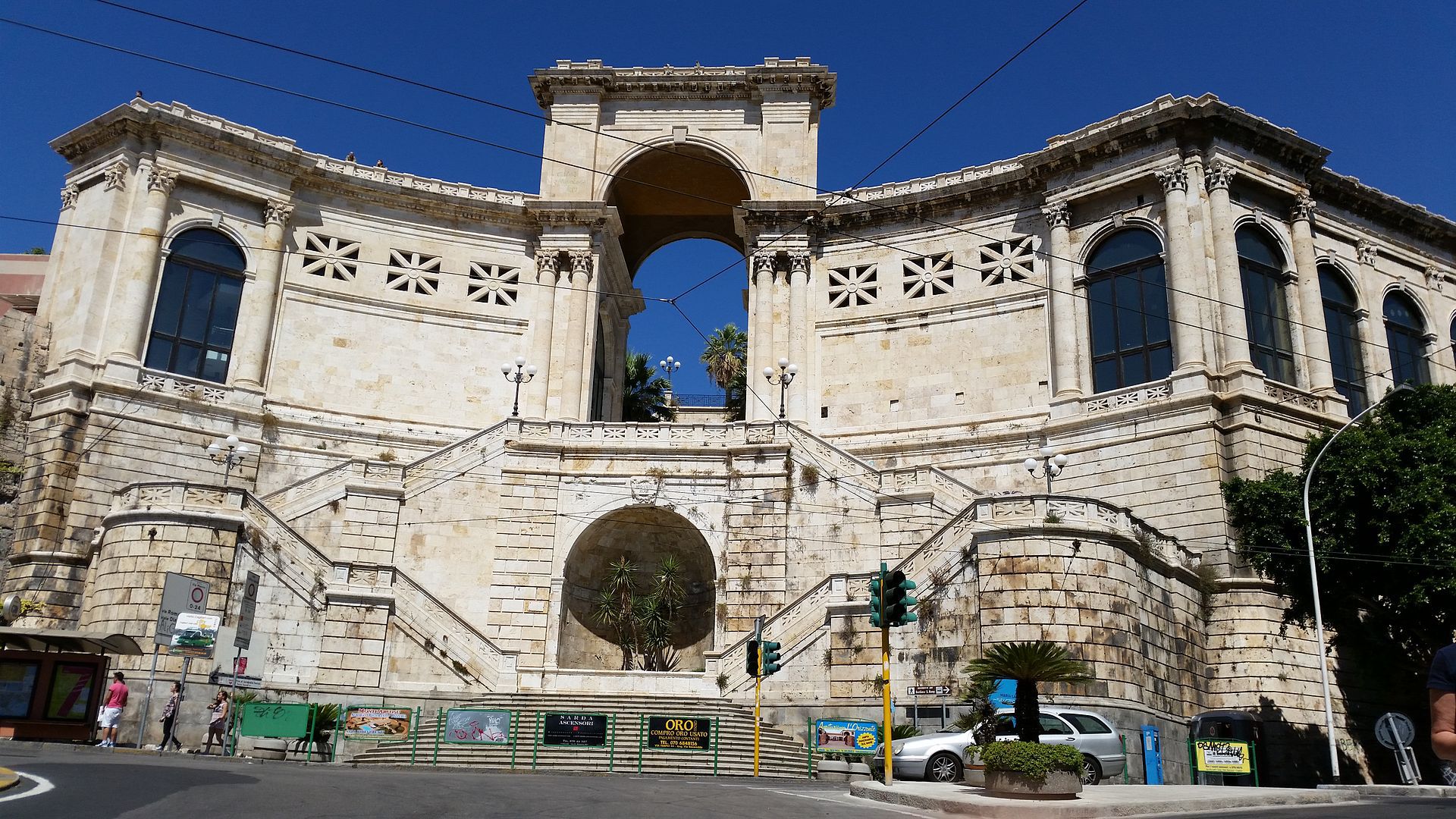 Five minutes by walk from the fortress, there is the Elephant Tower. Most of original medieval ramparts were torn down and used to built city's fortresses or the  Torre dell'Elefante. The massive tower was built in the 14th century to protect the town against the Aragonians attacking Sardinia from the north. Eventually, the Aragonians conquered the town and used the 31-meter tower as a prison. On its walls, they demonstratively hang cut-off heads of convicts. Why called the Elephant Tower? Well, nobody actually knows but you can see a small elephant statue on the tower. 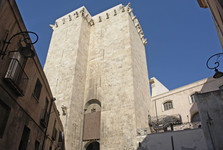 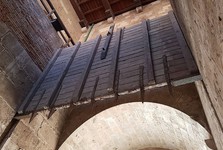 Duomo, cathedral, is one of the most important sights in Sardinia. Built in the 13th century the structure is made in the Romanesque style. It saw Baroque renovations in the 17th and 18th centuries. At the beginning of the 20th century, the cathedral received its present facade. Inside, note rare Flemish triptych depicting Pope Clement VII by Holand painter Rogier van der Weyden. 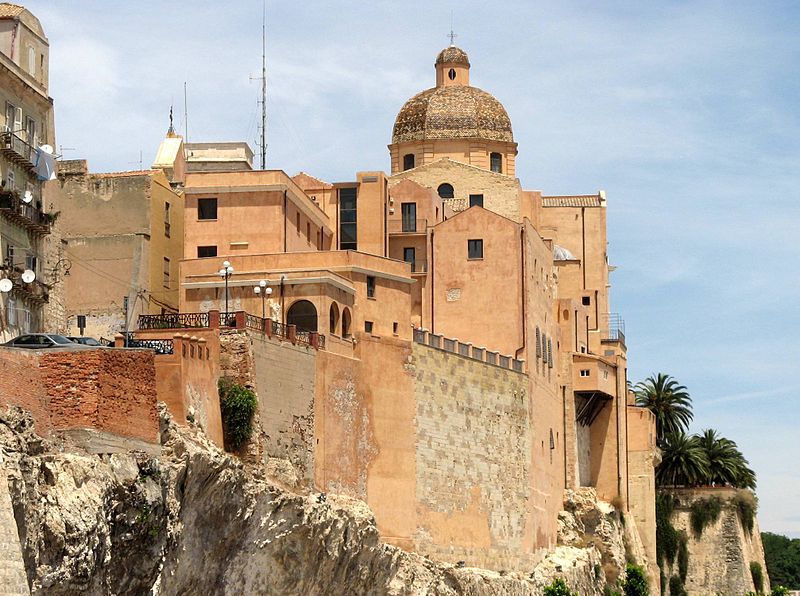 Last but not least is the Archeological museum. It offers a great variety of exhibits to its visitors. Mostly it focuses on ancient Greece and Rome. The Museum is intersting for another reason. Should your knowledge of Sardinia be miniscule, here you may catch on as information on Sardinia here is rather exhaustive.

Published: 1.9.2022
When we say Costa Smeralda, probably each of us imagines an emerald coast, luxury yachts and probably the most famous resort of millionaires and the whole of Sardinia - Porto Cervo. But the Costa Smeralda is something more. It impressed us thanks to the breathtaking beaches we were able to visit and the unusual architecture.

Published: 11.8.2022
Are you thinking about where you will go next summer? How about Sardinia? If you find yourself in the eastern part of this Italian island, I have two travel tips for you. The first of them is a full-day boat trip along the coast of Orosei, the second is the most famous village of the whole island, which lies at the foot of the arid Supramonte mountains.