Tourists know Tivoli mainly as a place where the villa of Emperor Hadrian and Villa d'Este are situated. In the city itself you can enjoy, for example, a medieval castle and several interesting churches.

First we head to Villa d'Este and its beautiful gardens, which have become a model for many similar gardens across Europe. You do not even count on them in ten minutes. On the contrary. If you did, you would have forgotten many. Here you will find fountains, pools, cascades or terraces. At their time the gardens were proud of their original ground plan. In the center, the main road leading to the main fountains was connected. Among the most notable are the Fontana dell'Organo with water-powered organ. Also pay attention to Fontana dell'Ovato and Fontana del Nettuno. In a place called Gran Loggia, you will see what view Cardinal Ippolito d'Este (a very influential man who was also Governor Tivoli) and his guests enjoyed. 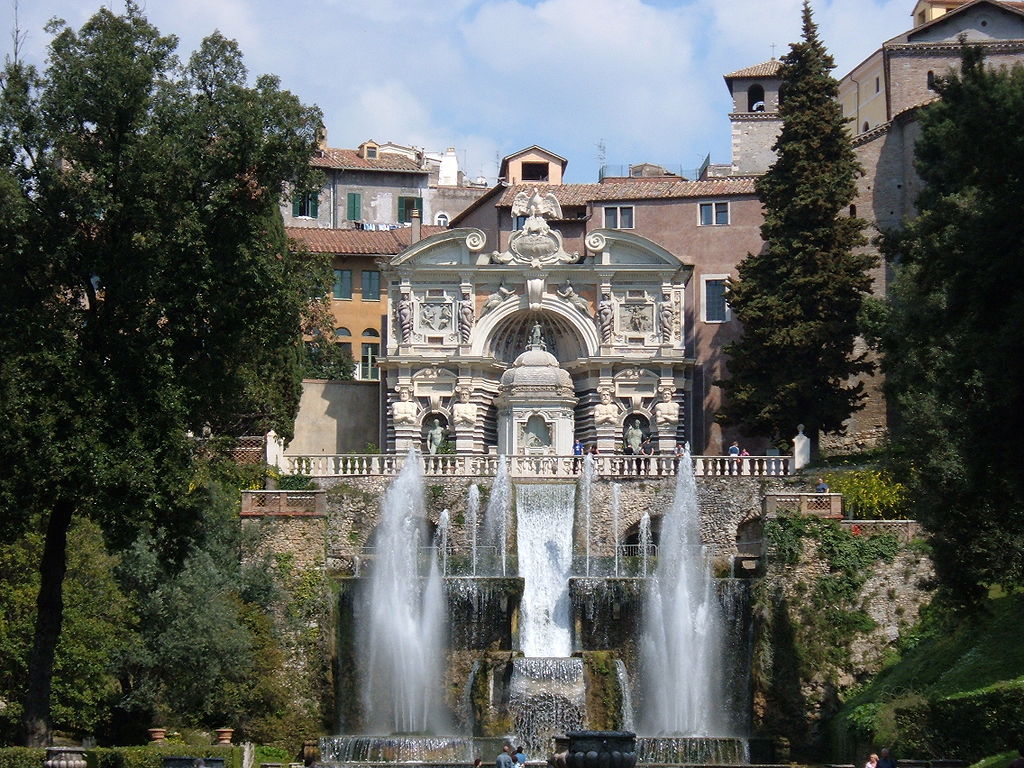 Originally, it was a Benedictine monastery that the cardinal had remarkably rebuilt. However, the cardinal did not wait to complete the construction of the villa and the gardens.

Inside the villa you can see beautiful wall paintings, although not all of them have been spared the time. Note also the grandiose spiral staircase. The villa, a few centuries later, became the property of the powerful Habsburg family, namely the Archduke France Ferdinand, who, in 1914, committed a Gavrilo Principle in Sarajevo and thus triggered a series of events that resulted in the outbreak of the First World War. 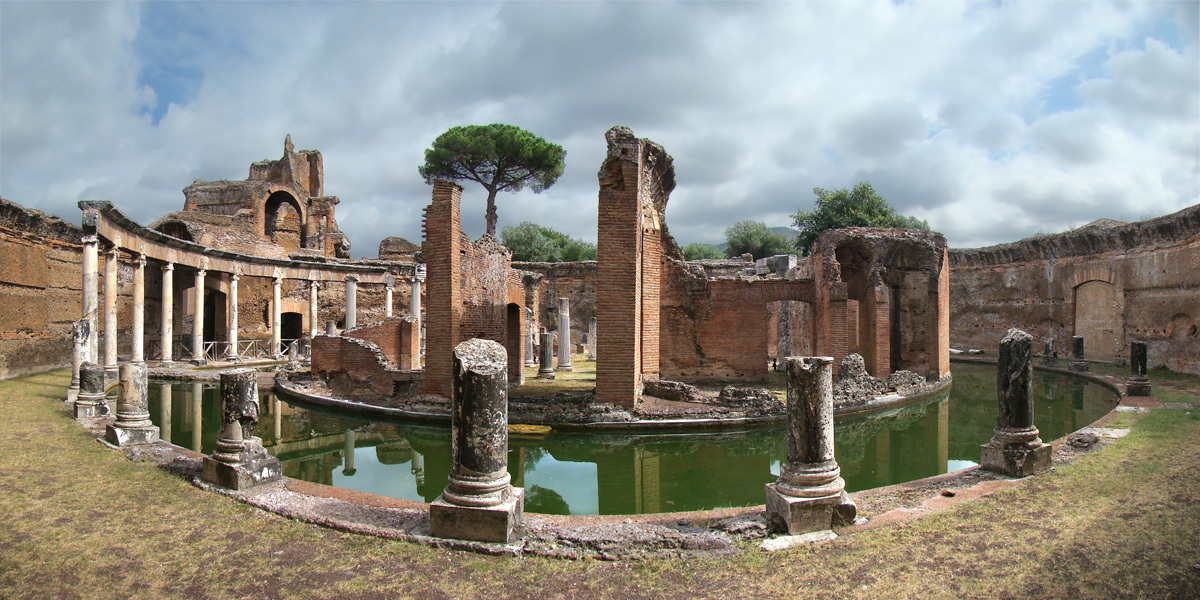 Approximately ten minutes walk from Villa d'Este you will find other interesting sights - Villa Gregoriana and Temple of Veset, which stands on the old urban acropolis. The temple was built in the first or second century BC. Ten of its 18 Corinthian columns have been preserved. Right next to it, you will find another temple of circular ground plan, dedicated to Sibylla. It has been preserved thanks to christianization. 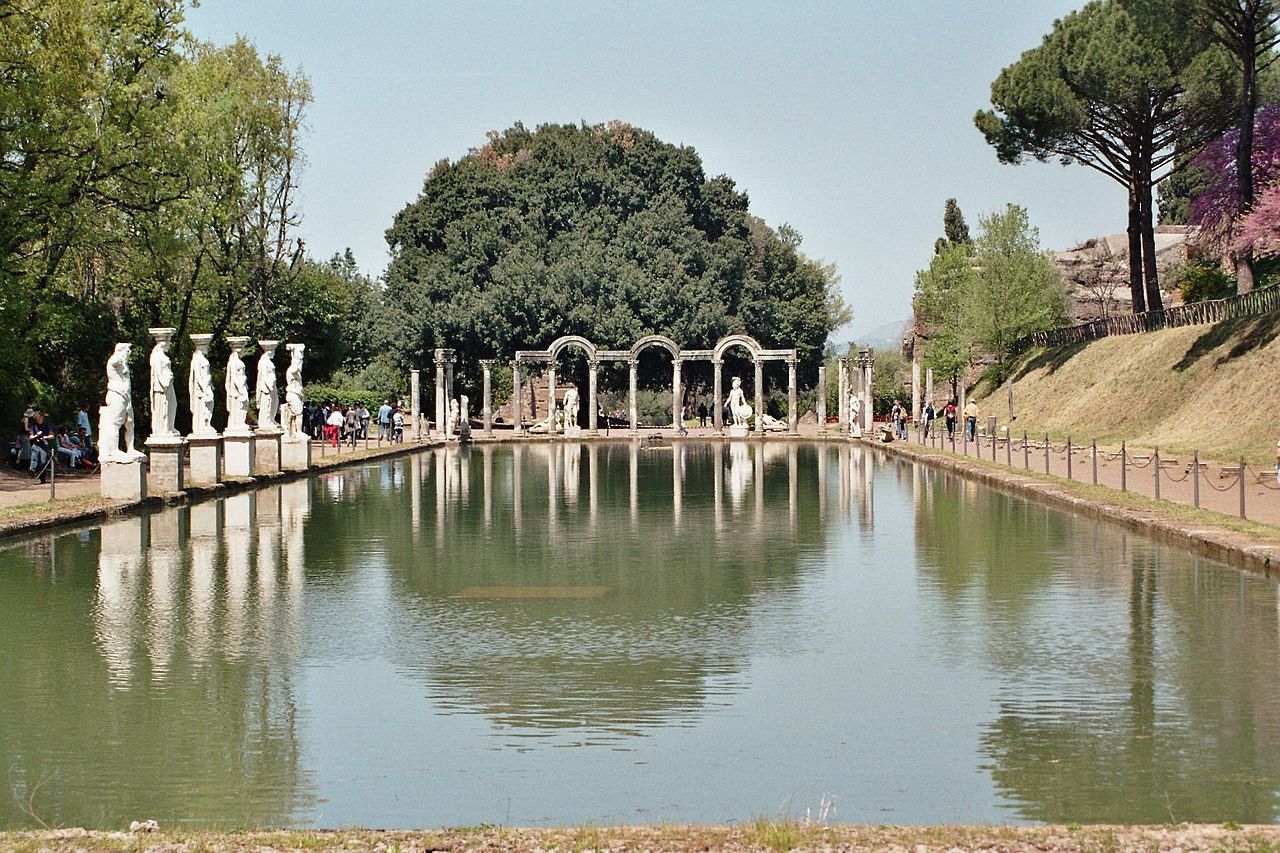 And finally we visit the best thing here. She's Hadrian's Villa. The building was ordered directly by Emperor Hadrianus in the 2nd century AD. On approximately 120 hectares of land, Handrianus intended to build the places he took on his journey, especially in Greece and Egypt. Everything to one. Today, the villa is a fascinating historical open-air museum where you can see mosaics, baths, fountains, colonnades, sculptures or water theater. The Villa is rightfuly a UNESCO World Heritage Site.