An oasis of peace and quiet - tourist brochures called island, less than an hour by vapor far from Venice. Sense of these words until man can understand by the leisurely stroll streets of this island - especially when you've just arrived from the busy and crowded by tourist in Venice. Even from a distance the island can be identified by the leaning tower of the church of San Martino. The cause is too soft bedrock of the local marshes, which formed on the different islands and have always been strengthened with wooden people - that is gradually crumbling years ago - pilots. When is the boat closer to the coast, the more significant encounter colorful facades, perhaps with all shades of the color spectrum. Reportedly it was introduced by local fishermen in the past, that even in poor visibility the most headed straight to their house. 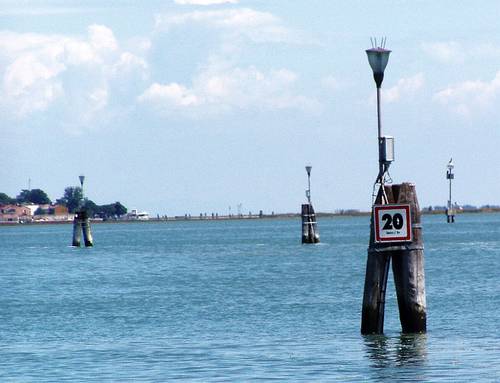 While on the island permanently live only about three thousand inhabitants, by population density is reportedly to the most settled one from more than hundreds of Venetian Isles. In addition to local people, who work mainly in Venice itself, attract local and foreign guests estate especially seniors from Western Europe, which they like to spend several months a year, not to mention artists, poets and other intellectuals, who are fleeing for peace and inspiration from the mad bustle of modern civilization.

Also Burano is actually composed of several closely adjacent and interconnected islands, which are separated by several meters wide channels. In past was island inhabited mainly by fishermen in modest houses of today forming a unique backdrop for colorful island. The most photographed are those along the main channel, creating a kind of street without cars, where most of them on the ground floor cafes, restaurants and shops with all sorts of goods, but mainly souvenirs.

Among the most popular include products of lace - linen, handkerchiefs, scarves and other fashion accessories, lace dresses for dolls and big girls and ladies as well as parasols. The tradition of local lace  it is very old and give her female anglers since the Middle Ages, explains how the tourists in the museum next door lace specialized school, founded in the 19th yet century. During the century and developed into unique patterns of fine (note - in some stores is forbidden to shoot, if you want to imitate a model home, you can simply buy the original first), which corresponds to the price. In some shops you can admire the skilled fingers live mostly old women, the subtle beauty of form right in front of tourists.

Not only one visitor from our countries will probably ask about the origin of the name. Reportedly, the island was called by the name of one of the first families who settled on the island, what should confirm the name of a nearby island Buranello. Some linguists thought, the name could reflect the origin of the Bavaria ... even though - if I remember correctly - Boers were somewhere in South Africa ... Who knows, really I do not know from where came "redneck" in our language ... 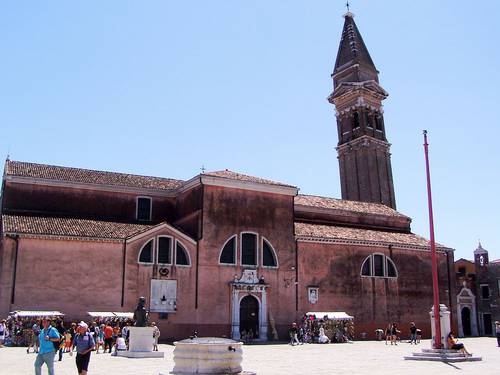