The roots of this town go deep into the past, up to the 7th century BC, when it was founded by Etruscan under the name Velathri. The city was then the northernmost part of the so-called Etruscan league, which consisted of twelve cities. At the end of the 3rd century BC, Volterra became part of the expanding Rome. In the 5th century AD, the city was the residence of a bishop. 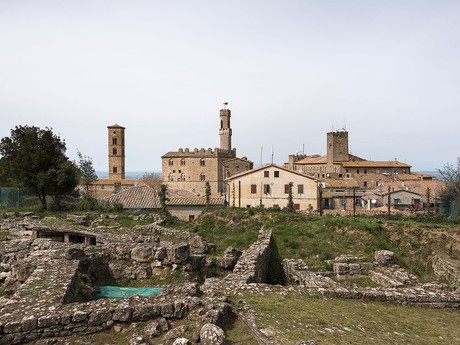 During excavations in the 18th century, many artifacts have been discovered, which you can see today at Museo Etrusco Guarnacci. You will see, for example, extensive prehistoric collections and a collection of ancient Rome items. The Etruscan section of the museum will give you a unique view of this mysterious period. After the Etruscans, it remained relatively small. Among other things, you will see two urns featuring Théb sieges, coins, or jewels. The museum was founded in 1751 and is one of the oldest museums in Europe. 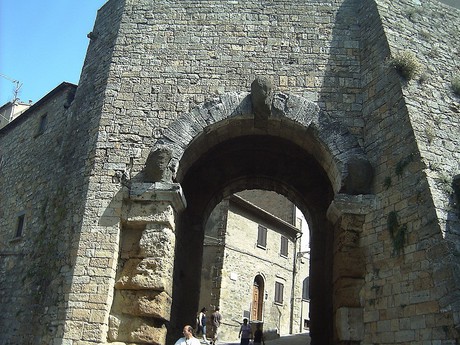 Other remains of Etruscan civilization are the walls covered with ivy. They make it clear that the ancient Volterra was significantly larger than its medieval follower. In some parts, the wall is 11 meters tall. The Arco Etrusco Gate is an important part of the fortification walls. Do not be fooled by the name, it was built after the Roman domination and the masonry works date back to the Middle Ages. 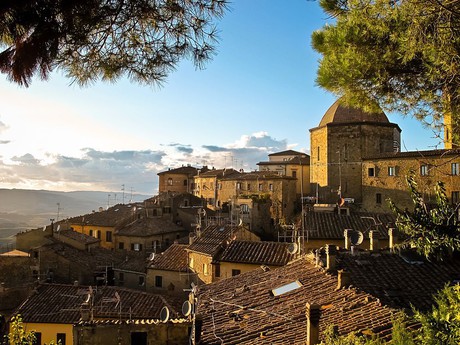 From the medieval monuments, the Duomo Santa Maria Assunto, which was consecrated in 1120, is probably the main sight to see. In 1254, it was expanded. Together with its campaign and the dome of baptistery, it forms the characteristic silhouette of the city. In the 16th century, the interior was remodeled according to Renaissance style. Inside, surely, the pulpit of the 17th century, which includes, for example, the remains of the Old Testament and New Testament reliefs of the 12th century. 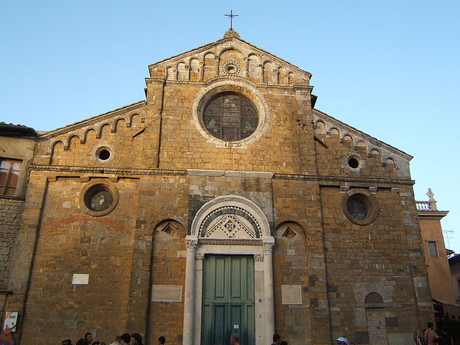 Next to it, there is an octagonal baptistery built in the 13th century. However, only the Roman entrance remained from that time. The simple interior is dominated by the relief of the early 16th century.

If you love history and exploring lesser known parts of the country, this town is a great place to start