en.infoglobe.cz » Japan: About Dangers Of Accommodation

Given that such controls do not always tourist Japanese and arranged for a lot of things even from the comfort of home, quite often in Japan then wonder at what hotel it is actually housed, how come that way from the train to the hotel takes instead of the expected five minutes almost half an hour, and how that he must go to shower in public shower rooms.

In Japan, there is a variety of accommodation facilities. From the big expensive hotels to cheap hostels. If hiker has no money, have to be ok with sleeping on bunks in the sleeping bag or in hotels without bathrooms. Even though a number of such hostels can be at rest or sleep even for small money to connect to the internet, you need to be in their selection especially careful. Not every guesthouse or hotel that claims to be traditionally J 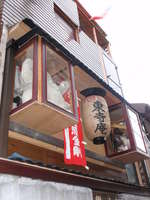 apanese, then the result is habitable. And some of these devices then disgruntled guests retrospectively evaluated the Internet as "the worst place in the world." No wonder, when the doors open sleeping porter, who sits in the smelly hallway where cockroaches crawling on the ground. An example of such a hotel can be, for example hotel Tojo-an in Kyoto.

On the other hand, it must be said that similar accommodation in hotels brings a number of remarkable experiences. Houses For example, if a tourist at the hotel without bathroom, he left before visiting public washrooms. If under the name "Sowa rum" tourist imagine some public showers, the outcome will probably be surprised what he will have to do for little bit of warm water.

The first thing it could confused him, are the cases on the wall in the entrance room. Many travellers have considered these cabinets Brackets space for clothes, which leads to the take off before entering the actual reception. In fact it is a shoe box. After putting the shoes down, client accesses to pay at reception. Although washrooms have a separate women's and men's part, it is good to know where to look, because due to the fact that only a wall separates the room, which ends in receptions, ignorant person can see if you pay and what they would rather not see.

After paying the entry fee, the customer can go into the locker room.  Here he undress, warrants small bucket for water and goes to wash up. Then wash itself is already easily. Continuous shooting water into her bucket and poured it on his head and body scrub and customer reward may briefly dip into the boiling bath. Grace, of course, is not to waste water. 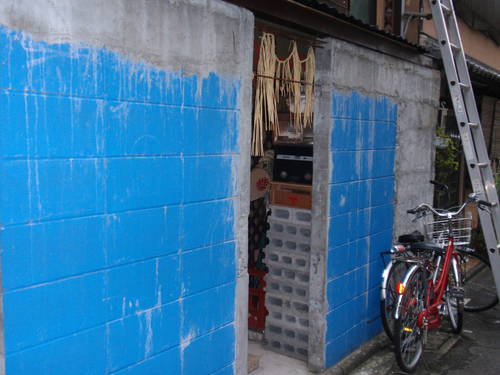 On the other side some hotels offer the tourist low price for accommodation. They als 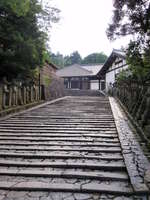 o make dinner, usually "raise loin", rice with curry, try to speak English, and even offer the possibility to rent a bike for the whole day free. If you get up early, the bike helps you get quickly to places where most people get up around eight o'clock in the morning. Not always but it absolutely works. For example, you wake up in Nara at five o'clock in the morning on weekdays.

You get up and go on a rented bike up the hill behind the temple of Tódaidži, to the place where is wonderful temple complex of Nigacu-do, from which top you plan to take breathtaking photos of waking up city. Bike you leave down the hill and start climbing the endless stairs. On the top you expect beautiful morning scenery, silence and sacred stillness. How then are surprised when faced with breathless overcome the last step and the bench in front of the temple you will see ten of nimble pensioners who have already climbed the hill an hour before you and now obviously great fun looking at your shaky legs. 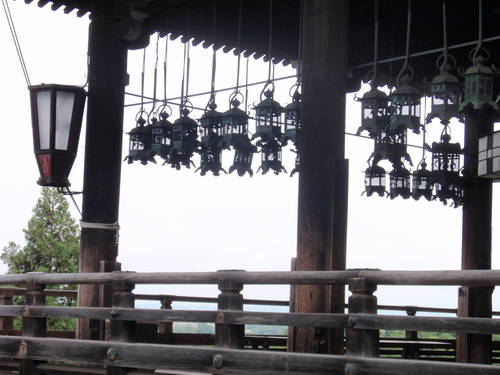 When booking a hotel in Japan, it is probably best to give on the personal recommendation of someone who in the hotel already lived. Photos of the Internet can be very misleading. It is also not advisable to believe that the hotel is not distanced from the train for more than five minutes walk. Those who counted it probably must run all the way... 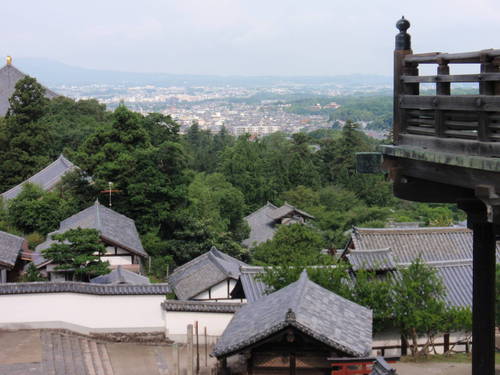