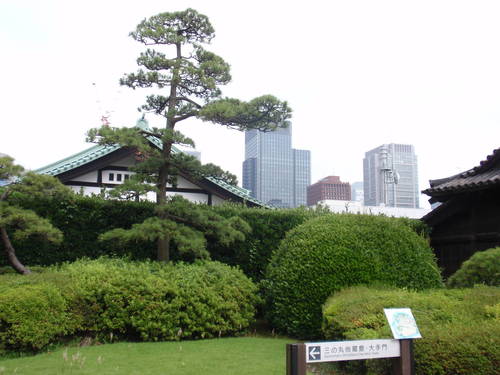 A special feature of Japanese countryside, it can be seen everywhere. In the countryside, in cities, in parks or cemeteries. Every shrub, that grows at the curb or near a benches, is something special. If not how it looks, so by what beetle sits on its leaves or which bird tries to pull out the earthworm from under roots. When talking about the beetles, those could be seen in the summer. Just daylight, Japan through resound the chorus, which for cicadas are responsible. Therefore it is not good to leave the windows open in the summer. If cicada flies into the room, you have no chance of falling asleep.

Immediately after cicadas the birds are waking up. They fly from the trees in the streets with joy plunge for breakfast - bags of trash that people leave outside the door to take them garbage. Depending on exactly what day and what type of waste is not exported, birds chew on the remains of food from plastic cups, cans or paper cups. Fighting birds destroys the bags and so the city remains, the Japanese seem endless. However, although the Japanese Rail birds, they are also admired. The ideal place for their observations can be used for example publicly accessible part of the Imperial Gardens in Tokyo, where birds will also impress the most diverse plants, such as giant hydrangea. Gardens are worth a visit because of the magnificent buildings and imperial palace. 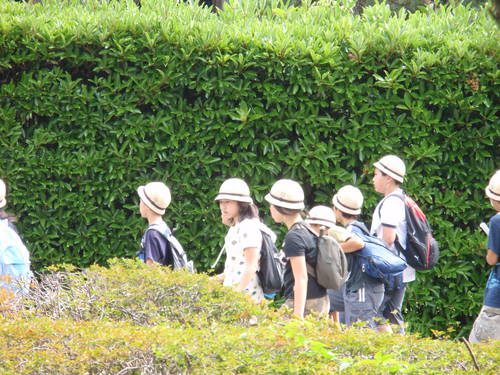 Another peculiarity, which is a large city in Japan feature are cats that prowl on the streets, sleeping in parks and temple complexes and probably uncontrollably  are grown in bigger and bigger number. If you go in the evening in one of Tokyo's parks, clearly not escape loud cat's meow. In conjunction with cicadas orchestra is indeed an impressive concert.

In Japan the beauty of nature tourist enjoys only when he is out of town. Japan abounds in places where the beauty of nature to man breathless. One of them is declared Miyajima, an island near Hiroshima. If you get lost on the way local train, which will take you to the port, and if you do not be afraid to cross by boat from the mainland to the island, you will definitely amazed by how perfect is Miyajima. Upon arrival you will enjoy a wonderful gateway to the island, which is surrounded by sandy beaches and is at high tide gradually up to half their height flooded with water. Gate of Itsukushima is part of the temple, which is now protected as a UNESCO monument. 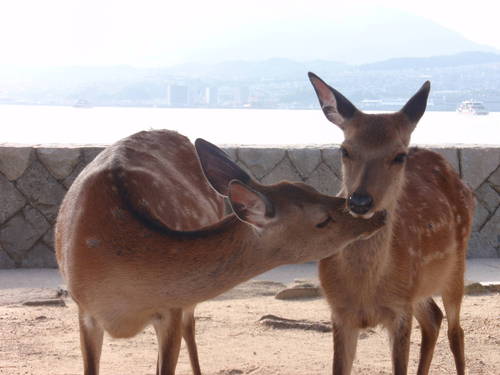 Another reason why to love Miyajima, are animals that inhabit the island. Perhaps the most attractive are tame little deer sleeping on the road and along the coast. It is not difficult to approach, and although it is not enabled, most of the tourists to hold and stroke the animals. On the island there are also deer and a number of beautiful water birds. For its peace and unique nature can remind Miyajima paradise on earth. 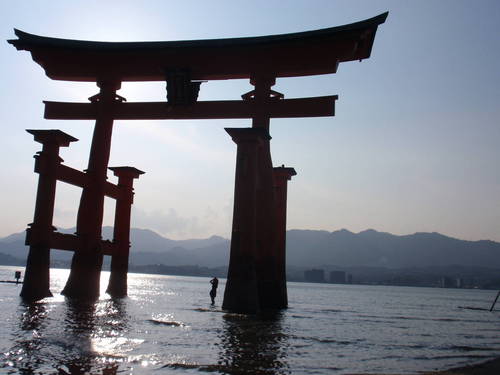 Another place where you can meet deer is a city full of temples and important monuments, ancient Nara. Here, however, one must be careful these deer, who pass through the stone lanterns leading to Kasuga Shrine Taischa are much more aggressive than their Miyajima´s friends. In addition, deer and temples in Nara can admire the temple and pagoda Kófukudži before which the pond full of carp basking on the rocks colony of turtles beautiful.

Even tourists who looks at the beautiful Miyajima or fails to attend Naru, may not feel ripped off by the beauty of the Japanese countryside. Maybe just on Kamakura beaches can be admired crab or shells that the sea washes out.