We travel about one hundred kilometers to the west to Himeji, a city of about 500 000 inhabitants Massive earthquake which struck the area on September 1, 1923 was 7.9 degrees strong and nearly destroyed. Tokyo, the capital. It is estimated there were about 140 000 victims, and September 1 has been the national day of earthquake protection since. For vast damages in Tokyo, the government planned to move the capital to Himeji. Eventually, it did not happen. 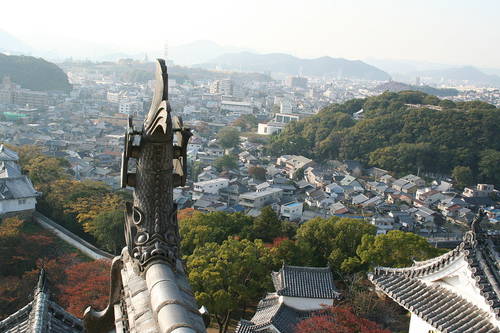 When we take a look at the city today, there are some interesting places to see. Except the castle to which we return later, there is, for instance Engyō-ji temple which was built in 966 and is frequently visited by pilgrims. By the way, some scenes from the Last Samurai movie were shot there.

Another attraction is the Tegarayama Botanic Garden or the Koko-en Garden that covers 3.5 hectares. It was established in 1992. Another interesting place to see is the nature at Seppiko Mountain. The mountain is known that the ascetic monks practice their shugendo rituals (it is a combination of couple of religions – Buddhism, Taoism, Shinto, and folk traditions.). 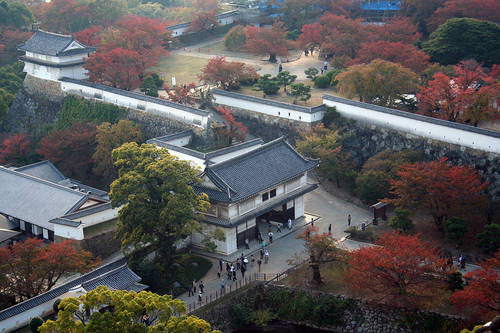 Perhaps the greatest attraction of all in Himeji is the castle. It was built at the foot of Himeji mountain in 14th century. By the end of the 16th century, Hideyoshi Toyotomi became its master. He did many expansions, including the three-story keep.

The beginning of the 17th century was marked by another large expansion. Three moats and couple of builds were built. In 1871 during the Meiji period, a Japanese regiment was dispatched there, and due to this part of the castle was demolished in order to build barracks. 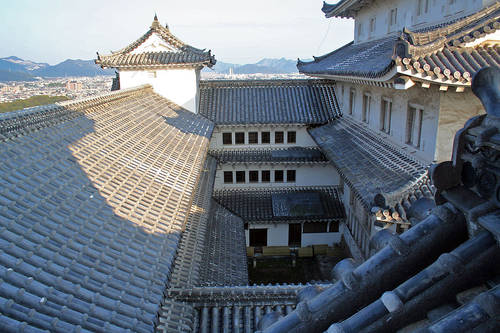 Soon the castle was put into auction and was sold for about 2 thousand today dollars. His new owner didn’t intend, however, to renew it but to demolish it to get needed land for his own business purposes. Fortunately, the cost of demolition was high and he ceased this plan. 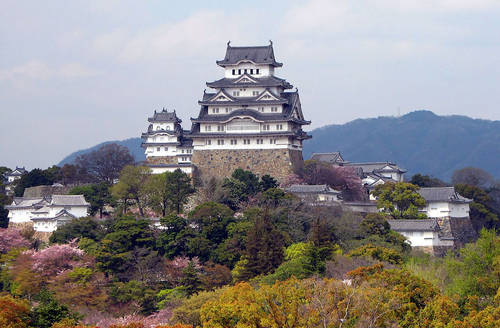 The castle was renovated in the 1950s. In 1993, the stronghold was included to the UNESCO’s World Heritage List. About 800 thousand people visit it every year.

It is not a small castle indeed. East to west it is more than one kilometer long and the same goes for north to east direction. The main tower is 46 meters high. 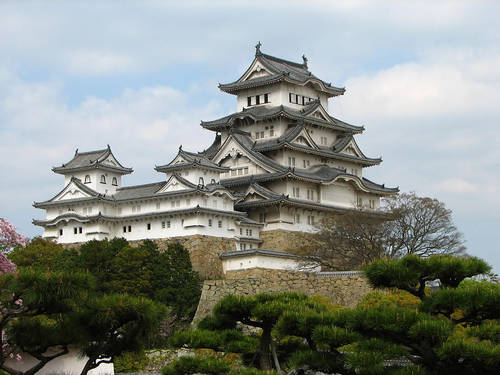