As soon as me and my colleague could leave Red Brick Wirehouse we set out to walk around. Because we were situated right next to the harbor, the harbor was the first place where we go. A walk in the harbor was followed by a walk in the Yamashita Park. This park goes along the shore next to a belt 100 wide and 750 meters long for large ships and small boats. One of smaller ships had a golden Chinese dragon statue on it. 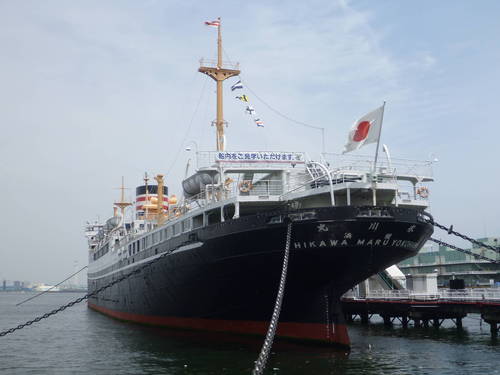 The largest and most distinct ship in the Yokohama harbor is Hikawa Maru. It set out to its journey in 1930 for the first time and among its passengers were, for example the royal family or Charlie Chaplin. Except ships during the tour we saw a high lighthouse - Yokohama Marine Tower that is the tallest lighthouse in the world as it has 106 meters. If you pay for the fee that is 750 yens you can get up and have a iew of the surroundings. But we didn’t do that. 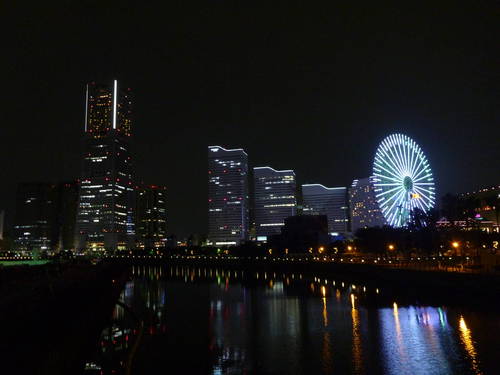 During a walk in the harbor we sometimes turned back and saw a modern but interesting part of Yokohama. A huge spinning wheel dominates this part of the city and right next to it there is the highest building in Japan called Landmark Tower. On the top there is an observatory you can visit for a charge. 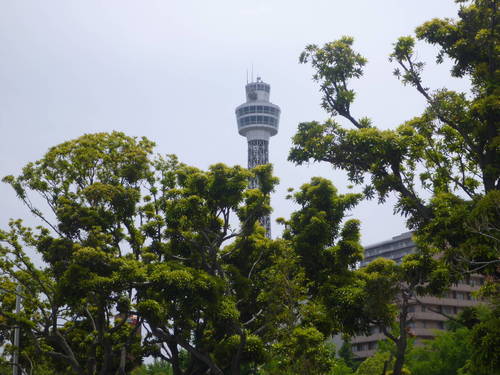 There were beautiful garden bed along the boardwalk and Japanese gardeners were taking care of them. Along the pathway there were many street artists who were looking at the sea for a while and then on their canvases. Unfortunately, visibility wasn’t particularly good for the whole week and unfortunately we also didn’t see mount Fuji . If weather conditions were better, Fuji would be visible from there. I have to say that when we were landing I had seen Fujiyama from the airplane raising above the clouds. We were lucky that our seats were on the right side of the plane by the window. 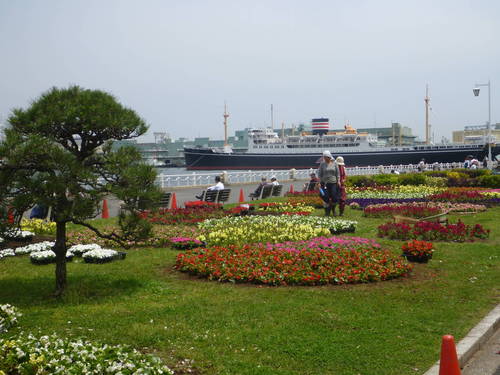 When we had enough of views of the sea and the harbor, we walked away from the coast. Our goal was the Yokohama Park and the China Town. About that we will tell you in the following article. The Yokohama Park is not large but pleasant green oasis nearby a large sporting stadium. It is a classical Japanese park with a lake, stream, flowers and beautiful trees Acer japonicum including and pine tree. 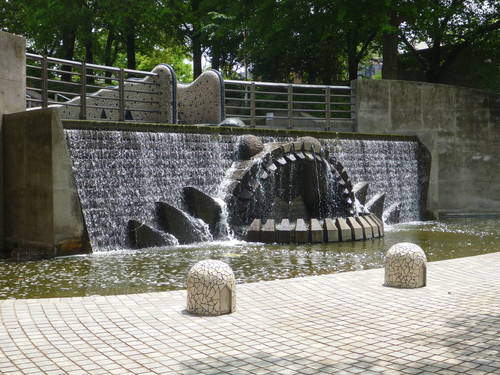 The thing I liked about the park the most were tortoises. It was a tortoise family swimming happily in a pond. Small tortoises poked their mother who tried to swim away from them to have some piece. During the time I watched them, she didn’t manage to do it and thus she had to resist profligacy of her children. I have to say I watched them for a long time. 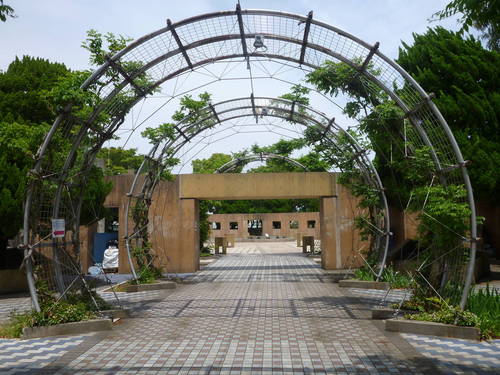 And perhaps this is the purpose of Japanese gardens. People spend their time relaxing among the most ordinary but the most beautiful elements of this world.