So I and my colleague went to the Yokohama China Town (Yokohama Chukagaii). It is the largest Chinese district in Japan. You can get there through one of four entrance gates. The district is full of various Chinese stalls selling whatever you can imagine. You can buy there clothes, shoes, bead necklaces, semi-precious stones, figures, teas or teaware. We had bought some tea in a shop with a pleasant shop assistant. She let us taste several tea flavors. 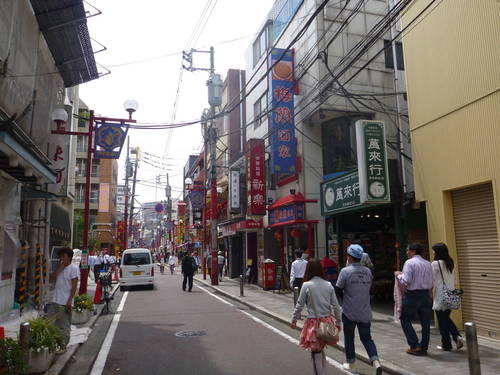 There is number of restaurants and vendors in the street. You can buy there specialties such as manju (something like filled dumplings), ramen (noodle soup) and many other delicacies. We had some manju and it was delicious.

In China Town,  there are two Buddhist temples, we had seen both from outside and we visited one of them inside. The temple is called Ma Zhu Miao, the entrance fee is 100 yens. The temple is dedicated to the heavenly mother (Ma Zhu), that really lived in China as our guide told us. 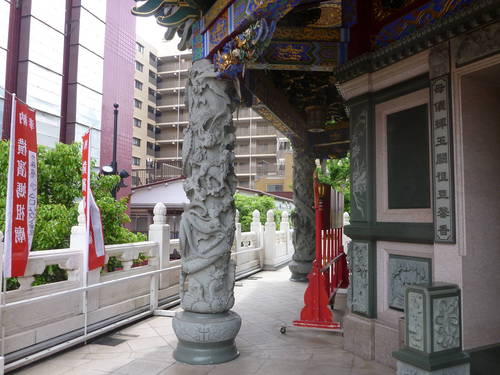 The temple’s landlord took care of us for the whole time. He took us in, described statues of gods we saw, then he said we should pray while we there. He told us how to do it. We had to start praying to the main god who was located in the center of the shrine. We had to kneel on a stool, bow three times, said our name and something else. When we had finished with our prayers to the main god, we moved right where was the goddess of fertility, and after that to the left, where we prayed to two gods who should give us happy marriage and education. The shrine landlord allowed us to take pictures of the shrine from outside, but eventually we were able to take pictures of the inside through a window. 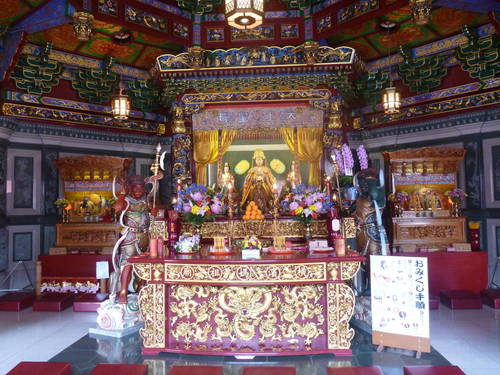 A little bit further from our Japanese office there are the zahrada Sankeien Garden. It is a beautiful, vast garden with many historical buildings inside, many nice nooks, trees and lakes. The garden has its name after its founder, Sankei Hara. It covers approximate 175 thousand square meters. Its construction began in 1902 and it took 20 years.

The garden consists of two parts – inner and outside. Inner side operates as a private sector for the Hara’s family. In this part there are many historical building that were moved here from various parts of Japan such as Kamakura or Kyoto. I was interested in a building called Rinshunkaku that was built in 1649, during the Edo era. But it is impossible to gat inside, however, you can see most parts of interior. So, you can see for example nice paintings hanging on walls. 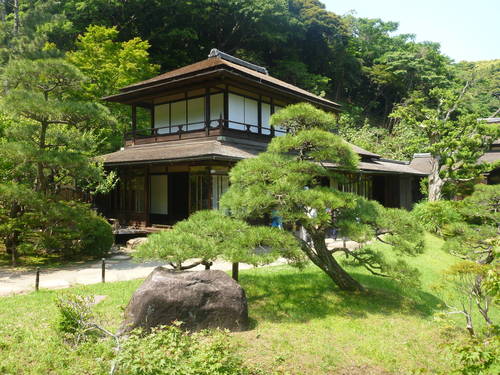 In the inner garden there are fewer buildings but more greenery. This part was opened to the public already in 1906. A pagoda with three floors dominates it. It was built in 1457 and they moved to Sankeien in 1914.

Although we haven’t visited Sankeien in spring, in the time when all flowers blossom, it was magical. Our walk there took us about three hours and we saw a lot. This truly fulfilled my image of real Japanese garden.