We can notice it already in the completely banal sentence that appears frequently in Japanese textbooks: "In Japan, alternating four seasons ..." This to us quite obvious information the Japanese do not forget to mention almost every discussion about the weather. They show to countries lie further to the south, as far as the weather, so Japan can´t cope.

Even more than four seasons, then they value Mount of Fuji. Also for young people who are able to talk about J-pop, Japanese pop music, and anime, Fuji is a good topic for starting the conversation. They admire her beauty and snow beanie, go shoot it. If the weather is nice, you can admire Mount Fuji from the streets of Tokyo, it is usually hidden in the fog and smog that over Tokyo to create something of a gray bubble that at night causes the sky catching yellowish tint. 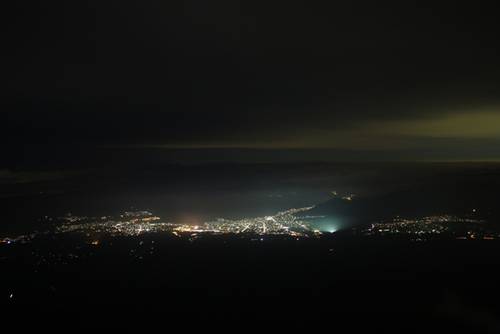 About the beauty of Mount Fuji in Japan was written many poems and its appearance captured woody prints of the seventeenth century. It also inspired writers of plays, which dealt with a joint suicide lovers who for different origin could not take it. Till now, to the Fuji are called a firemen to get out from the crater dead bodies of unhappy lovers, who decided to end their life by jump into its bowels.

The public can climb the mountain, but only in the summer months, when on the top two meters of snow does not lie. If you decide to climb Mount Fuji, it's good to take on myself really warm clothes, in fact the higher you get, the more you will be cold. It is also not good to climb down unaccompanied. Many people during climb collapse, mainly due to rapid pressure change. To Mount Fuji people climb at night so that tourists were not reduce of sunrise over Tokyo, so it is not difficult to miss the way, which is in the middle of the mountain paths changes from the crushed lava. Along the route are then built sobering station, where you can relax or enjoy the morning put noodle soup. Although it is a very tedious way up, the views from the top of the mountain, really worth it. 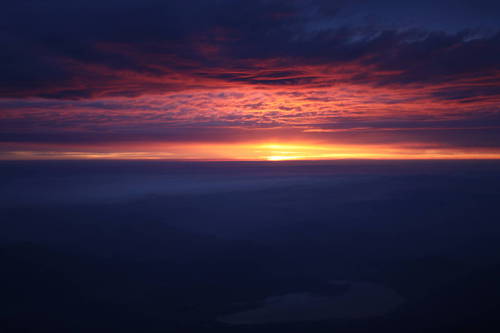 Another typical Japanese symbol of nature already mentioned sakura - cherry trees, which, although they do not bear fruit, but have a beautiful bloom. Pink flowers on sakura hold a maximum of two weeks. The faster flowering down, the better for the Japanese. Because real beauty is fleeting according to them. When sakura starts bloom, the whole of Japan seizes sakura madness. People go to parks in the so-called hanami - picnics under the blossoming trees to the evening news a fortnight broadcast the sakura front. Trees don’t bloom across the country at a time, in the north bloom later, so you need people report about how it is that their region. Japan is the most beautiful in short hanafubuki period, translated gale flower, which is the term for abscission sakura flowers. At this time, on every town in Japan tiny petals flying and everything is then, as the Japanese would say: "Totemo Kirei" - really beautiful.