It is not easy to resist. A luggages that take such an adventure tourist home, usually weighs much more than is permitted for transportation by air.

In Japan however you can buy also other things besides gifts. During the time when men work and are not home, knock their wives sneak peek of what the new came to fashion stores. In the afternoon, then they added yet teenagers, which ended school. Shopping districts are really busy. 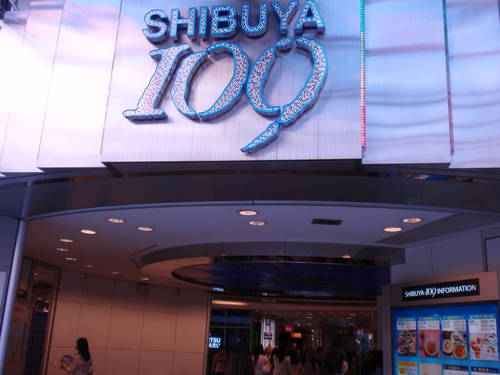 Probably the most famous store in Tokyo stands in Sibu. It is called House 109 and there are dozens of shops located with the most varied fashion, as you can imagine. On the one hand, there are serious models for corporate secretaries and staff, on the other hand, it is there for the taking and clothing for teenagers, a variety of street fashion. Look to your right - shop full of lace clothes, glittering skirts with ruffles and pink shoes. You look to the left - a black leather jacket studded with iron nails, skirt with chains and heavy boots. And before each trade two clerks on stepladder that dressed in business models in which they work, shouting into the ether, exactly what goods are on sale. And if it is possible, they shout more loudly then clerk from a nearby store. You may think that it is not possible for a few minutes after shopping have no headache, but the Japanese are handling it perfectly. They tripe among the aisles and shout euphorically, when they will find some especially nice outfit. Sometimes between them can be seen a stray man who crept behind his girlfriend. Such a spectacle would one not to be missed, even if you wanted to buy anything in the end.

Those who take shopping seriously and are partial to a luxury brand, in turn, should not miss the Ginza district of Tokyo, which is its luxury shops, cafes and expensive high prices announced. Set if the Japanese company Ginza, then you need to count it. Tourist who perform at the Ginza subway and looks around, immediately felt that he was in a place where you buy coffee three times more expensive than anywhere else. Businessmen who have passes, walking in tailored suits, women boasts by luxurious jewelery. The streets are full of shops of world-class brands and everything somehow shines more than usual. Passes through the streets of the red taxis and sunken, small streets is scarce. Every second person is phoning. Those who are not on a call, at least faces important. 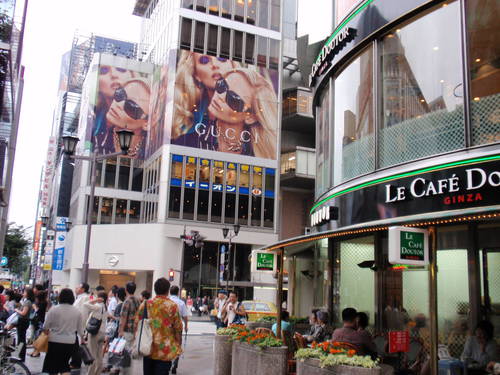 If you plan to buy colourful clothes, with popular music CDs and posters of Japanese singers that you would get in Harajuku, you wrong in Ginza. But if you want to enjoy a little while of luxury and have a coffee at one of the most expensive avenues in the world, then you are looking for a better place is difficult. 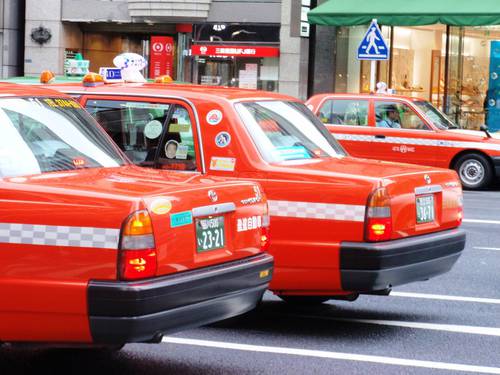 Tourists are quite often happens that after arriving from Japan unpack a suitcase of items they have bought in a fit of enthusiasm for Japanese culture and that will never stretch, from the chassis. What belongs among these things? At first, it is kimono. Czech public certainly does not respond to a woman dressed in kimono as calm as the Japanese public. (The traditional Japanese footwear Czechs react better because it reminds them of flip flops.) Even today, a tourist in Japan may become quite common to meet a woman who just walks dressed in kimonos. But be careful. In most cases, this is not a geisha! 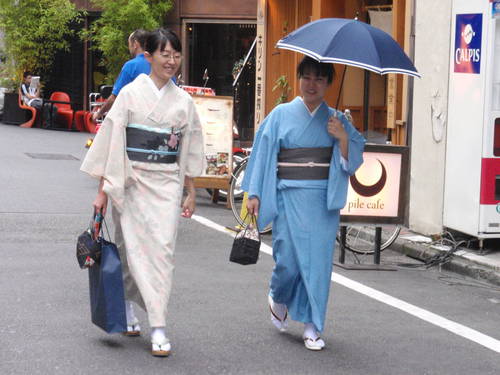 The second thing that usually ends in back packs is a transparent plastic umbrella, which in the summer in Japan can buy on every corner, because there's often raining. But be careful! At the airport, the security quite often think, that these umbrellas are nothing more than a deadly weapon because do not really stick them in the trunk. And if I do not buy plastic umbrella, be sure to fall in love with a lacy umbrella that Japanese women wear to protect themselves from the sun. And if you get neither umbrella nor umbrella, definitely puts you Ceramics, cute purses in the shape of a cat head of reed hats, crackers with seaweed or at least tea ice cream. But you could hardly take it home. 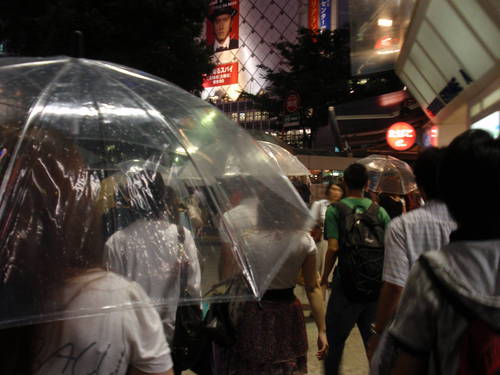 Published: 13.12.2016
When you see it on a map it looks rather unremarkable, an archipelago in east Asia. Yet it is a country of amazing history, traditions, nature, and it is an economic powerhouse. You can expect anything before your first trip to Japan. Be sure that the country will surprise you anyway. Perhaps even more than you think.