To Shibuya, Roppongi Hills, or to Shinjuk. The conservative school uniforms with pleated skirt and sailor collar suddenly disappear, it seems. 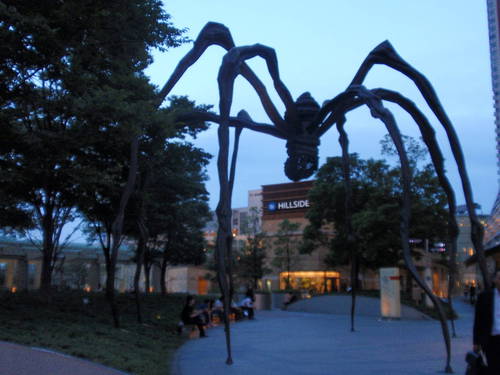 There are many ways to spend an evening in Tokyo. If we should count all the clubs only in Roppongi Hills, at the place, where the tourists and foreigners come to entertain, we wouldn´t get the result. Clubs open around 8pm, but only these older than 18 can go inside. If you get in some of the crowded bar, you can dance, drink or as a right tourist observe the ways how the Japanese contact each other. It uses to be very funny. Then of course don’t wonder when they will try to contact. To girls can happen that will appeal them Japanese, dressed as Michael Jackson is and he will try to take seriously the fact that they will turn in their mobile photos to prove that the home has a very well trained chihuahua. In this case is good to be ready with photo of Berne dog, who you keep at home in the garden. But sometimes it is enough to show the wedding ring.

All who are younger twenty years old must entertain different way. But young people do not mind. Sit at bus stops and subway creating own fun. They listen music and discuss life. Those who managed to outwit the machines for cigarette are smoking. And because just stand around and do nothing would be boring, watching the world around them. A very well entertained. Especially when they pursuing business people who are drunk coming back from duty, collective glued, beer and trying to cram drank colleagues in storage space for luggage. 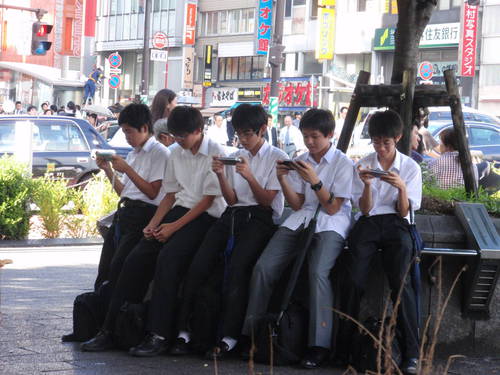 Young people, who do not profess dance or just standing on the corner, prefer to spend the evening with good food. And if they are properly crazy and have no fear, not choose an Italian restaurant or traditional Japanese sushi bar, but they go into the company, which is called very aptly, namely Jail. Here is after spending a few minutes in a haunted castle waitress (dressed as a prison warder) paid in handcuffs to a cell. Locked in a cell customers can enjoy prison food such as risotto straight from the pot, breaded chicken cartilage or alcoholic beverage served in test tubes of different colours. And if there lasts close to midnight, he misses the invasion of zombies, who peep into the darkened duties and with the help of ghostly music, screams and scares phosphorescent colours just eating customers. 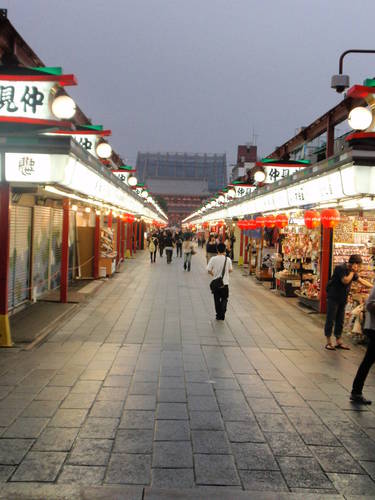 During the day, the Japanese enjoy mostly in Asakusa district, at a place where you can enjoy an ice-cream crazy flavour even to the Japanese. If you have a taste for ice cream flavoured with cow tongue, nowhere else in the world probably do not get it. Asakusa but worth a visit even if you do not have a similar taste delicacies... This is an entertainment district, where she still works about forty-five geisha, companions, who by their intelligence and knowledgeable senior man having fun. In addition, there are a lot of festivals each year, one can also buy traditional sweets or visit the park full of various attractions. 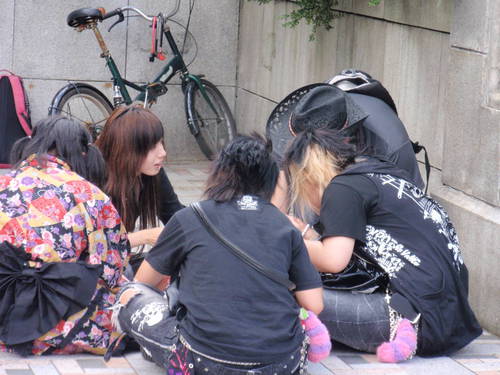 In Tokyo, of course, not occur only bars, restaurants and crazy Asakusa. Here we can certainly visit a number of museums and galleries, or visit the theatre or concert. Here is a lot of fun for everyone and depends only on what you choose.