City’s geographical location makes it the second coldest capital in the world. Temperatures easily go as low as 30 degrees below zero. It gets colder only in Ulaanbaatar. 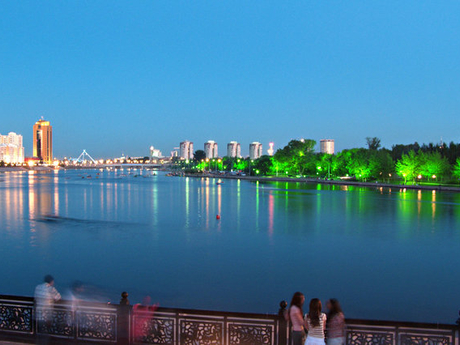 Don’t expect to discover much from the antiquity as the city is relatively young. It was founded only in the mid-19th century and was known then as Akmola. In the end of the 19th century, only 6 thousand inhabitants lived there. The settlement was a place where Russian, Chinese and tradesmen from other countries traded livestock and other agricultural products. Once Akmola became a part of the Soviet empire its name was Russified to Akmolinsk. With Kazakh independence another name change happened returning to original Akmola. Only in 1998, the current name Astana became its name. 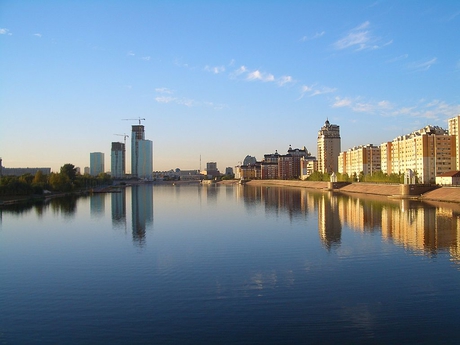 It was only then when Astana was shaped to its present form. The Kazakh government launched an ambitious project led by famous Japanese architect Kisho Kurokawa. He made the city look like a gigantic space station that has just landed in steppe.

Since 1990, Kazakhstan has been ruled by president Nursultan Nazarbayev. Therefore, you can find many artifacts pointing to his long years of rule. One of such curiosities is the Museum of the First President of the Republic of Kazakhstan. The gifts given to Nazarbayev are displayed there. There is also a small area dedicated to country’s ethnic minorities. 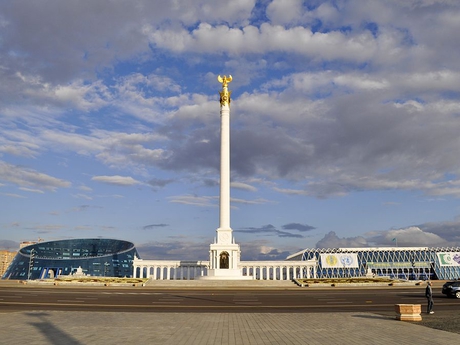 The most popular place in Astana is Independence Square. Its greatest gem is Kazak Eli. The monument consists of a column with the Samruk bird on the top. The bird is a mythological creature believed to bring happiness. Samruk also symbolizes the strive of the Kazakh people for development and prosperity. The monument is 91 meters tall which symbolizes the year 1991, the year when Kazakhstan became an independent country. The marble pedestal symbolizes clean thoughts and harmony among Kazakh ethnic groups. 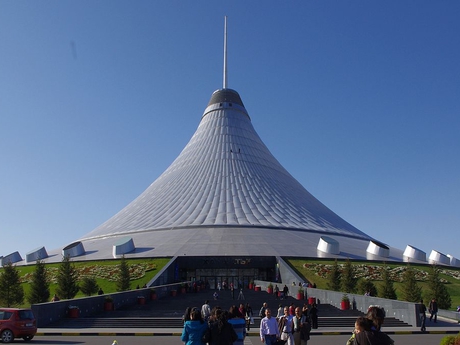 Well, let the sights leave be for a while. We should take a look where we can perform a popular contemporary activity – shopping. The best place we can recommend you for that is Khan Shatyr. And you can hardly miss it. It looks like a gigantic transparent tent reaching as high as 150 meters above the ground. This “tent” covers an area of 10 football stadiums. Except stores there is a minigolf, a beach, artificial river etc.