en.infoglobe.cz » Kazakhstan – In My Own Way II.

Kazakhstan – In My Own Way II.

Published: 14.1.2023
Last time we learned some practical info on traveling across Kazakhstan and little tidbids about the country. Today, Jolana takes us furhter on...

We are getting away from Baikonur and the Soviet past of Kazkhstan. Now we enter a different period of time, the times of the famous Silk Road. One of its branches once crossed the city of Turkestan situated in the south of Kazakhstan. There we encouter an amazing mausoleum which belongs to Kjoh Ahmed Yasavi protected by UNESCO. Turkestan is situated on the crossroads of trade caravan routes which ran there from Samarkand, Bukhara and Chiva and continued to the north of Kazakhstan. The Kjoh Ahmed Yasavi Mausoleum reminded us of the architectonic jems along the Silk Road. The mausoleum is monumental! 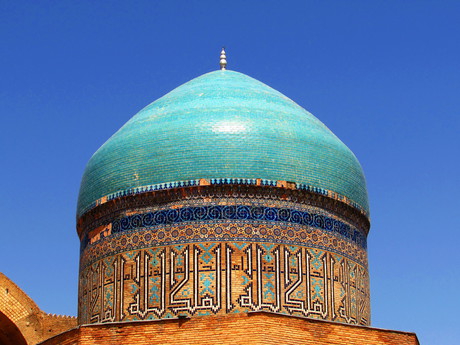 It is 41 meters high, the lenght and the width are 65 × 46 meters. Rich ornament decoration made of blue tiles is amazing. Unfortunately, there are none on the front facade for it has never been finished. Yet we can feel the atmosphere of the ancient Orient, long gone caravanes all around us. It is as if the time has stopped. The temperature is 48 degrees Celsius in shade. It is almost unbearable to stay any longer at the mausoleum. 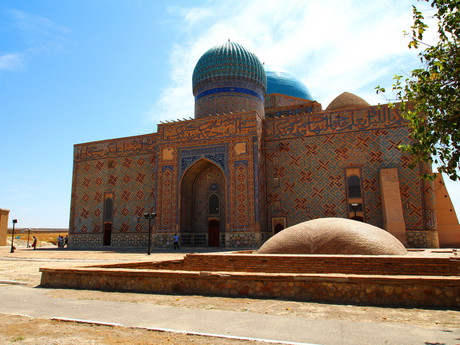 Heavenly Mountains on the Horizon

We are approaching the border with Kyrgyzstan. The Tian Shan mountains rise to the sky (the Heavenly Mountains). The entire landscape changes. There is desert no more but trees and greenery appear. After a long time, we see rivers and streams. There must be enough water. People wash their cars in the rivers. There are water pumps in villages and anybody can take as much water as he likes. We meet some shepherds with their heards of sheep, cows, and goats. Bee honey is sold along the roads. Simply put, water brings life. 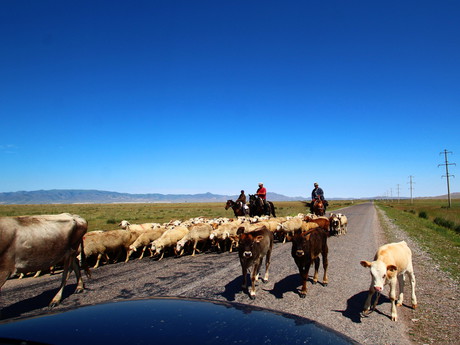 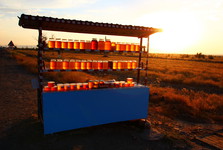 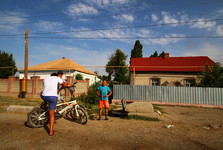 There are not many rivers in Kazkhstan. Major rivers run at the outer parts of the country. The same goes for the Sharyn River which flows in the southeast part of the country. Its tributary created amazing canyon which locals call "Kazakh Grand Canyon". It goes as deep as 100 to 300 meters. It consists of bizarre rock formations which look like petrified castles. Perhaps this is why this part of the canyon is called The Chateau Valley. Local landscape is of amazing colors. Above the Sharyn river there are willows creating an amazing green oasis which is in stark contrast to red rocks of the canyon. The entire area was declared a national park in 2004.. 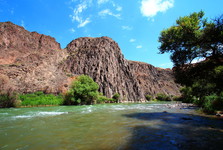 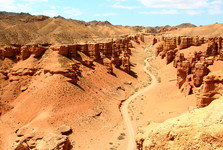 Further up to the north, there is another remarkable national park - Altyn-Emel which means "the Golden Saddle". Local landscape is diverse and covers an area of 4 600 km². There are the colorful hills of  Aktau and Katutau, Besatyr archeological site, and the singing dune. 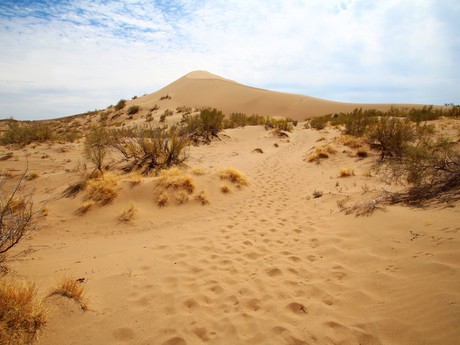 The dune is called "the singing" for peculiar rumbling sounds it makes. This sandy pile rises to 150 meters and is 3 kilometers long. We go up on to the summit of the dune. Teh sand is heated by mid-day's sun. It gets inside our sandals and it burns. Up on the dune, we see the park in its entirity. It is fascinating. Unwelcoming steppe at the first glance, is full of life actually. Over 260 animal species live there. Przewalski's horses pasture on grass, then there are kulans (a donkey species), goitered gazelles, and heards of Bukhara deer. At high noon, we saw several gazelas and a wild horse. This amazing place was, unforunately, the last stop along the 3000 long road across Kazakhstan. This was not the last time we were there, that's for sure. Kazakhstan is an amazing country and there are a lot of places we must visit in the future. Hopefully we manage it this year... 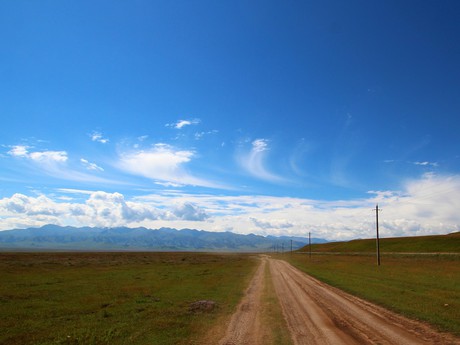 Kazakhstan – In My Own Way I.

Published: 7.1.2023
Kazakhstan is the 9th largest country in the world. It covers an area of 34 Czehc Republic. Our neighbor - Germany - would fit within its borders seven times. We don't hear much about this country yet Kazakhstan has been opening to the world significantly. In 2017, it even hosted the EXPO international exhibition.