Today’s communist rule doesn’t make it any better yet the country has been slowly getting onto its feet. It offers unforgettable experiences in beautiful nature. Its cultural hub Luang Prabang is righteously considered among the most interesting UNESCO landmarks in the region.

Mountains consists of majority of country’s area. Laotians live mostly in the Mekong valley or some of its branches. The population is, however, only about six and half million. Most of the people are Lao. Country’s low population density and remoteness of many areas in Laos allow to more than hundred national minorities and aboriginal tribes to live here. Many are untouched by civlization. 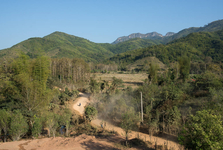 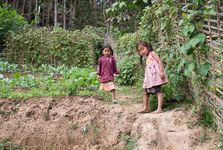 Best way to get into Laos is from Thailand and Vietnam. Several flights fly to Laos from there daily, or ride night bus. A night train goes every day from Bangkok to Laotian capital Vientiane. Also, you can get to Laos from Cambodia and other neighbor countries. Except for a Bangkok the best option is to choose to fly. Roads are in very bad shape so travelling by bus isn’t particularly comfortable. Should you have enough time try a boat cruise. From Luang Prabang to Thai borders it takes two days by boat. The means of transport in Laos is a motorbike. You can rent it for affordable prices. Main roads are crowded with buses and mostly small vans. You can use them but they are often slow, crowded, and not much comfortable. 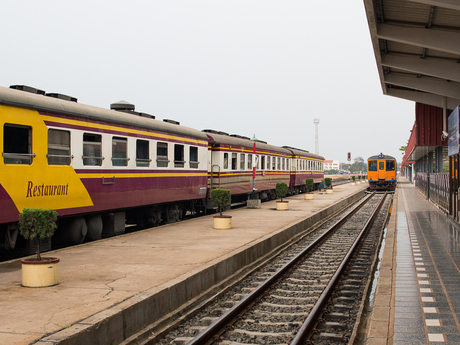 Among country’s greatest sights is Luang Prabang, we will focus on it in some other part of our journey. Its French colonial architecture mixes with dozens unique temples. Small river boats come and go on the Mekong. You will get here the best breakfast in Asia. And the life goes here is in totally different pace. Prepare that it will be hard for you to leave, but if you hadn’t had you would have missed all set of great experiences.

In any case, hike to mountains. They are truly majestic in Laos. If you managed to avoid tourist resorts, you would experience true countryside Asia untouched by the modernity of civilization. Only it seems that everybody has to have a motorbike and a television... 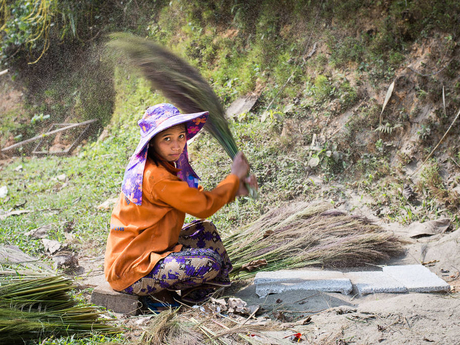 For instance Phongsali, Luang Nam Tha, Udomxai provinces and, well, the rest of them offer great options for independent hikers. Don’t expect tourist marks. Expect, on the other hand, unforgettable adventures, beautiful nature and kind people. Some arreas hide vast limestone caves. Just beware of mined areas. In the time of the Vietnam war more bombs fell on Laos than in Germany for the entire WWII.

In south Laos (on the border with Cambodia) don’t forget to visit the Si Phan Don territory, in translation „4 000 islands“. The huge river of Mekong is even more gigantic here. The name for the territory is not coincidence. By the way, you can see here freshwater dolphins and many rare animal species. 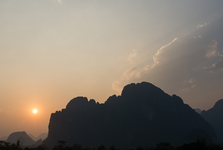 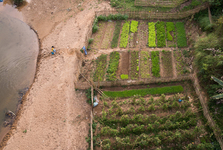 Laos is a very safe country. In winter, weather is mild, temperatures range between 20 and 30 degrees Celsius with little of rain. In spring, on the other hand, there are monsoons, therefore transport on otherwise dusty roads are very limited in spring. A visa to Laos costs 30 USD, or 1600 Thai baths. You can easily get it at customs during your arrival. Currency in Laos is called kip and prices are usually in thousands. A Czech crown to one kip is 1 to 330. 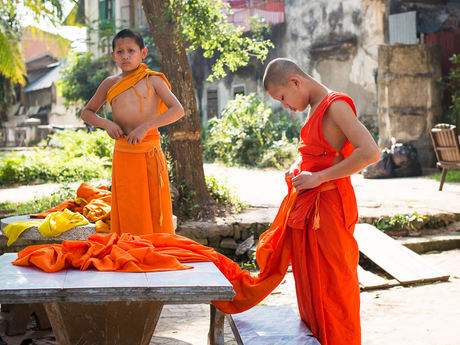 Should you be more interested in a noisy city or long beaches than nature and if you feel like an adventurer, then set off to Laos. From my perspective, it is the most interesting country in southeast Asia so far..

Published: 13.7.2020
The industrial city of Thakhek is not a major tourist destination, but few people know that the Thakhek circuit, known in English as Thakhek Loop, is one of the best attractions to visit in Laos. Do you long for adventure and do you have enough time? Embark on a 450-kilometer-long four-day motorbike ride through the Laotian countryside!

Published: 18.6.2021
Luang Namtha, a city nestled in the northwest of Laos, is a hidden gem that slowly gets into the subconscious of travelers. It is surrounded by lush mountains dotted with ethnic villages. A hidden paradise for nature lovers, which is definitely worth a visit during your travels in Laos. People come here for an authentic Lao culture experience.

Published: 17.8.2020
When you say Laos, most people think of the famous Kuangsi Falls and the city of Luang Prabang, a UNESCO World Heritage Site. But on your way to Laos, don't forget to visit the southern part of the country. Wondering why I'm here? Here you will find the Bolaven plateau, a trail full of waterfalls, coffee plantations and amazing scenery. Experience an unforgettable motorbike ride along the Bolaven Plateau, also known as Pakse Loop.