Unlike Luang Prabang Vientiane doesn’t have so many traces of French colonialism. The communist rule, however, left many traces. Compared to Thailand, from where I arrived, and Luang Prabang and Laotian countryside the city looks depressive. Perhaps it is due to the fact that I was there when it was bit raining for two days. This might have influenced my impression. 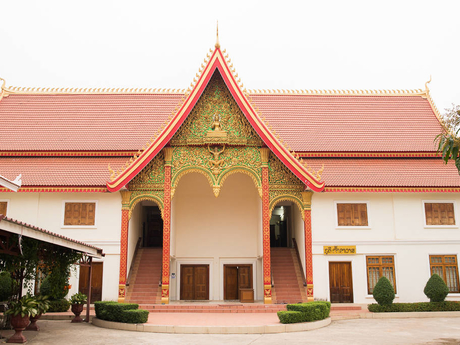 Beautiful Buddhist temples like Pha That Luang seem to be hidden among the houses. Pha That Luang is one of the most interesting and largest stupas in Laos. King Setthathirath built it in 1566. In 1953, it was renovated. Gilded stupa is 45 meters high. It is said that inside is a relic of Buddha. Haw Phra Kaew is also famous. It is a temple of diamond Buddha where you can find a museum today. 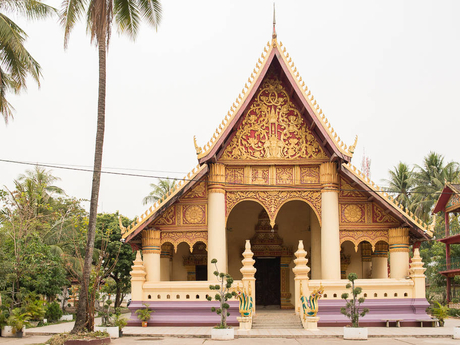 Patuxai, an arch of triumph, is one of the city’s symbols. It is inspired by the one in Paris but also by Laotian style and mythology. You can climb up to the top. From there, you have a view of the city and the Mekong valley. A Buddha park is another place worth seeing. It is on the Mekong mere 30 kilometers to the south from the city. Since the 1950s the compound introduces you to a collection of Buddhist and Hinduist statues. They create interesting symbiosis with nature. 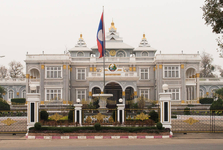 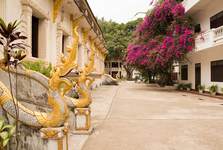 I think it would have been a pity to miss Vientiane when being in Laos. But it there is no point to stay there more than couple of days. In Vientiane, you can see what influence can a Communist regime have on its people. It will perhaps remind you of how it looks in post-Communist Central-European countries. Also, you will have a peak in the history of the country and you will prepare for a journey in the inland.

Published: 17.8.2020
When you say Laos, most people think of the famous Kuangsi Falls and the city of Luang Prabang, a UNESCO World Heritage Site. But on your way to Laos, don't forget to visit the southern part of the country. Wondering why I'm here? Here you will find the Bolaven plateau, a trail full of waterfalls, coffee plantations and amazing scenery. Experience an unforgettable motorbike ride along the Bolaven Plateau, also known as Pakse Loop.

Published: 13.7.2020
The industrial city of Thakhek is not a major tourist destination, but few people know that the Thakhek circuit, known in English as Thakhek Loop, is one of the best attractions to visit in Laos. Do you long for adventure and do you have enough time? Embark on a 450-kilometer-long four-day motorbike ride through the Laotian countryside!