A minivan ride from Luang Prabang to Phonsavan takes a whole day. There is a reason why they call Phonsavan "heavenly hills". Upon the arrival at this quiet town, we see green hills, serpentines, deep gorges, and rice and cofee fields all under the mild mountain climate. Nature would take over the entire area but the heritage of the past still dominates. 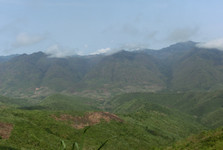 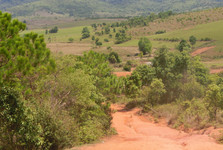 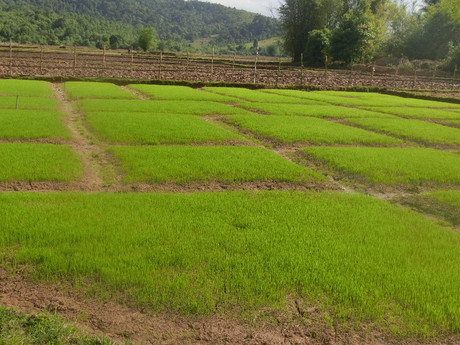 Phonsavan is the capital of Xieng Khouang a province in Laos. In this province, there is even a UNESCO sight: Plains of jars. The two thousand years old jars are up to one meter high and cattered over 20 places in Phonsavan.

Three localities are the most well known. Hai Hin Phu is the closes one to Phonsavan and there are 200 jars. It takes about half an hour to cross 15 kilometer road. The other place contains 90 mysterious stone things. The most remote place of the three is Hai Hin Laat Khai and its location is amazing. Hai Hin Laat Khai is situated near rice fields. There are 150 jars. All places are managable in one day. The best would be to hire a taxi for all day or rent a motorbike. 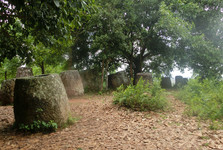 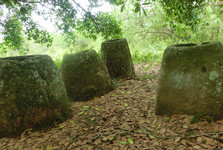 They don't recommend to get off marked trail in Phonsavan and its immediate surroundings. White rtablets line the trail and they ensure the toursist and locals remain safe. Phonasavan is a place deeply affected by the Vietnam War for it was through here where the Ho Chi Minh Trail ran. It was vital for the movement of weapons and goods during the war.

The secret war lasted between the years 1964 and 1973. The end date has no relevance. The only war which has not yet ended. Therefore, they call it the "forgotten" war. There is a lot of unexploded ammo in the area - mines, shrapnels, or cluster munition. Imminent danger no one talks about. 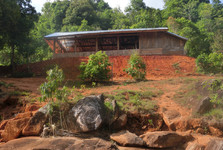 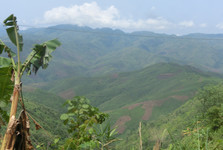 There are two organizations dealing with the mine fields in Phonsavan. The Mines Advisory Group and the Unexploded ordnance. They deal with defusing and prevention of the left ordnance. They also hold workshops and lectures at schools so children would learn what to do. Both organizations work toward lessening the risks and rising awereness of other countries. A tough job to do. 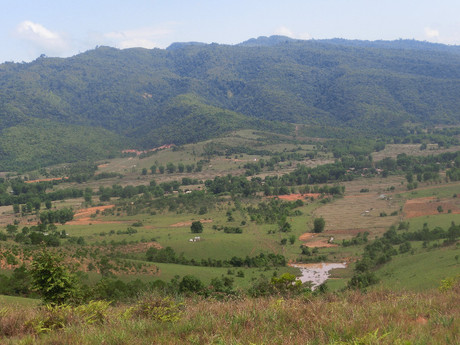 Mystery is what perfectly depicts this land of jars. Nobody has been able to explain the true purpose of the jars. Some think that granite items were used to store rise. Others thought they were used for wine fermentation. And some consider them places of burial. To solve the mystery and reason behind the forgotten war will take some time. However, the locals bear the war on their mind and they used the defused ammunition for greater good - as pillars of their houses, water tanks, or even spoons.